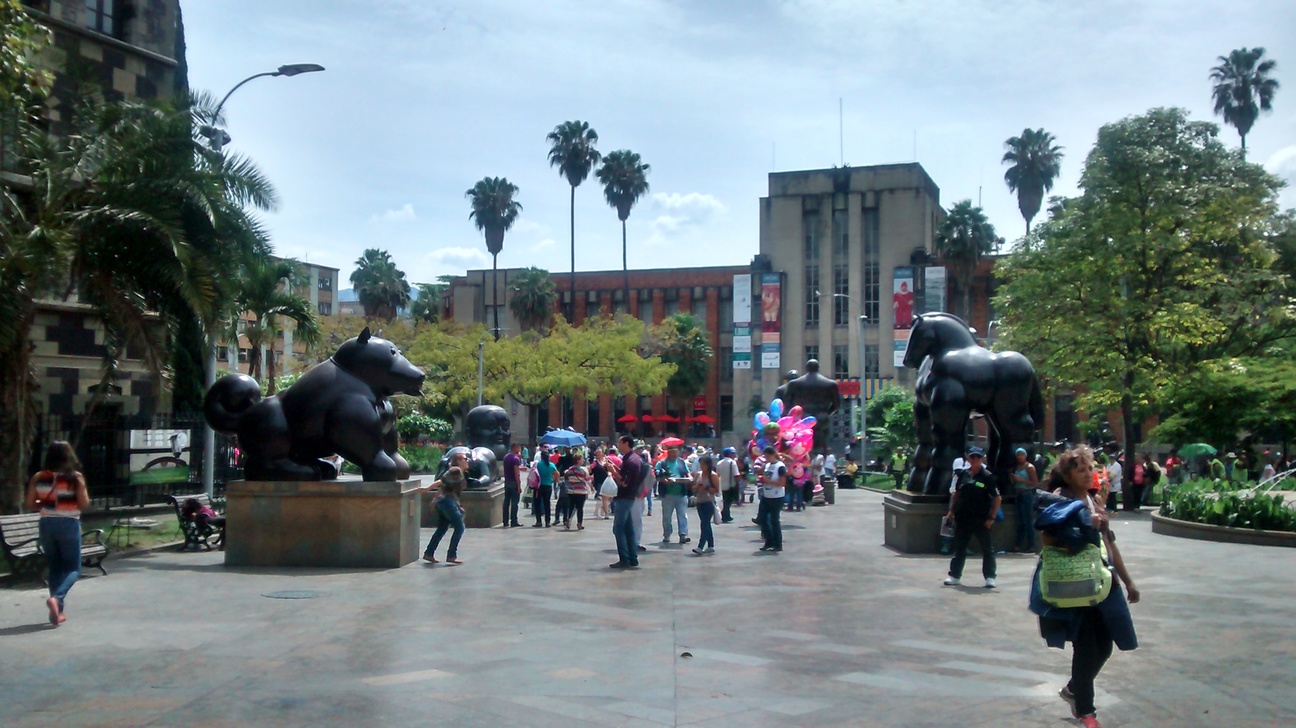 I switched from full time employment to remote freelance part-time work a few months ago so I could mix work and travel. The term commonly used to describe this kind of lifestyle nowadays is a "digital nomad."

I decided to make Medellin my first stop as I've heard good things about it as a digital nomad destination and I remember having a really great time in Colombia when I visited the country 3 years ago. I only spent a few days in Medellin that time but I remembered it being a very modern city with a nice spring-like climate due to its higher elevation. I committed 9 weeks here this time to get to know it better.

Below is my cost of living breakdown for 1 month. During the period I was in the country, the exchange rate averaged around 1 USD = 2,500 COP.

Transportation (including trips to nearby towns): $25


As you can see, I splurged quite a bit on housing. I stayed in the most expensive part of the city, the El Poblado neighborhood. This is probably the most developed part of Medellin, lots of tall buildings and expensive shopping malls. The rest of Medellin actually looks very different from El Poblado. 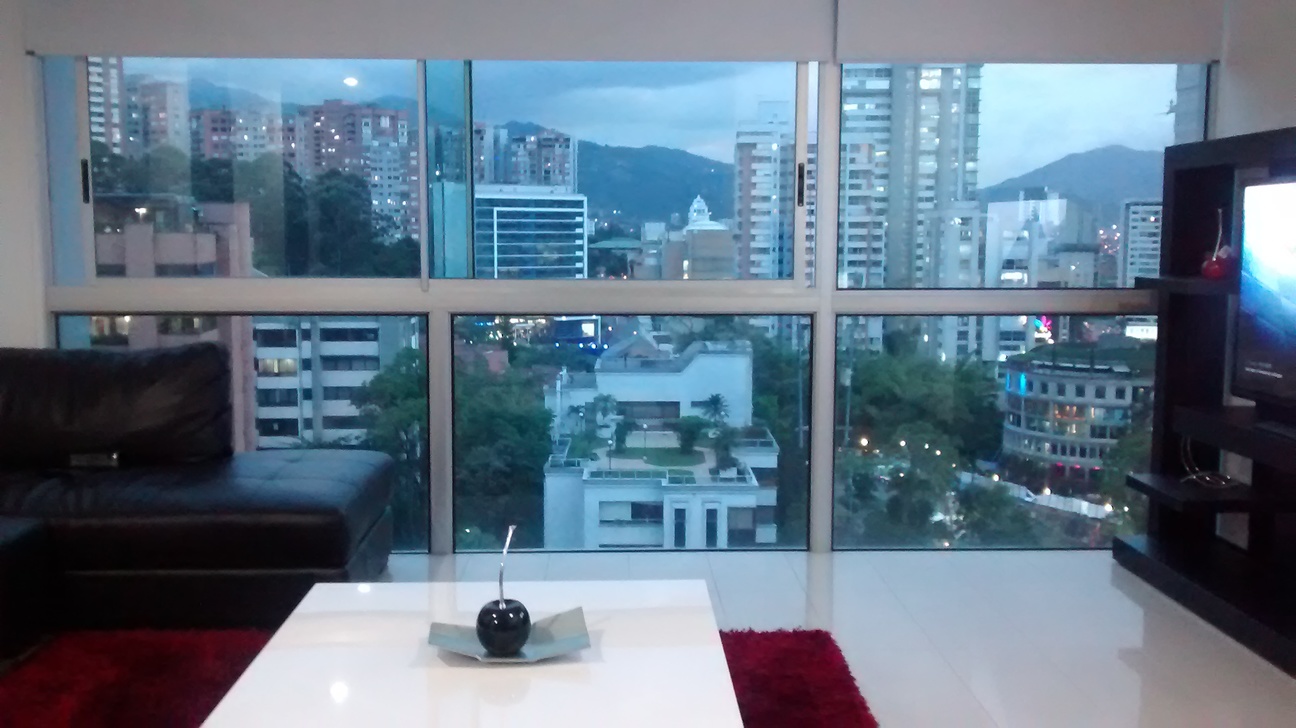 I chose a furnished one-bedroom in a very modern high rise apartment building with 24/7 security, Nueva Alejandria. I liked the location as it's near a major road where lots of buses and taxis pass by. There are 3 big shopping malls and supermarkets within 3-4 blocks of the building. The building also has a rooftop pool with a great view of the city, a dry and wet sauna, and a small gym. While it is quite expensive, I still think it was a good value considering the location and what you get. Another popular neighborhood for expats is the Laureles area, but most furnished short-term rental apartments seem to be located in El Poblado.


For food, I usually shop at a supermarket called Jumbo inside one of the nearby malls. Prices here are similar to what you'll find in a U.S. supermarket. To save money, I could probably have done my shopping in the downtown area, but the extra cost was worth the convenience for me. I also sometimes buy food from street vendors near Poblado Park, usually fried chicken or empanadas.

Going to the movies is cheap here. I remember seeing the new Avengers movie the first night of showing and the ticket was less than $3.

The one thing that I remember the most from my visit to Colombia three years ago was how warm and friendly the people were. If you don't look like a local, people will usually try to have a conversation with you, curious where you're from and what are you doing there. They'll give you recommendations and will sometimes even go out of their way and give you their contact information insisting that you contact them if there's anything you need.

I also noticed a sense of pride from the paisas (what the people of Medellin are called). Just two decades ago, Medellin was considered one of the most dangerous cities in the world. Many people in the west probably still think that's the case even today, but I felt very safe in Medellin. I've been told by locals that they're sad how Colombia is still often associated with drugs and being dangerous when there's so many great things about their country.

There's also a growing tech community here and it's been named "Innovative City of the Year" in 2012. There's even an organization called Ruta N whose goal is to promote innovation in the city.

Getting around is cheap and easy. Plenty of buses around and the metro system is very reliable and modern. Taxis are also cheap, minimum fare was 4,600 COP (around $1.84, and I think that could cover 4-5 km). Make sure that the driver uses the meter (should only be off when going to the airport in Rio Negro as that fare is fixed).

For going out, the most popular place to go appeared to be Parque Lleras. It's a small area packed with bars, clubs, cafes, and restaurants. Friday and Saturday nights after 12:00 am are the busiest. Not really my kind of place, I usually only come here to attend language exchange meetups and I'm usually out of there by midnight, when the parties are just getting started.

Since I work remotely, I spent a lot of times at coffee shops. My day usually starts by doing 3 or 4 hours of work in my apartment and then go to a coffee shop in one of the malls for the rest of the day. The equivalent of a Starbucks here is Juan Valdez. From what I've heard Starbucks just opened up their first shop not too long ago in Bogota, didn't see one in Medellin. Another coffee shop I visited frequently was Toda Fresa.

My favorite mall was Santa Fe mall, mainly because it's only 4 blocks from my apartment and there's decent Wi-Fi and comfy seats throughout the mall. It has a nice food court on the top floor and the mall's roof is also retractable. You can catch a nice breeze up there in the afternoon. You can also find outlets by some of the tables and it's usually not busy, so I pretty much made it my office. I even see old people playing chess there sometimes. 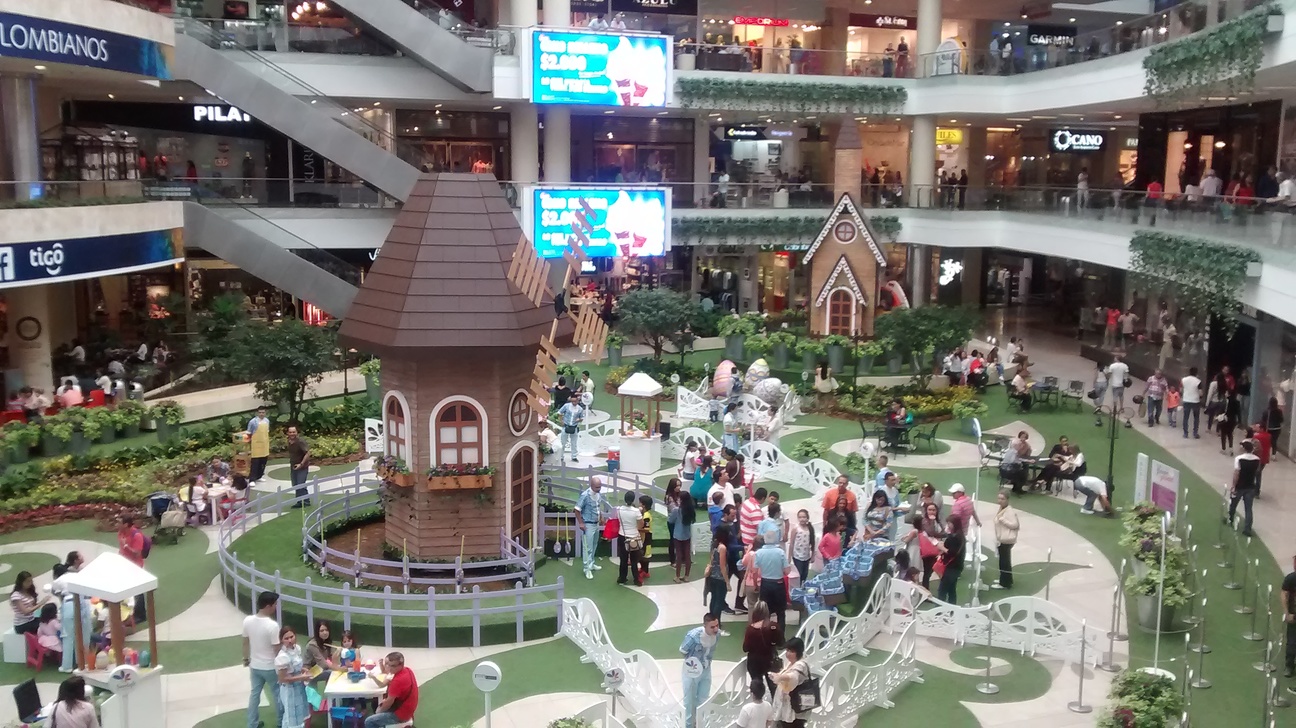 If you're a meat lover, I can recommend a couple restaurants:

Things to See and Do 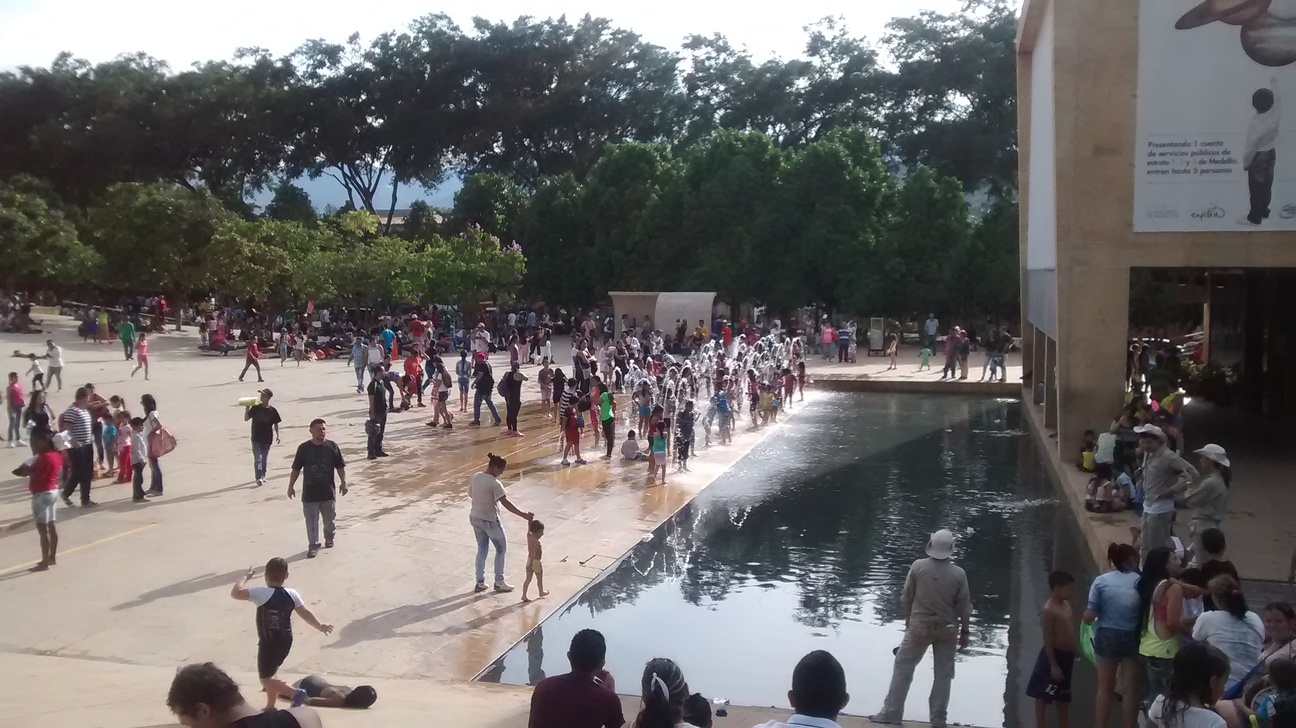 There's not much to actually see in Medellin. You can probably visit most of the tourist spots in a couple of days. A few places I'd recommend:

You can also do day trips to nearby towns such as Guatape, Jardin, Santa Fe, and Santa Elena.

On Sundays, they close off one side of Avenida Poblado until 1pm for people to walk, bike, or skate. You'll find street vendors there selling food and drinks. It's good for people watching as well.

If you want to practice your Spanish, there are plenty of language exchange meetup groups in Medellin. Cycling is really popular here also, you'll see groups of cyclists often and I'm sure there are meetup groups for them as well.

Overall, I enjoyed my 9-week stay in Medellin. I've made a few friends here and I can see myself coming back in the future.

I was a little disappointed that the tech community wasn't as big as I expected, but it seems to be growing pretty quickly. I'm a Python/Django developer and someone just started a group for it while I was there, but there wasn't a meeting scheduled yet. The Ruby/Rails community was much bigger and they actually have talks in English.

If you've lived in a big city like New York, Medellin will feel quite small in comparison. If I wasn't working on anything, I'd probably get bored pretty quickly. But for digital nomads, I find it a good city to live in for a month or two due to the spring-like weather, lower cost of living (compared to major western cities), and the friendly people.