All the web apps below were built in Python using the Django web framework.

Shopify apps. Building them with a good friend of mine who's also a developer.

We've built 5 apps so far, all written in Python/Django. 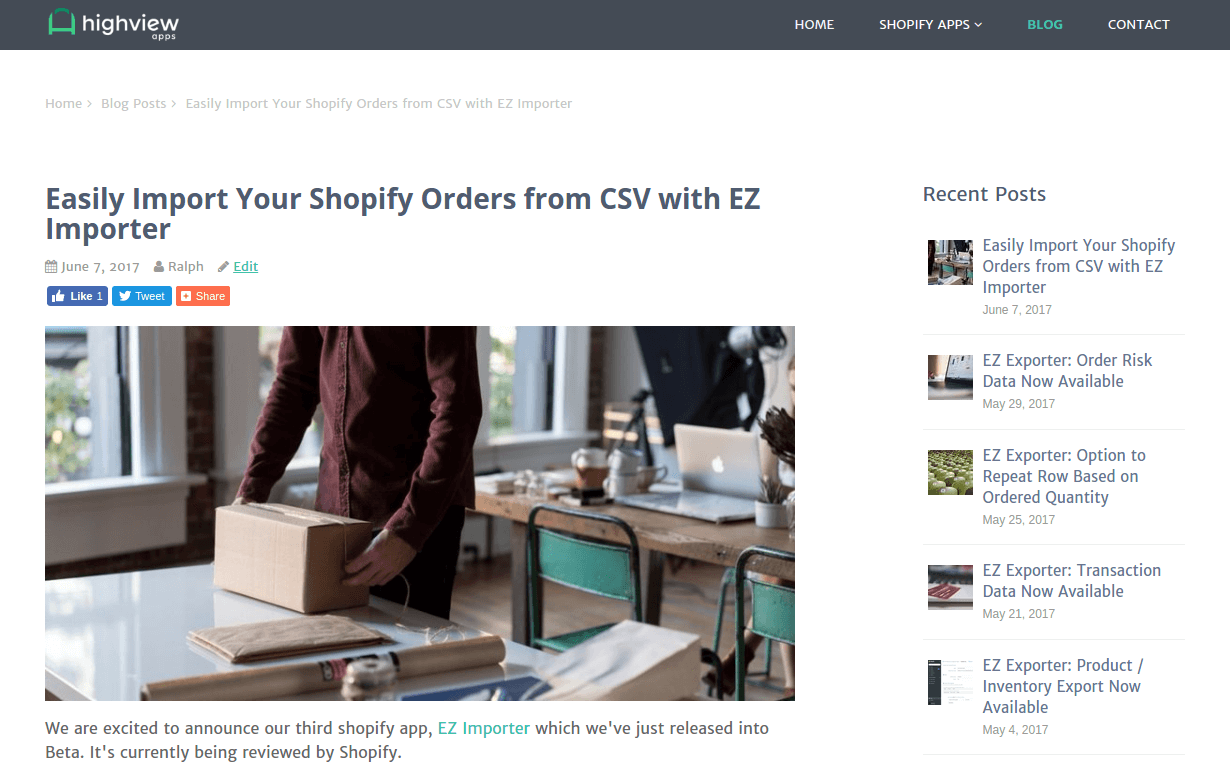 A job board and aggregator specifically for remote Python jobs. Also has a developer directory where you can find and contact remote Python developers. 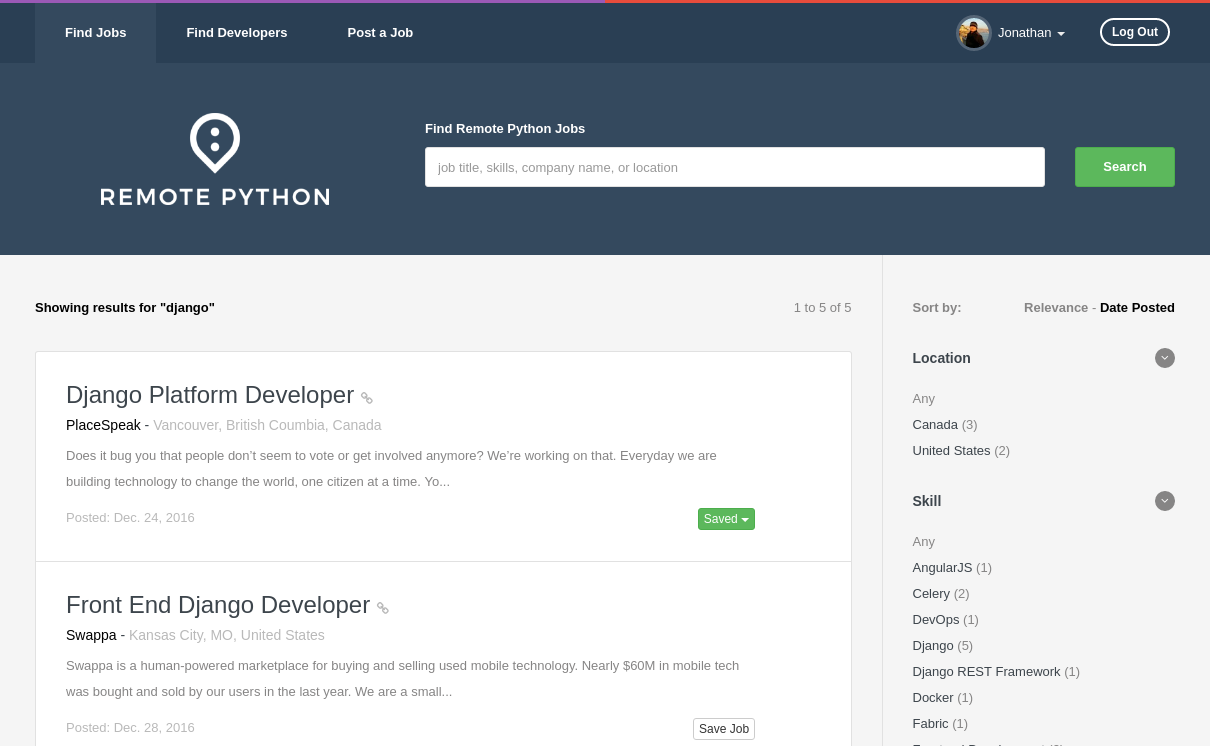 Yup, this blog is built in Django. 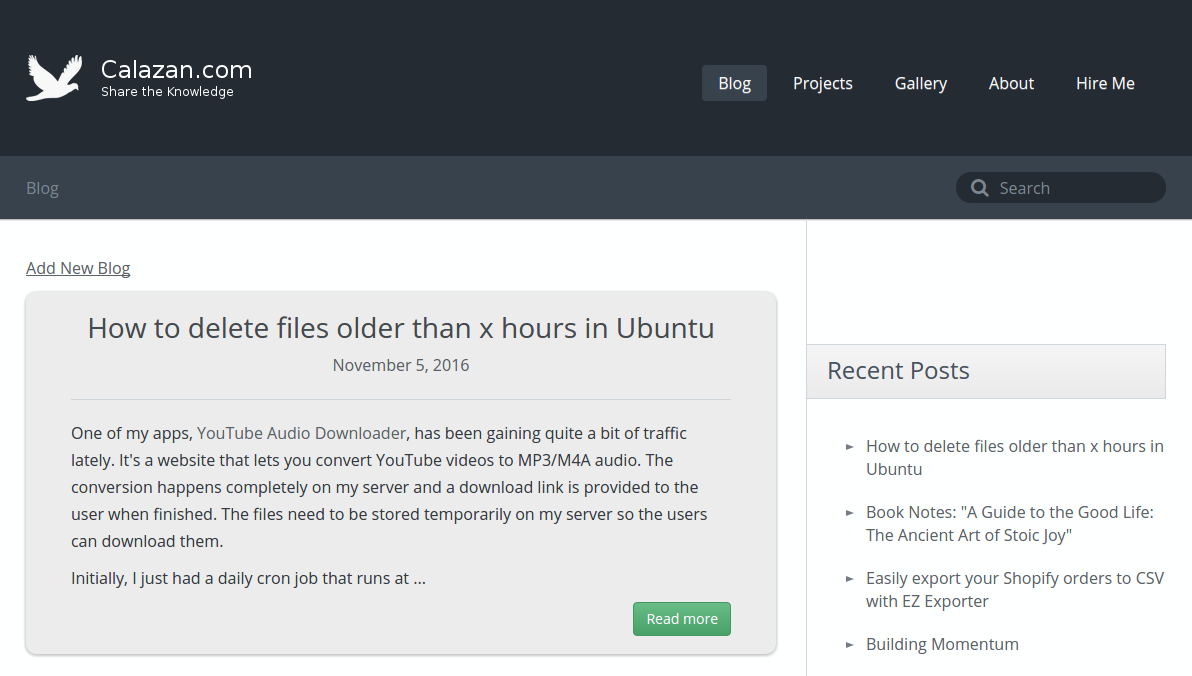 A web-based application for keeping track of blood glucose levels (designed for people with diabetes, but non-diabetics might also find it useful). 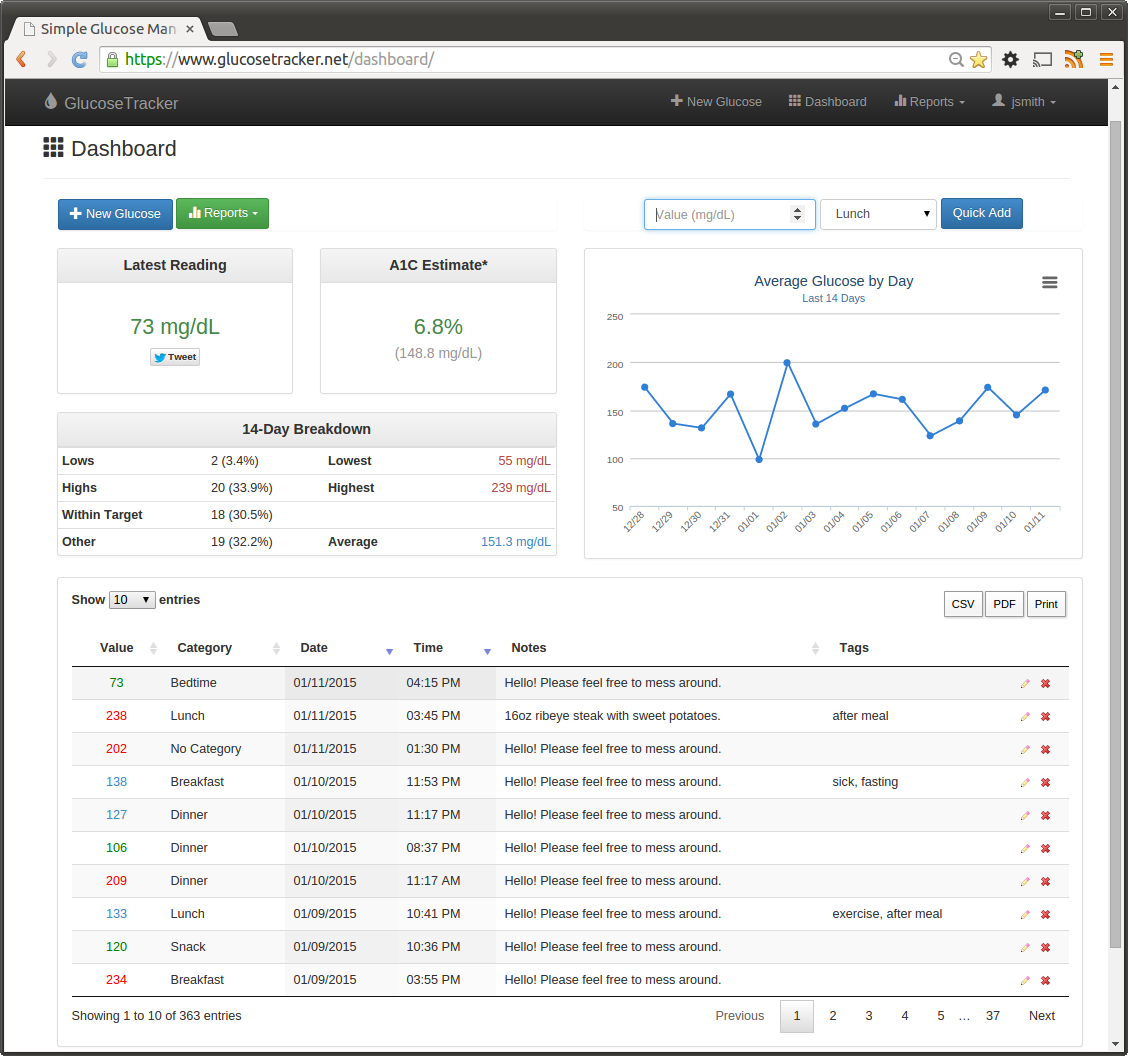 *This app is no longer maintained.*

The app allows you to track prices of products found on Amazon.com. You set a target price and the app will send you an email notification when the price drops to your target or below. It also shows the product's price history. 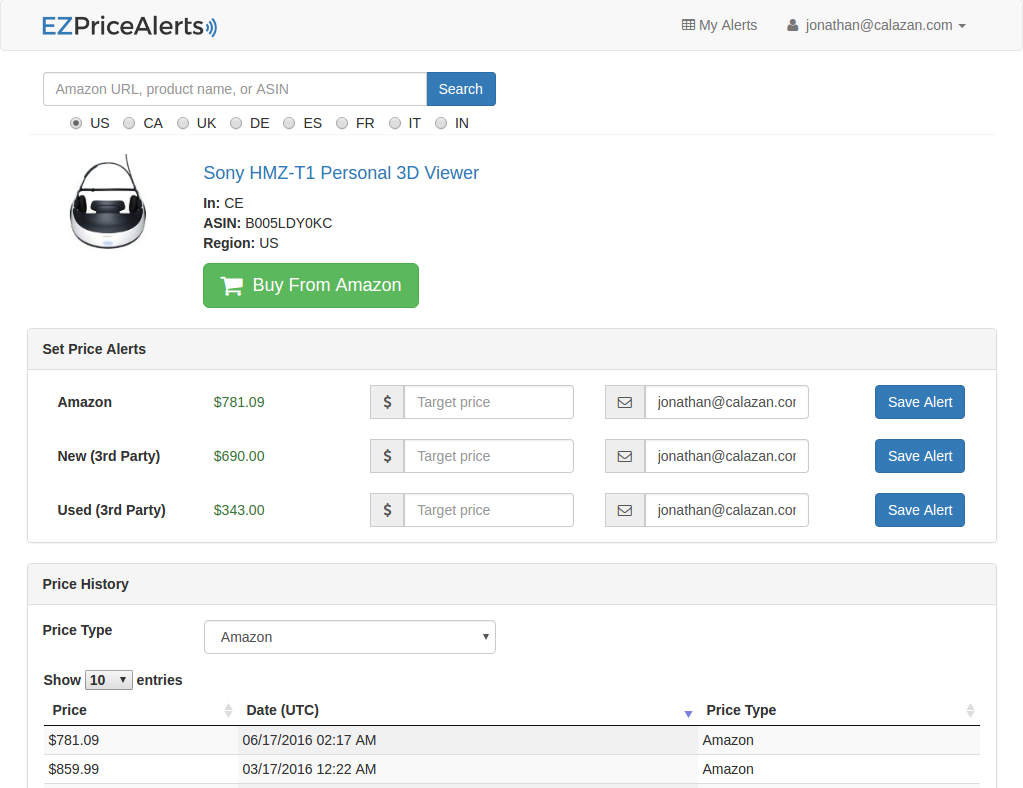 Ansible Playbook designed for environments running a Django app.Installs and configures these applications that are commonly used in production Django deployments:

A set of Dockerfiles that can be used to set up a local Django development environment using Docker. Docker images are available in Docker Hub as well (automated builds): https://hub.docker.com/u/jcalazan/

You can view all my open source projects on GitHub: https://github.com/jcalazan

Feel free to fork them!