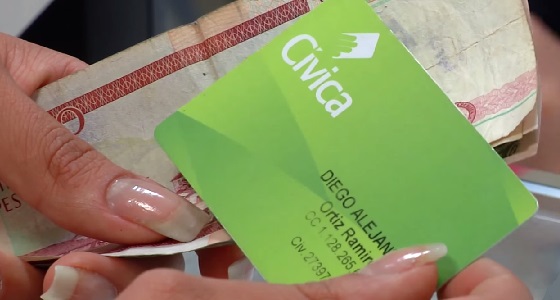 Medellin has a very modern metro system, but one of the things you'll notice when you first use it is the long line at the ticket window. For some reason, the stations don't have ticket machines.

If you use the metro a lot, it's very much worth the effort to get a Civica card. It will save you a lot of time in the long run plus you get around 12.5% off the regular ticket fare (1,750 COP instead of 2,000 COP). The Civica card is also free.

I got mine at San Antonio metro station in the city center. There's a small office after you pass through the turnstile (look for an office with the logo of the Civica card), so if you're passing this station on your way to another station you won't have to exit and pay again.

Note that the line can get pretty long. When I went there were only 3 people ahead of me, but as I was leaving the line was all the way outside.

You can add money to your card at the same ticket windows by the entrance of the stations. Just hand in your card and tell the person how much you want to add.