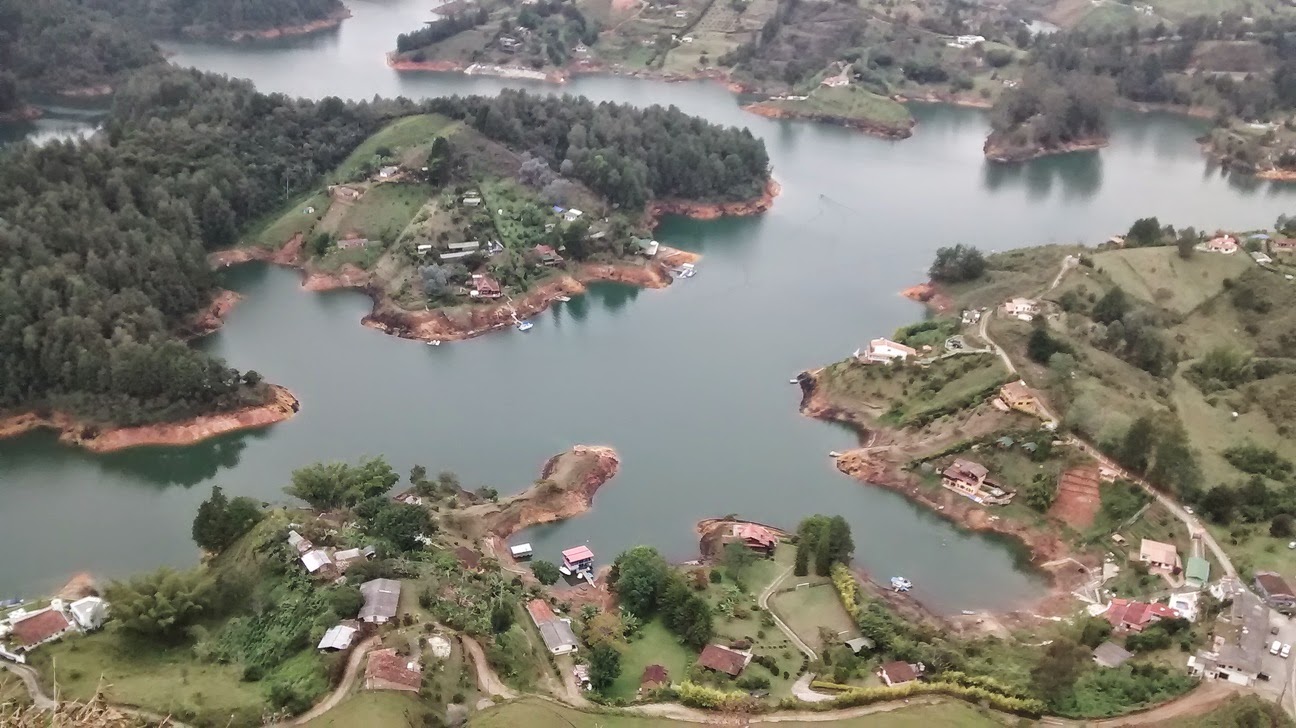 A 2-hour bus ride from Medellin is the small town of Guatape, a popular weekend destination for people living in Medellin. I decided to check it out last Sunday with a friend I met at a language exchange event.

Buses leave from Medellin every hour. We met up at the Poblado metro station and took it to the Caribe stop, which is connected to the Terminal del Norte where the buses to Guatape depart from. We looked around for a sign going to Guatape and saw a bus line called Sotrasanvicente that was about to leave at 8:30am. As expected, it was busy and the bus was full. The one-way fare cost 12,500 COP. We tried to get a roundtrip ticket but apparently they don't sell roundtrips, we have to buy the ticket from Guatape on the way back.

The bus ride was quite scenic, a nice change of view. Most people on the bus, including us, got off at the stop near 'La Piedra' (The Stone) in El Penol. It was around a 10 minute walk from there to the entrance of La Piedra, where you can climb up 500 or so stairs to get a beautiful 360 degree view of the surrounding area. The entrance fee was 10,000 COP. This is a popular tourist destination so there were people selling food, drinks, and souvenirs at the entrance and at the top. There were bathrooms there as well. 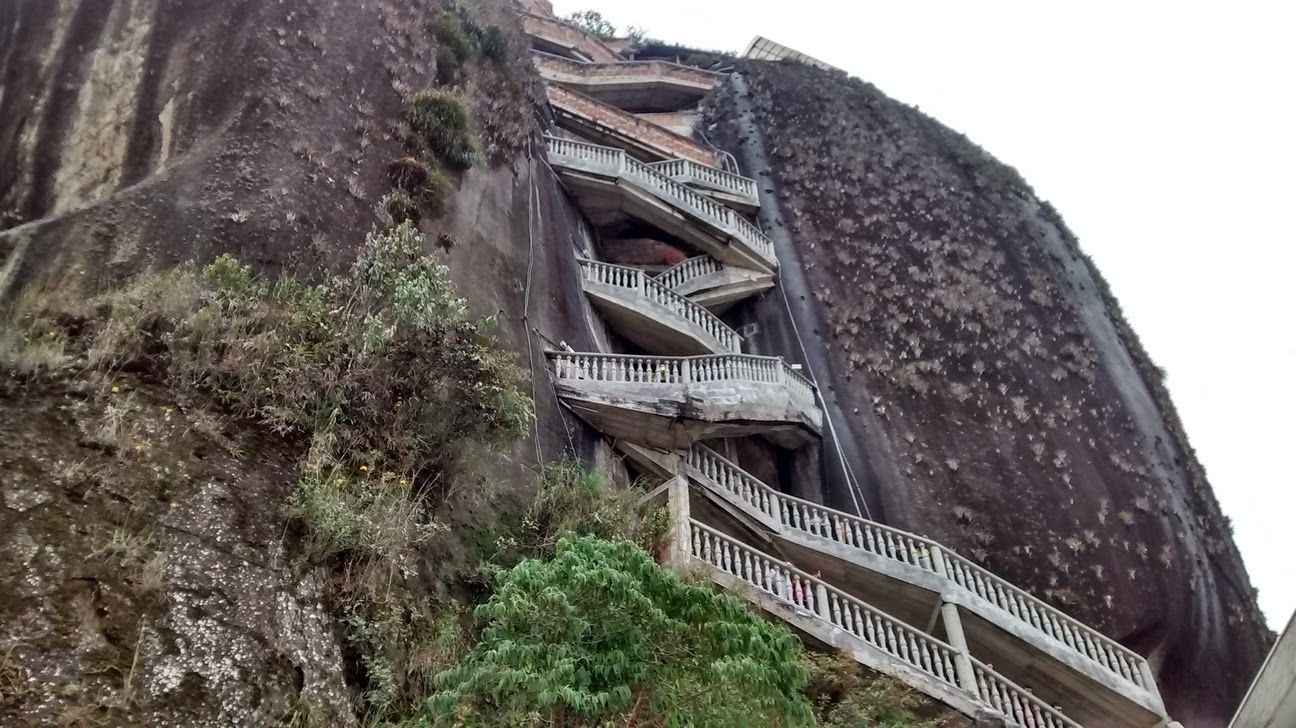 It was already very busy when we got there, lots of big tour buses parked at the parking lot. We stayed at the top for some time, enjoying the views and taking lots of pictures. The scenery was definitely beautiful.

After that, we headed down and took a tuk-tuk to the town of Guatape, around a 15-minute ride. The guy asked for 15,000 COP for the two of us, tried to bring down to 10,000 COP but he wouldn't go for it. Not sure what a fair price for the ride is but we just took it anyway instead of walking back to the spot where we were dropped off where we have more options for transportation.

As we arrived in town, the first thing we noticed was how beautiful it was. Very colorful houses with paintings. Got an old-school look to them. They probably maintain them quite well for tourism, some of the walls looked freshly painted.

We were pretty hungry at this point and decided to get lunch. We ended up getting something near the main plaza. Not many people around yet. The popular dish in Guatape is fried trout, which my friend got. I got meat instead but did try a small piece of the trout and it was pretty good. After eating, we walked around a bit more and the town is actually bigger than we originally thought. We also learned that the best place to eat is near the lake, where it was packed with locals and the food was cheaper! Oh well, too late, we were full.

Another popular thing to do here is ziplining. I think the fee was 10,000 COP. We both have tried ziplining before so we didn't do it and just watched the people instead. There were also a bunch of food stalls by the lake. The "bus station" was nearby (actually just a small parking lot and a tiny office that sells tickets). We decided to purchase our ticket back to Medellin ahead of time as we figured there will be a line later in the afternoon when everyone's headed home. That gave us a couple more hours to roam around.

At some point, it started to get really hot so we went to get ice cream. We spent quite a bit of time here as we were pretty tired from all the walking and talked about travels. He's well-traveled as well so we had a lot to talk about. We then headed back to the bus station 15 minutes before departure and saw a long line of people buying tickets. We were glad we bought them ahead of time.

Guatape is definitely a nice day trip to do while in Medellin. There are hotels/hostels there as well if you like to spend more time. Personally, though, I think one day is more than enough.