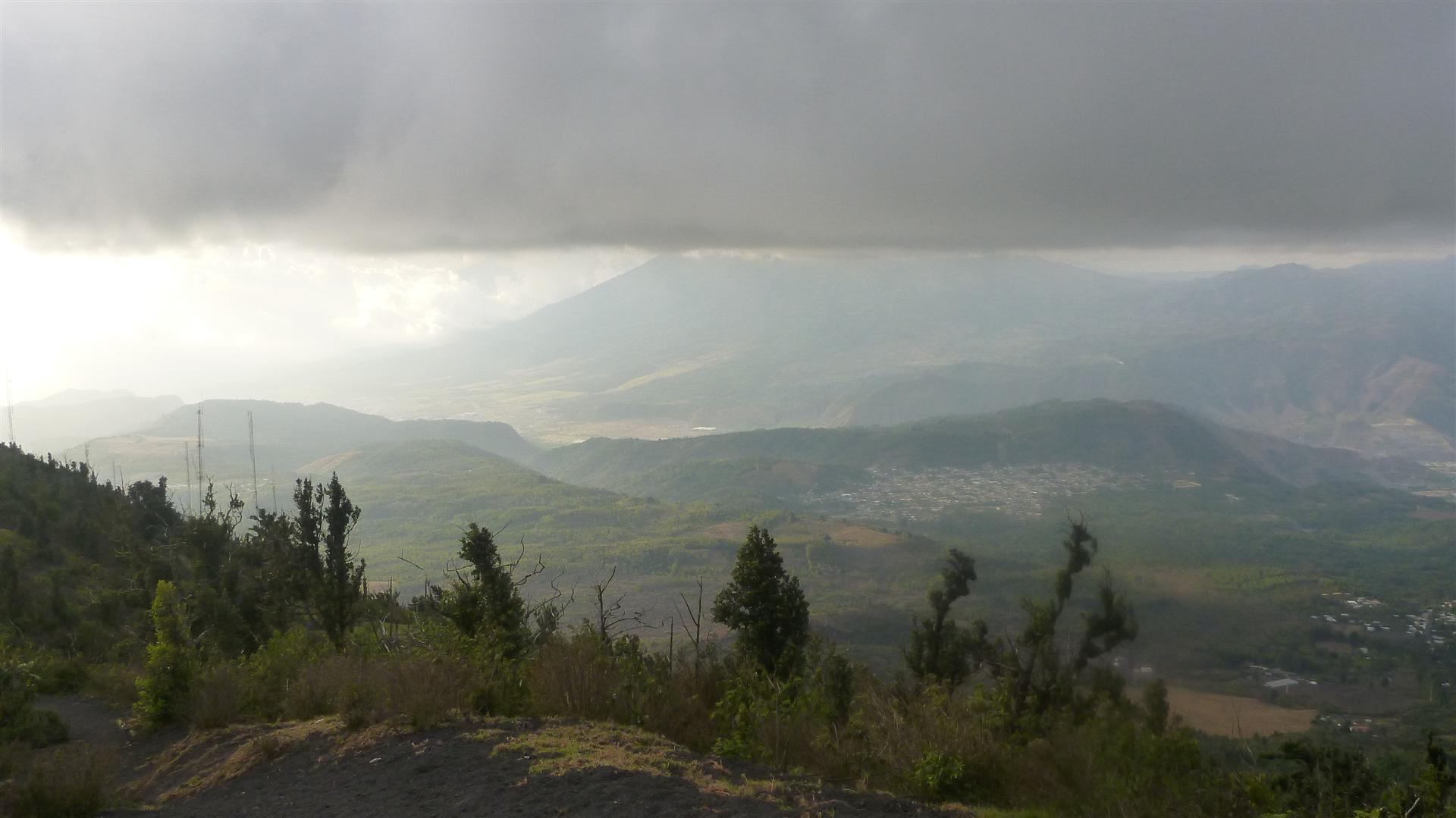 About an hour and a half from the center of Antigua, Guatemala is the park entrance to the Pacaya volcano. Pacaya is an active volcano that actually last erupted just two years ago on May 27, 2010.

I’ve been on other volcanoes before, but this is the first time I’ve been on an active one. My Spanish school in Antigua organized a tour one afternoon and about 7 of us joined in. A shuttle picked us up in front of the school, which cost 70 quetzales (around $9) round trip. There were 4 other people on the shuttle, they really filled it up. We left around 2:30 PM.

At the park entrance, you have to pay 50 quetzales (around $6.41) to get in. As soon as you get off the bus you’d be surrounded by children selling you walking sticks. They’ll sell it to you for 3-5 quetzales. I didn’t buy one but I could see it being pretty helpful especially on the way down. You can choose to ride a horse also instead of walking for about 100 quetzales ($12.82) one way.

A guide was assigned to our group and then we started moving. I’m not sure if a guide is required to enter the park. I would’ve actually preferred not to use a guide so I could move at my own pace. He moved a little too fast for me.

The trail was pretty steep, especially in the beginning. It’s about a 3.5-kilometer (around 2.17 miles) hike and I have to say that it was a pretty tough climb for me. The scenery at the peak is definitely worth it though! Beautiful views of the other towns, Guatemala City, lakes, and mountains from up there. 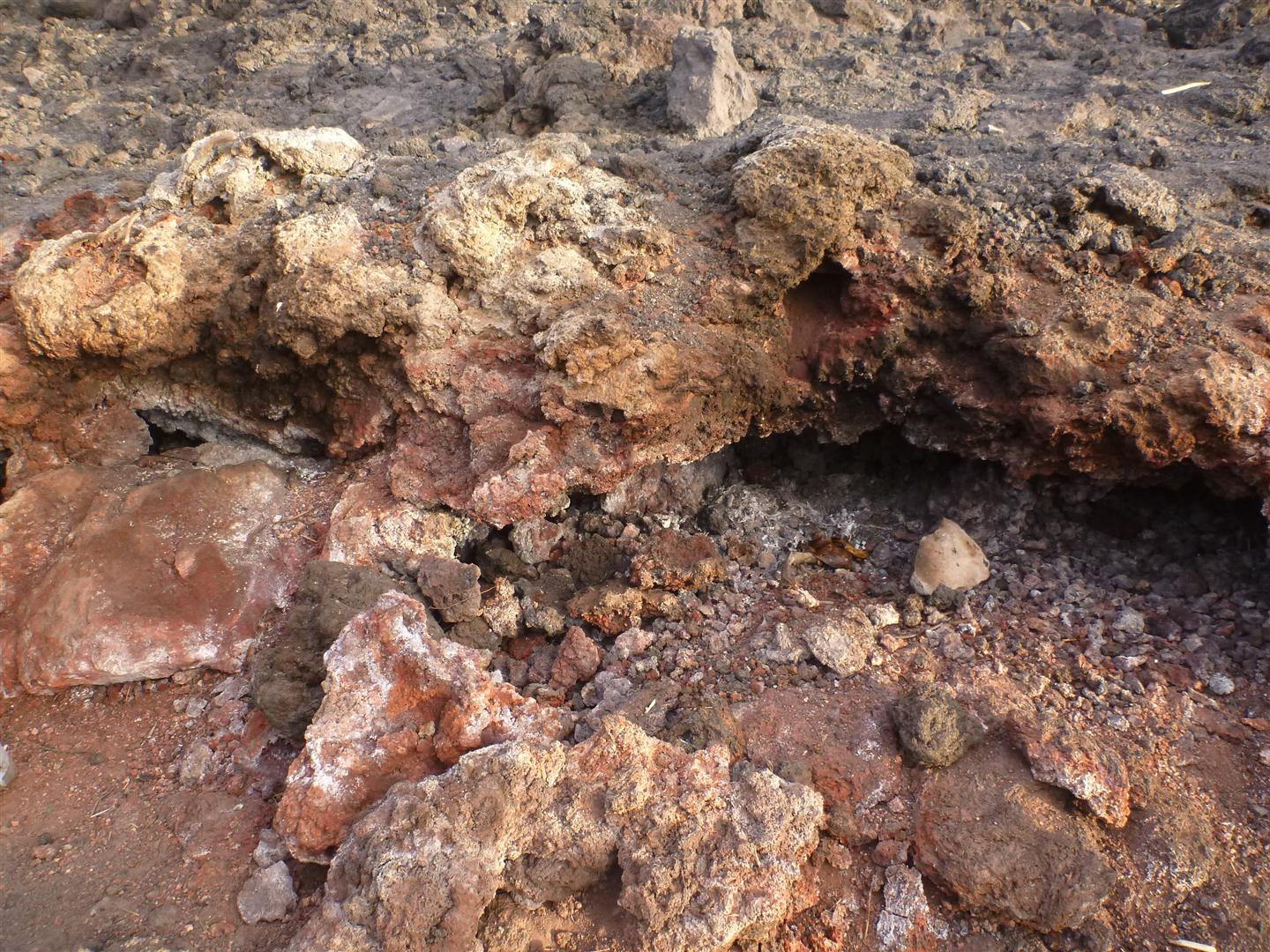 We then started climbing down (the fun and easy part!) to the craters and checked out some of the lava that are still very hot. There were two girls in our group who brought marshmallows and shared them with everyone, which we then used to make some delicious s’mores from the lava! Not something you do everyday. We hung out at that spot for a few minutes and then headed back as it was getting dark. It’s a good idea to bring a flashlight if hiking in the afternoon. Beautiful sunset on the way back.

Once we got back to the shuttle we saw one of the other volcanoes (I believe it’s called Acatenango) erupted a couple of times. They were small eruptions but we could see the lava very clearly from far away.

To make an interesting day even more interesting, our shuttle broke down with still about an hour left of driving back to Antigua just outside of Guatemala City. Not the safest area to be stuck in. The driver couldn’t figure out the problem so he called to have another shuttle come pick us up, which would have taken at least an hour if it was coming from Antigua. About half an hour later, a small tow truck came.

We thought the tow truck was there to tow the broken shuttle after the new shuttle arrives, but it was actually there to tow it while we’re inside! We had to take a different and longer route with better roads as it would be pretty dangerous to tow a fully loaded shuttle bus on the other route. It dropped us off just right outside of Antigua as the city has cobblestone streets, where another shuttle was waiting to drop us off at our hotels. We got back pretty late, around 10:00 PM, but at least we made it back in one piece :).