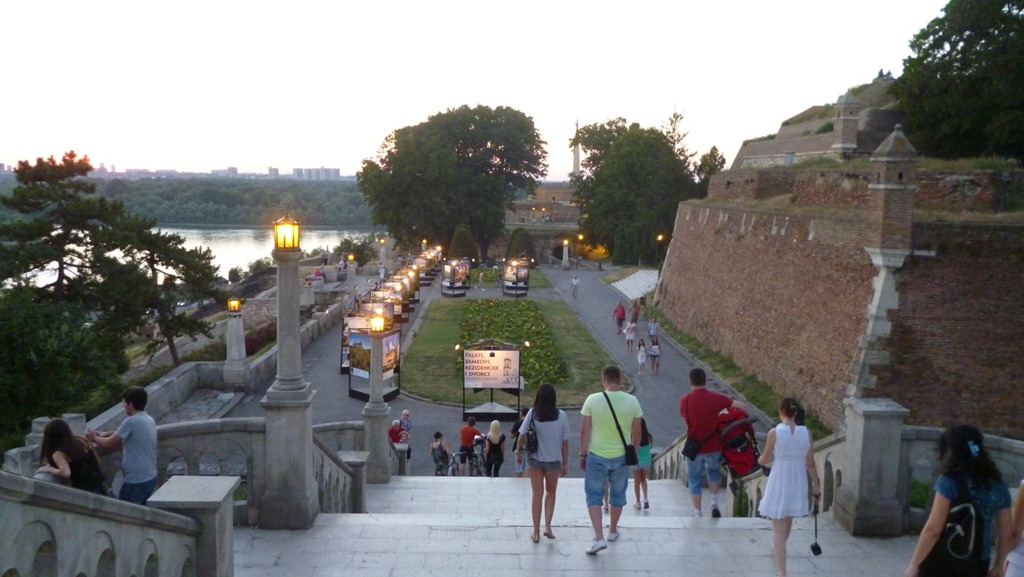 Just before my trip to Serbia, every time another traveler asks me where I was going next, they’d get a puzzled look and ask “Serbia? Why are you going there?”.

Serbia doesn’t seem to be really known as a tourist destination. The main reason I was coming here was to actually just visit a Serbian friend I met in Seattle over 3 years ago when I was there for a 1-week IT training. It was going to be a short visit, but then my friend mentioned all these festivals happening there during the summer so I timed my visit to make it to at least one of them. A few days quick stop got extended to 3 weeks.

The main cities to visit in Serbia are the capital, Belgrade, and Novi Sad just an hour away. 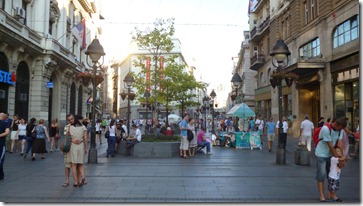 While Belgrade is not as pretty as other European capitals, I actually liked it a lot. It has a very laid back atmosphere and I found the people here very friendly. Just avoid the taxi drivers as they will always try to overcharge you by quoting a ridiculous amount, tricking the meter, or taking a longer route.

Getting around is very easy with trams and buses everywhere. It currently doesn’t have a subway system yet. You can buy the tickets ahead of time which is a lot cheaper or pay in cash directly to the driver. You’re supposed to validate your tickets or passes when you get on, though very few do this so most people can pretty much get free rides. I remember taking a bus one time and asked the driver how much was the ticket when I got on and he just pretty much pointed to the back and told me to just take a seat. So I don’t think even the drivers care whether the passengers are paying.

Some of the main tourist spots in Belgrade are the Kalamegdan Fortress/Park, Skadarlija St. known for its restaurants, Republic Square which is a popular meeting point and good for people watching as well, Ada lake, and Knez Mihailova St. which is the main pedestrian street surrounded by shops, cafes, and street performers.

There’s also a street called “Silicon Valley,” which I completely misinterpreted. I thought the street would be somewhat IT-related but it apparently got its name due to the number of women with silicone “enhancements” who frequent here.

Belgrade is also known for its nightlife, though I was told it’s not as good as it used to anymore due to complaints about noise from the locals. You can’t even buy alcohol after 10pm. I was here in the summer time and everyone seems to go clubbing on the boats by the Danube/Sava river for nightlife, which stay open until early morning.

I went with a group of people on a Monday night to one of these boats and there were only 2 boats that were busy that night. Some of these clubs won’t let you in without a reservation or if you look like you’re too drunk and might cause trouble. We went to one that’s not so fancy and played both Serbian and popular music. It was packed and the river setting was quite nice. I heard on Friday and Saturday nights you’ll have a lot more option. 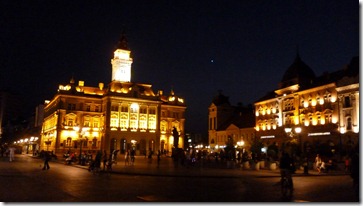 Novi Sad is the second biggest city in Serbia, but much smaller than Belgrade. It’s a beautiful city by the Danube river and very walkable.

There’s a very nice cathedral located in the city center. The city center gets very lively at night with both tourists and locals hanging out there. There are a lot of restaurants, bars, and cafes to choose from.

During the day it’s nice to visit Strand beach, located by the Danube river, to get some sun, have a picnic at the park, or just chill. The beach area is actually quite nice with real sand, then just behind it you’ll find a grassy area with trees. The entrance was only 50 dinars for the day.

There’s also the Petrovaradin fortress which is great to visit in the late afternoon to watch the sunset or to have a drink in one of the cafes with a nice view. 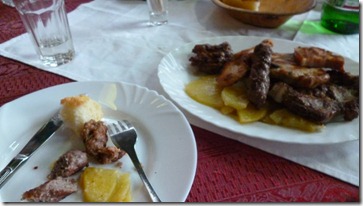 If you’re craving for a burger, try out the pjleskavica. You can also order a mix of grilled meat at most restaurants and the serving can be quite big. If you go to a festival, you might also see lots of roasted pigs and all kinds of grilled meat. One of my favorite dishes is called sarma, but depending on the season it might not be very easy to find.

For drinks, make sure to try out the rakia, quite strong but very good. It has really nice smell as well as it’s produced from fruits. 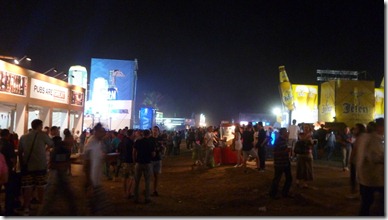 The Serbians definitely know how to party. There’s at least 3 big festivals during the summer: EXIT Festival in Novi Sad in July, Guca Trumpet Festival in Guca in early August, and the Beer Festival in Belgrade in mid August.

And if that’s not enough, there’s the Leskovac Grill Festival in early September where the world’s biggest hamburger is made. Then in late September there’s the Belgrade Foam Festival.

I only made it to the Guca Trumpet Festival and the Belgrade Beer Festival, which were a lot of fun. Next time I visit Serbia I’ll try to time it to attend the EXIT festival.

This deserves its own section. For a guy, it’s hard not to notice Serbian women. There were so many beautiful women everywhere when I was there. I’ll go as far as to say that I’ve probably seen more good-looking ones than average/ugly ones.

In Belgrade, just sit somewhere near Republic Square in the late afternoon and you’ll see what I’m talking about. You can spend hours there people watching and not get bored. This topic comes up a lot when talking to other male travelers.

Do a Google Image search for “Serbian women” and you’ll see that I’m not lying.

Living in Serbia also seems to be very affordable compared to the cost of living in the US. My friend told me that you could rent an apartment in Novi Sad for about $250-300/month. Belgrade will probably be a little bit more expensive.

Food can be pretty cheap as well. A big pjleskavica costs about $2. You can get a big slice of pizza for $1.50. A big meal with lots of grilled meat in a nice restaurant in the tourist area will run you around $7-8.

Entrance to one of the boat parties is usually free and a beer there would cost around $2-2.50. In the store, a big can of beer is around $1. Tap water is safe to drink.

You can get a prepaid SIM card for less than $2.50. I don’t know how much Internet costs here but there’s free Wi-Fi everywhere. Even ice cream stands advertise free Wi-Fi. Internet is also pretty fast.

Most Serbians speak English quite well, so getting by shouldn’t be a problem if you don’t speak Serbian.

I really enjoyed my visit in Serbia and it’s actually in my list of places where I could see myself living in for a few months. I’d met some really great people during my visit here. I will probably come back again at some point.