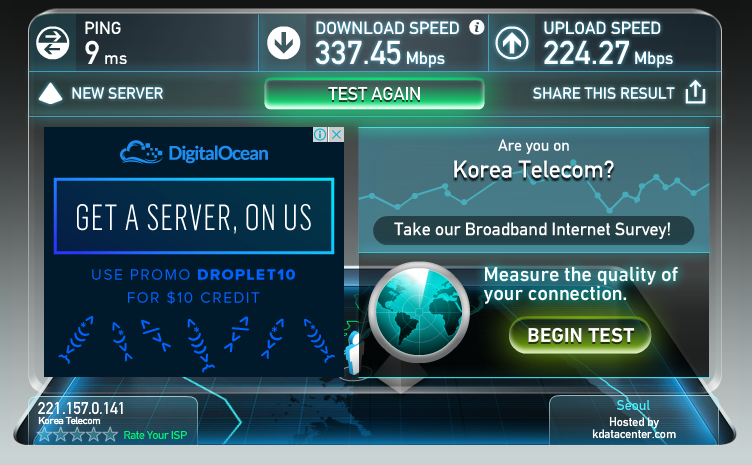 I've been in Daegu, South Korea for just over 3 weeks now and all I've done here so far is work from cafes. The last few weeks had been very busy for me as my business partner and I wrap up our SaaS app. Plus I still have my regular freelance gig as well, which actually made South Korea for me a good place to be.

I was in Manila, Philippines before coming here and it was such a difference. Much better infrastructure, cleaner, more organized, and really fast Internet. Though much more expensive as well, of course. But for getting work done, it's perfect. 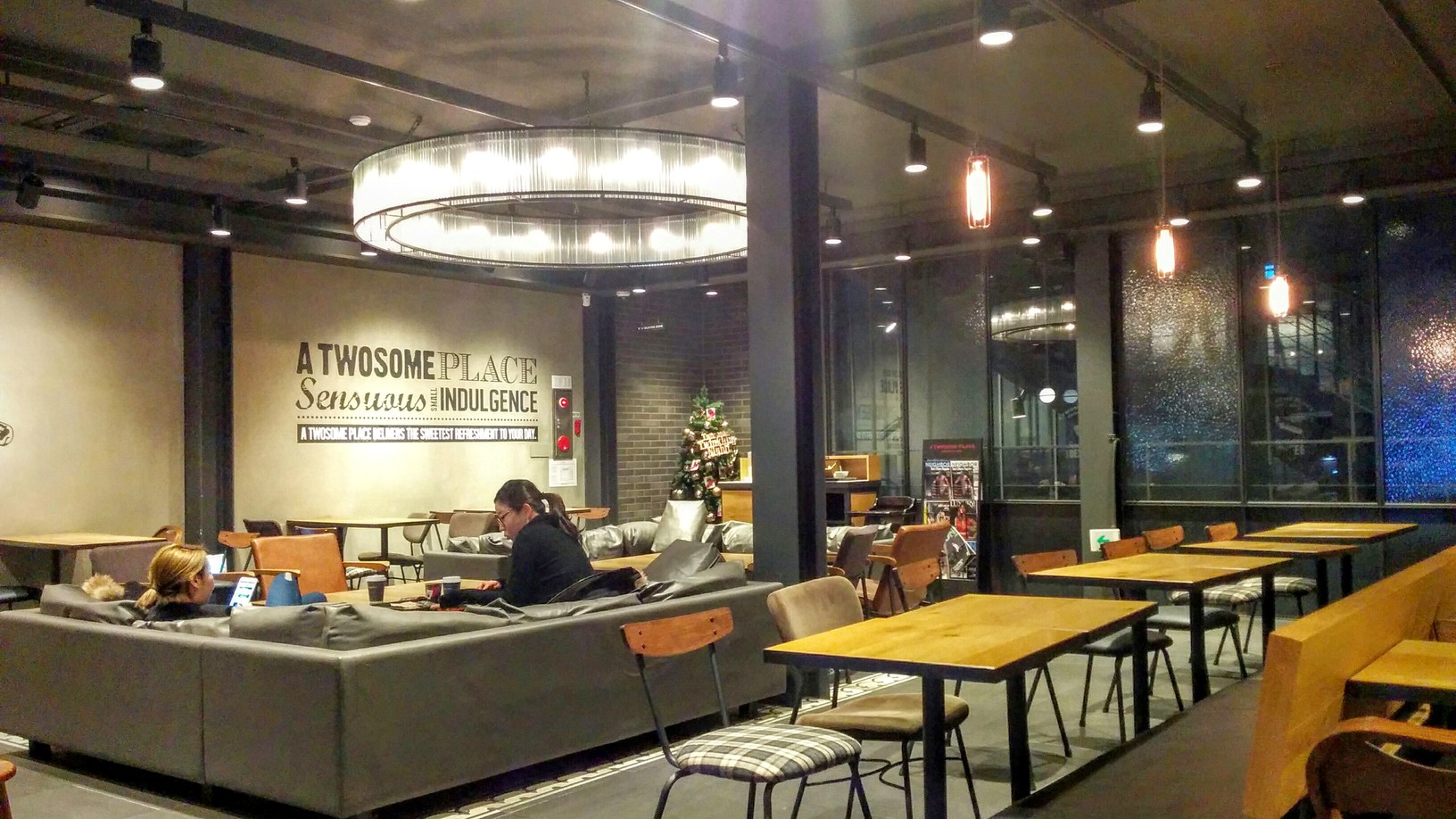 The coffee shops here are very nice and they're everywhere. They often have at least 2 floors, very nicely decorated, plenty of seating and power outlets. The're also almost always free water (except the Starbucks for some reason). They have some odd names as well: "A Twosome Place", "Droptop Coffee", "Angel In Us", etc.

Most coffee shops have at least a 20 Mbps connection (this is actually the slowest I've seen) and have multiple access points and even multiple lines. Usually you'll see the normal SSID with the name of the coffee shop and floor number and then you'll see a few other ones with the word "Giga" or "5G". 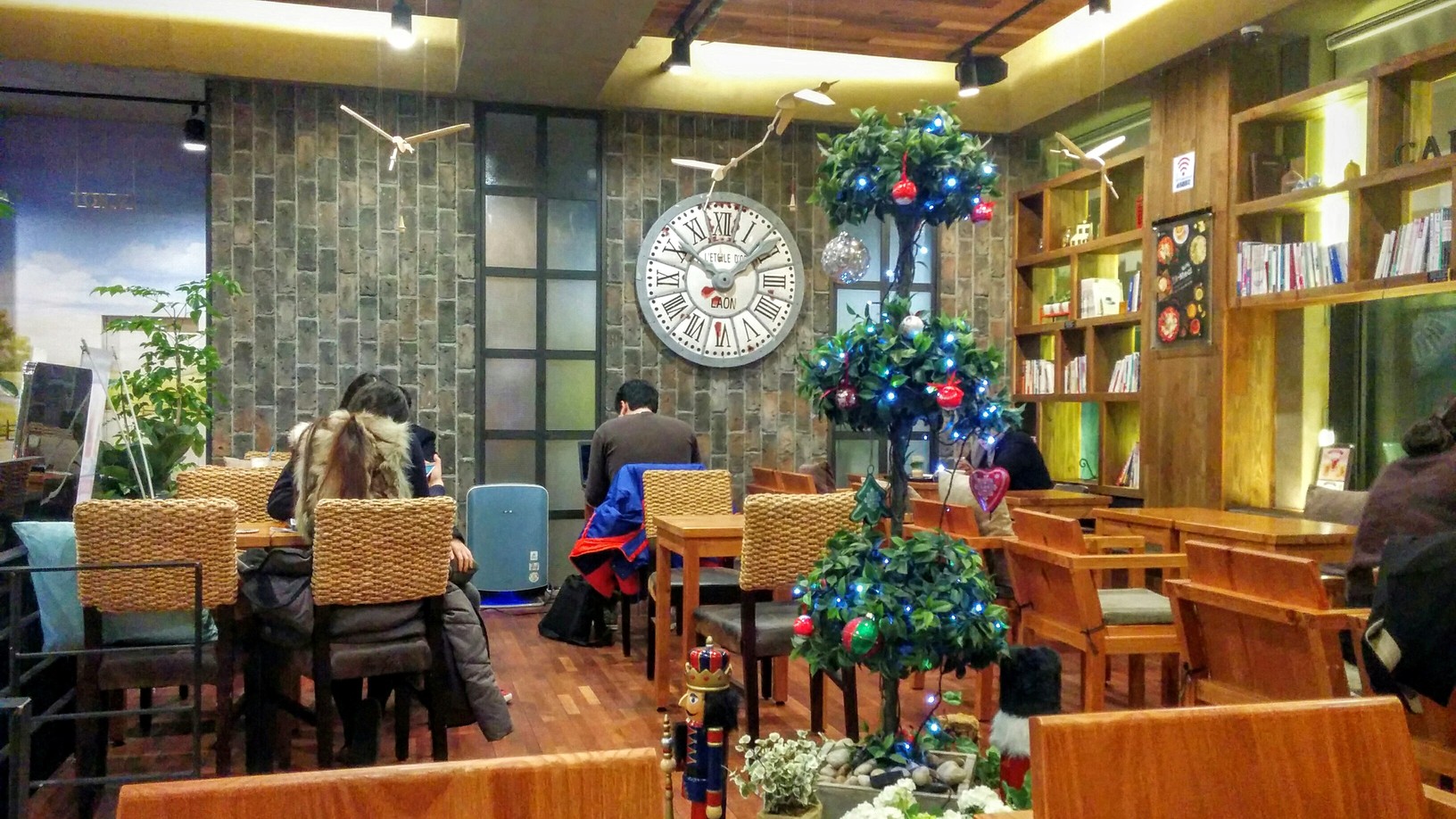 I usually stay 3-4 hours and then move to another one. The drinks are quite expensive though, around $4-5 for a small latte, but they don't pressure you to buy more or try to kick you out if you're in there for a while. I bet they won't even bother if you didn't buy anything.

Another thing I like here is being able to leave my stuff at my table while I use the bathroom and not have to worry about them getting stolen. I'm sure theft does still happen but probably very rare. 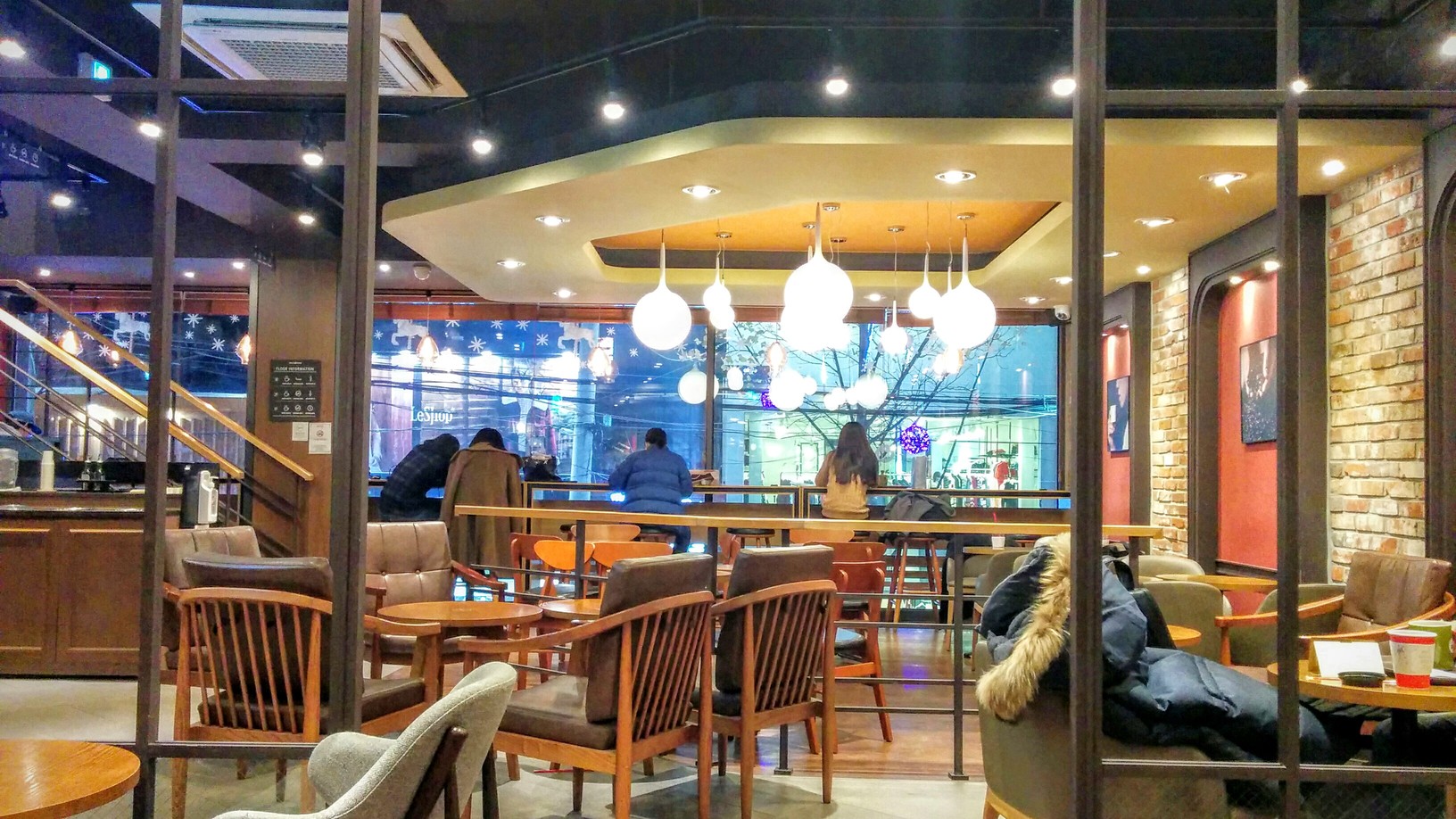 Most cafes close around between 11-1am, but there are a few 24-hour cafes and all the ones I've been to so far have a big "24" sign outside. Since my client is in New York, which is 14 hours behind my time, I usually end my days at one of these cafes.

These 24-hour cafes are quite popular with students. I would arrive at 11pm and the place is packed with students doing homework. I would leave between 3-5am and you'd still see at least 10-15 students there studying. Lots of pressure on these kids. Apparently, suicide is the leading cause of death among young Koreans.

I'll be in South Korea for a few more weeks. And now that we've finally launched Seller Republic, I plan to check out other cities nearby and do some sightseeing.