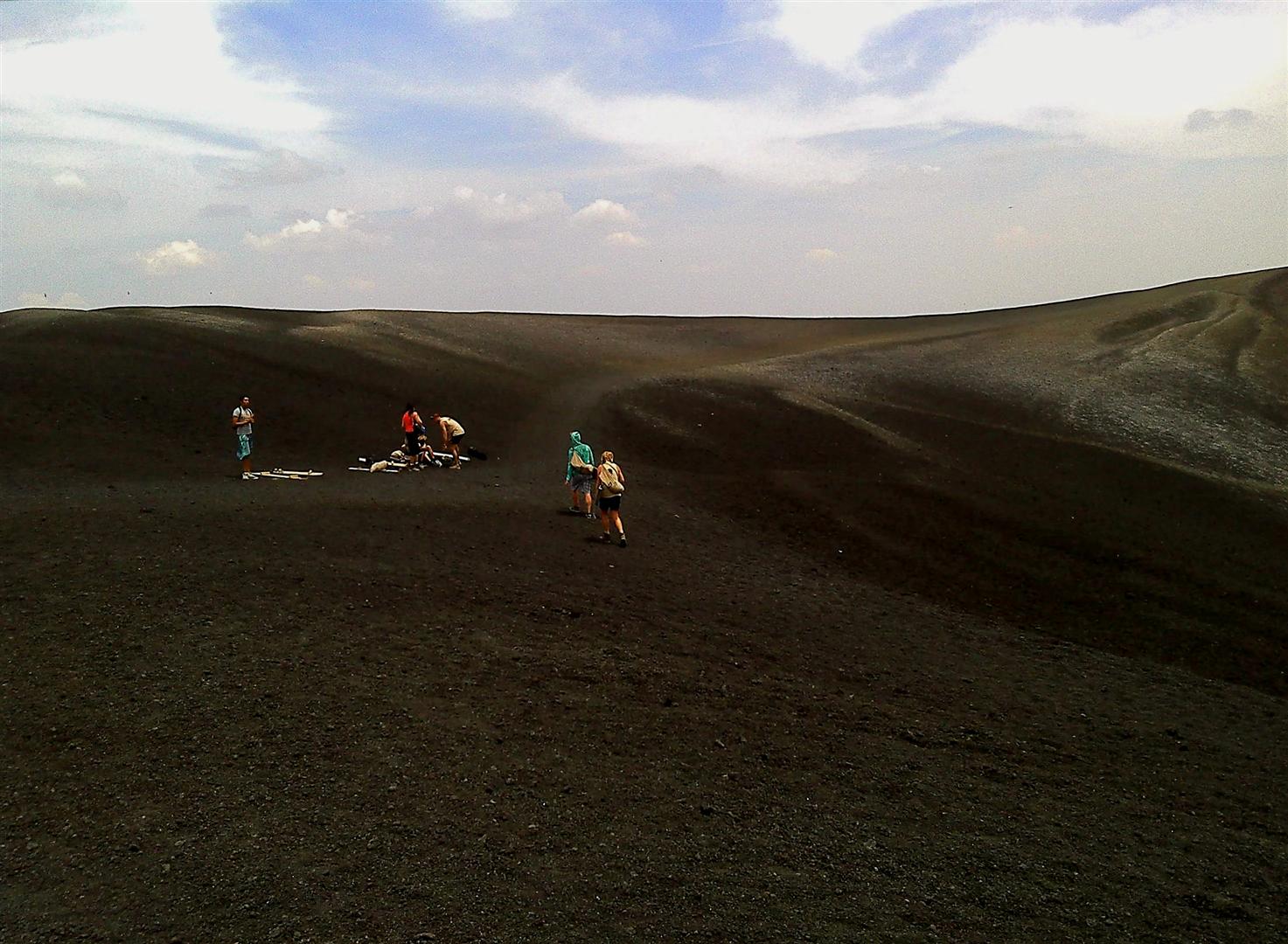 I originally skipped Leon when I entered Nicaragua and headed straight to Granada as I thought it would be pretty similar to Granada. Then later on I found out that there’s this thing called “volcano boarding” that you can only do in Leon. It sounded pretty cool so I made a detour back to Leon after Isla de Ometepe to try it out.

It turned out that I actually liked Leon a little better than Granada. It’s not as pretty as Granada but it had a more authentic feel to it. I decided to go with Quetzaltrekkers since I got a $10 discount for doing a hike with their sister organization in Guatemala, so I only had to pay $20. Quetzaltrekkers also let you board down the volcano twice if you like.

There were about 8 of us in the group. Three of us were actually wearing the same shoes, the Salomon XA PRO 3D Ultra trail running shoes. I guess these shoes are quite popular for travelers. We left from the Quetzaltrekkers office and after about a half hour ride on a truck we reached the Cerro Negro volcano.

We had to carry our volcano boards on the hike up to the volcano. It took about 45 minutes to get to the summit, we made a few stop to check out the craters. The hike wasn’t difficult, but there’s a section where you have to be careful as it was very windy and you could easily lose your balance while carrying your board.

There were also some snowboarders on the group and they asked if you could board down standing up. Unfortunately, our boards weren’t designed to do it standing up, and the soil/rocks are actually pretty thick and heavy so you’ll most likely just sink and stop if you try it while standing. 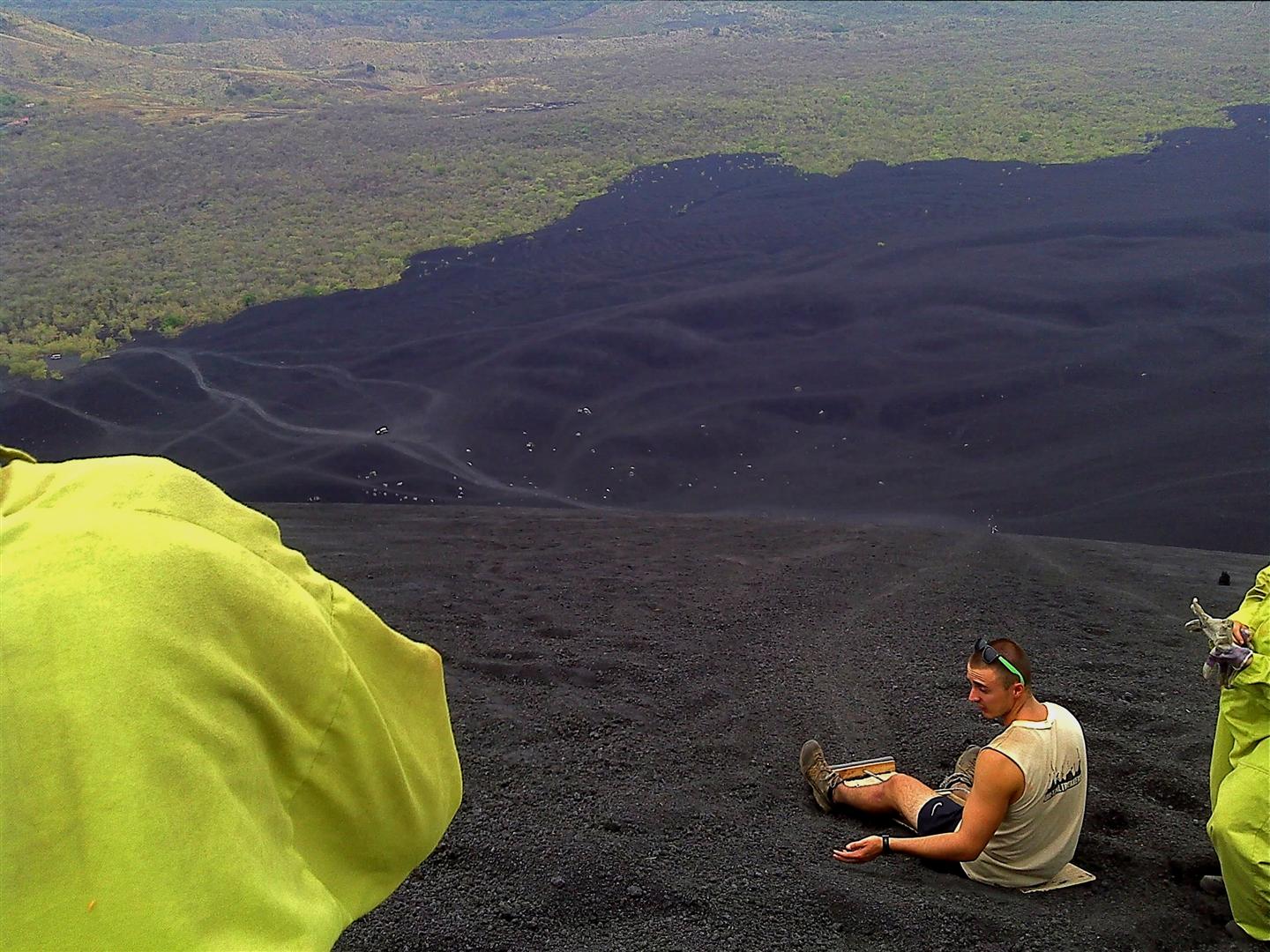 Our guide explained to us what to do before we boarded down. He basically said you can go as fast or as slow as you want. If you want to go faster just lean back to put more weight on the back of the board to push you down. To go slower you can use your feet as brakes. He actually didn’t board down himself, he’s probably done it too much already, he just ran down the volcano.

We put on our yellow suits that protects us from all the rocks and a pair of goggles. There were so many scratches on the goggles that it was pretty hard to see with them on. We then started boarding down in pairs.

I only went once as I didn’t feel like hiking back up carrying the board and seeing the same scenery. The rest of the group who wanted to hike a second time actually didn’t want to carry the boards again either so they just ran down from the top. 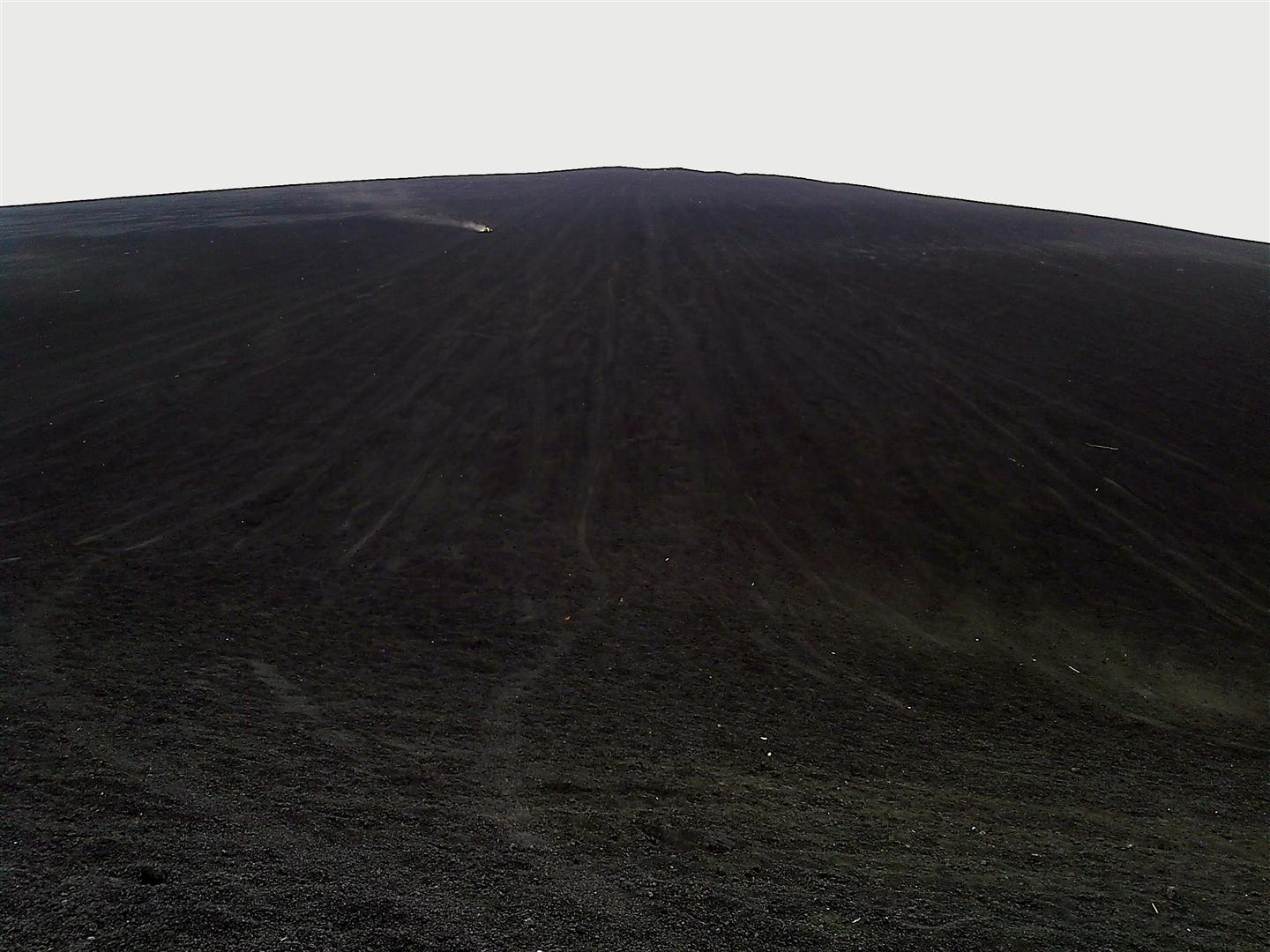 While it wasn’t as exciting as I thought it would be, it was still a fun activity to do and I’m glad I was able to experience it.