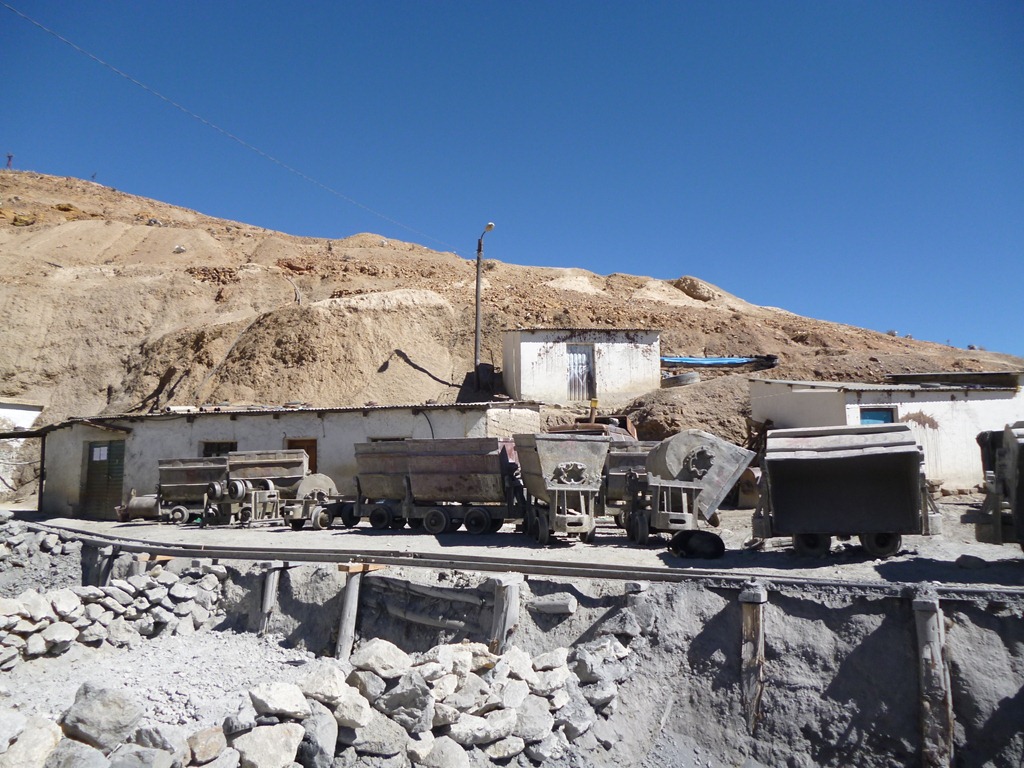 The city of Potosi was founded by the Spaniards in the 1500s and thousands of tons of silver was found here back in the days. They found so much silver in one mountain that it was referred to as “Cerro Rico,” or “rich hill.” In the late 1600s, Potosi became one of the largest and richest cities in the world.

However, after the 1800s, not much silver was found, but it’s still mined to this day. The mine tour in Potosi gave me an idea of what it was like to work in the mines. I have to say that after the tour I was glad that I was finally out of the mines and can’t imagine ever working there.

I arrived in Potosi late in the afternoon. The tours normally start around 9am and ends at 2pm. I booked the tour with Silver Tours the night before, the only agency I could find that was open at the time.

The tour cost 70Bs, or about $10. There were 12 of us in the group: a couple from Italy, a group of 4 from Ecuador and Argentina, a group of 5 from France, and myself. They asked me if I wanted an English guide the night before and I said yes, but the guide we got spoke very little English and the tour was done entirely in Spanish. I didn’t mind too much as I knew enough Spanish to understand most of the explanations, but would’ve preferred an English-speaking guide. I recommend to watch the documentary “The Devil’s Miner” before going to this tour if you can to get a better understanding. 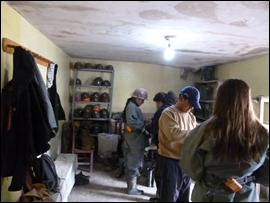 After having some coca tea at the office, our group was taken to a small storage area a few minutes from the office to change to miner clothing. We were given boots, a helmet, a headlamp, and pants a jacket to cover your clothes from the dust and dirt. We then headed to a small store to buy some gifts for the miners. I bought a small bag of coca leaves for 5Bs ($0.71) and 2 packs of cigarettes at 2Bs each ($0.29). You can also buy alcohol and dynamites here to give as gifts.

About 20 more minutes of driving, we reached Cerro Rico and we were given some information about it. You can get a nice view of the city from here as well. We then drove off to the entrance of one of the mines afterwards. 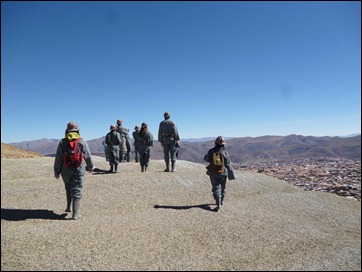 Near the entrance, we met with a family living next to the mine entrance. The entrance was locked so the guide had to get the key from them. The guide introduced us to a 14-year-old boy working in the mines. He seemed very shy and didn’t say much. We were told the miners are typically in the mine all day, with a total work time in the mine of about 6 hours. The pay varies, but for beginners a typical pay is about 70-100Bs ($10-14). Depending on the rank, the miner could also get a commission from what was mined. The miners are also responsible for buying their own equipment, coca leaves, and dynamites.

It was a quick introduction and the boy took a bag of coca from the guide’s bag after, where we put all our gifts. I’m a bit disappointed at this part as I thought we would actually meet more miners and give them our gifts ourselves. But it looks like the guide only gave a bag of coca leaves to the kid and kept everything else to himself. He still had the bag at the end of the tour.

As we entered the mine we all turned on our headlamps. A couple people from the group decided to just stay outside and wait. I don’t recommend doing this tour if you’re claustrophobic. Not a lot of spaces inside, you have to watch your head and the ground as you move. There are puddles of water inside so the boots were necessary.

I recommend not to take much with you as it will make it harder for you to move. If you have a backpack I’d say leave it in the car as it will get very dirty and you may not fit in some areas if you’re wearing it. 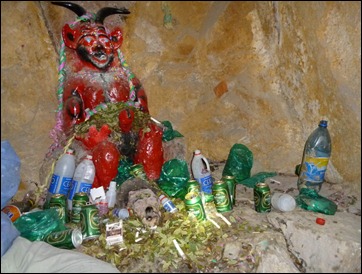 Our first main stop in the mine was at the devil statue, also known as the “Tio” of the mine. The miners believe that the “Tio” protects them from harm and allows them to find silver and other minerals. They make offerings of coca leaves, alcohol, and cigarettes to the devil statue for good luck. Every mien in Potosi has its own “Tio.”

After our break here, we proceeded to check out the other levels of the mine to see where the miners work. The mine we’d visited was already abandoned, it’s mainly used for tours. Most of the minerals found here are zinc, not much silver. 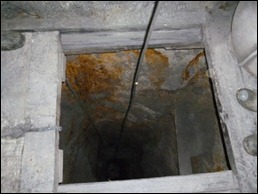 We climbed down 3 levels and I have to say that was already quite deep. We had to crawl quite a bit and you could see that it could be very dangerous here if you’re not alert. The guide told us that miners have died here because they were drinking and fell in one of the holes. Our hands and clothes were very dirty by the time we got back up to the first level.

Before exiting the mine, the guide decided to do a demonstration of using the dynamite. He took a dynamite that one of the groups bought, opened it up, shaped it into a ball, then tied it in this pink powdery material that’s supposed to increase the impact of the explosion. The pink stuff is much cheaper than the dynamite so they use this a lot.

He then attached a fuse to the dynamite, lit it up, put the dynamite in his mouth, then told us to take pictures of him. He said it takes about 5 minutes for the fuse to reach the dynamite so he asked who wanted to hold it and have their pictures taken with it. A couple of minutes later he told us to move about 50 meters away, so we quickly walked/ran near the entrance. 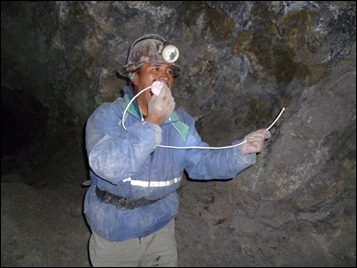 He then told us to cover our ears and a few seconds later we heard an explosion. We felt the cave shaking and a breeze. I had my ears covered quite well so it didn’t sound very loud. But I didn’t expect the shaking part.

The tour was a great experience and I learned a lot about working conditions in the mines. It’s definitely not something I would do again, but I now have a lot of respect for people who do this job.