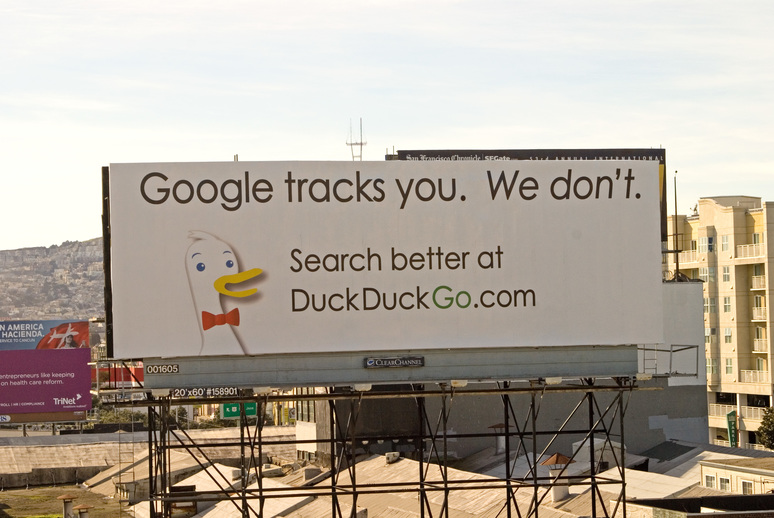 For your average Internet user, it's probably hard to imagine using any other search engine but Google. Even the word 'google' seems to have replaced the word 'search' when talking about the web. Whenever I'm with a group of people and a question comes up that no one could answer, someone would often say "Google it."

We live in a world now where we're always connected. Whenever a question pops up, the answer is usually just a few clicks or taps away. Searching the web has become a habit that we rarely think about how these searches are being used.

While we're not paying Google anything to use this "free" service, we give them permission to use all the data we're providing however they want. Their product is us and in a way, we're actually working for them by providing all these data which they can then sell to other companies.

You may argue, "That's ok, I have nothing to hide." Are you sure? Do you really know how your data is being used now and how it could be used in the future? Maybe the reason you didn't get that job or got denied entry to some country is because of something that showed up in your search history.

I've used Google since high school and got so used to it that I never thought about using another search engine. But after reading Future Crimes and listening to a few podcasts that talked about privacy, I decided to switch to DuckDuckGo, the search engine that doesn't track you.

This is actually the second time I've tried switching to DuckDuckGo. The first time I lasted about a week before I switched back to Google. I felt that I wasn't getting the most relevant results, but most likely I probably just wasn't used to their interface. So I tried it again over a month ago and still haven't switched back. I plan to keep this as my default search engine. From time to time I'd still manually go to Google when I'm looking for something very specific (like an error message) and DuckDuckGo wasn't finding it. But that's actually very rare, I say probably at least 98% of the time DuckDuckGo works just fine for me.

While doing this won't eliminate all the tracking, it's a good first step to reducing your online footprint. The next step for me is to switch to Firefox as my default web browser. Maybe even use Tor more often.