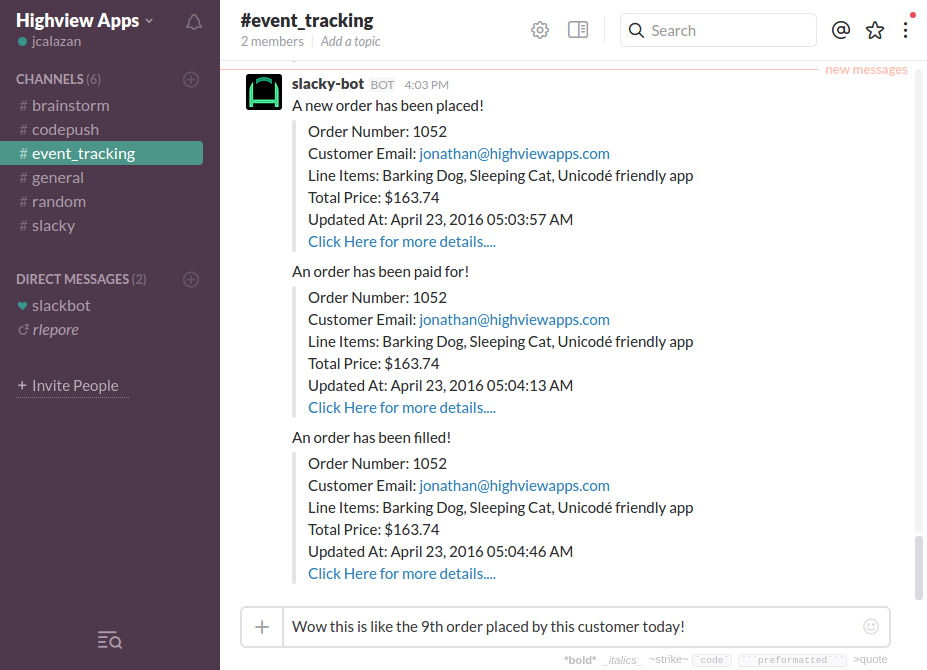 Around a couple of months ago, a good friend of mine who's also a developer and I were chatting on Slack about app platforms we could build apps for on the side. One platform that came up was Shopify and after doing some research on the Shopify App Store we decided to team up to build our first app. We called our company Highview Apps.

We brainstormed for a bit, trying to come up with an app idea that is low risk to the shop owner and something we could build quickly to test out the ecosystem. An integration with Slack seemed like a good idea as we both love using Slack (we almost never send each other emails anymore) and we figured other Slack users who have a Shopify store would find it very useful as well.

So we ended up building Slacky, a simple Shopify app that allows users to select events to send to their chosen Slack channel. We built the app with Python and Django and made sure it's very easy to use.

On initial install, all the user needs to do to configure the Slack channel where the events will be sent to is click the big 'Add to Slack' button which will take them to Slack to authorize our app:

They will then get redirected back to Shopify where they can pick the events they want to send to their Slack channel: 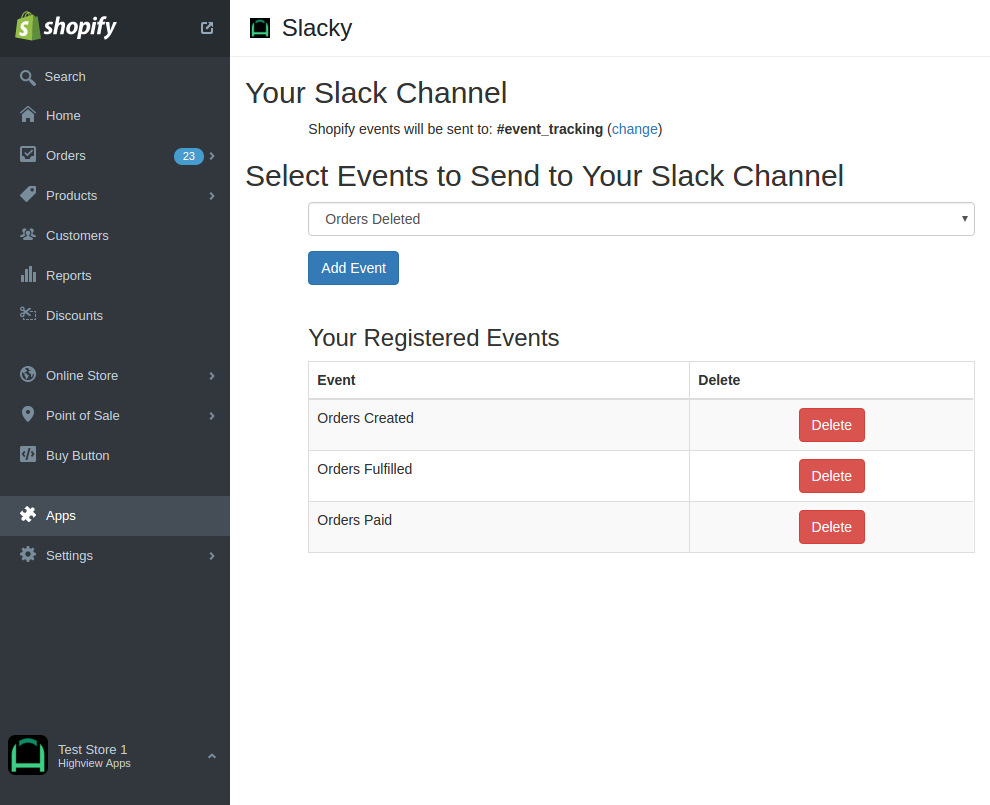 That's it! Our app takes care of the rest in the background and the events/notifications will be sent immediately.

For now, we decided to make the app free. We have plans for a version 2 which will add a bunch more options, such as being able to use Slack commands to retrieve certain stats and other data from Shopify on demand. If we do decide to charge for the app later, it will only be for new users, existing users will be grandfathered and the app will remain free for them.

Oh, and if there's an app that you need that's not yet available on Shopify please feel free to leave a comment as we're always looking for app ideas and may end up building it! :)