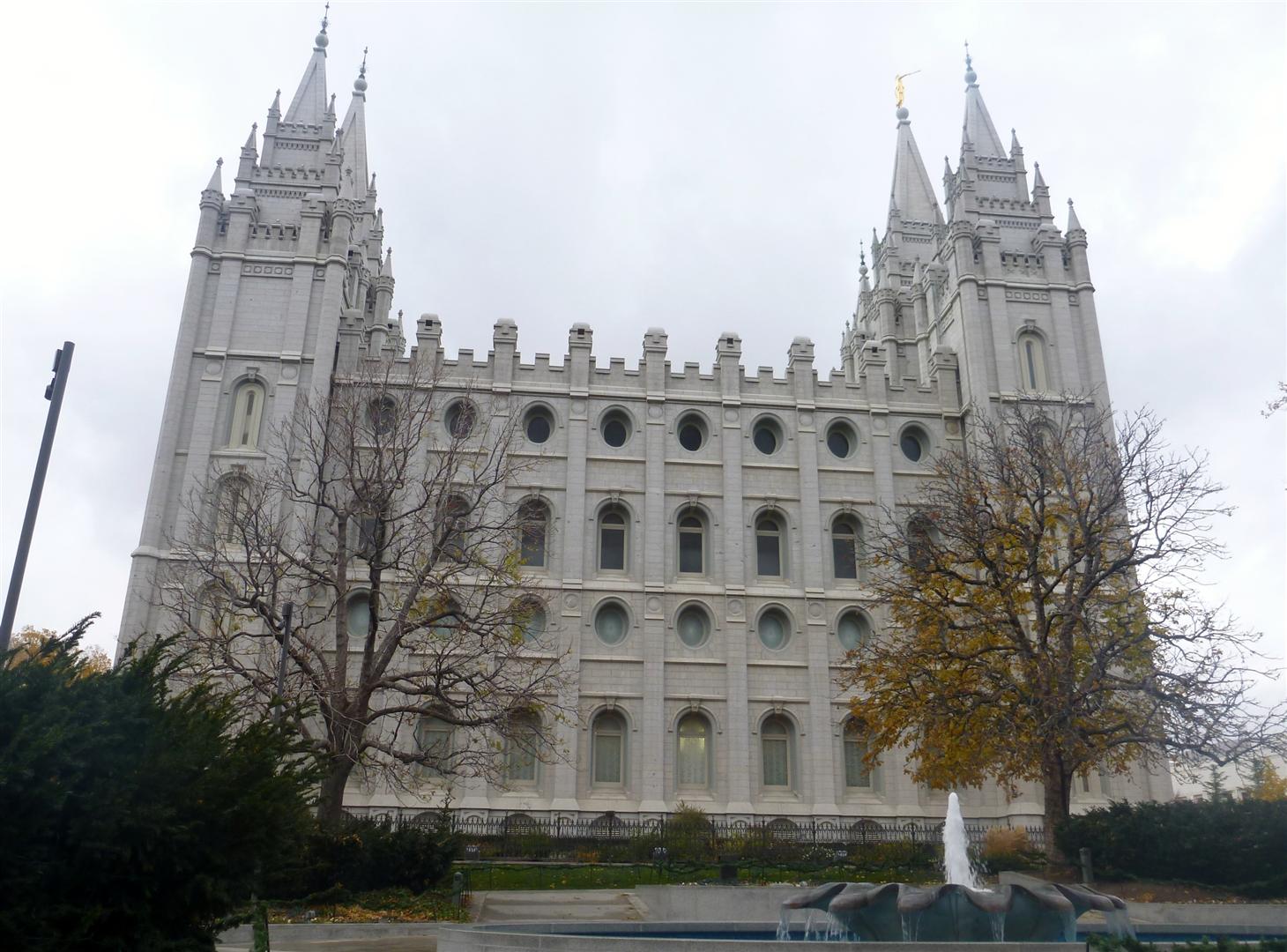 I didn’t have much time to check out this city. Got there pretty late in the afternoon.

I stayed near the airport as I figured that would be closer to public transportation so I won’t have to pay for parking downtown. Traffic in that area is very bad, though, due to construction. Apparently, they’re building tracks for the light rail connecting the airport directly to the downtown area, which actually sounds like a very a good idea. After checking in to my hotel I just went to a nearby Park and Ride and took the light rail to downtown and walked around.

I had no idea where to go so I just picked a stop and hopped off at Temple Square. There’s this nice looking temple there so I decided to get closer and take a look. As I was taking some pictures I was approached by two sister missionaries from China. They said they’re staying there for 18 months. They seem very friendly and offering to answer any questions. I had a feeling they were trying to convert me to become a Mormon, though. They were asking me questions like which church do I go to. I was like “I can’t even remember the last time I’ve gone to church,” which is the truth. That pretty much stopped the questions about religion.

It’s funny, a friend of mine just mentioned about Utah being known for Mormons just the day before. I didn’t really know anything about them. I heard Mormons can have multiple wives. That’s still not a good enough reason for me to convert though. Actually, that doesn’t appeal to me at all. Just imagine the headache!

There are also a lot of construction going on in downtown Salt Lake City. They’re building this thing called “City Creek,” which looks like a big indoor mall. There’s even a grand opening countdown of less than 4 months.

Another thing I also didn’t know about Salt Lake City was the 2002 Winter Olympics was held there. I noticed some posters mentioning it as I was walking around the city. Looks like there’s a big 10 year anniversary celebration scheduled early next year.