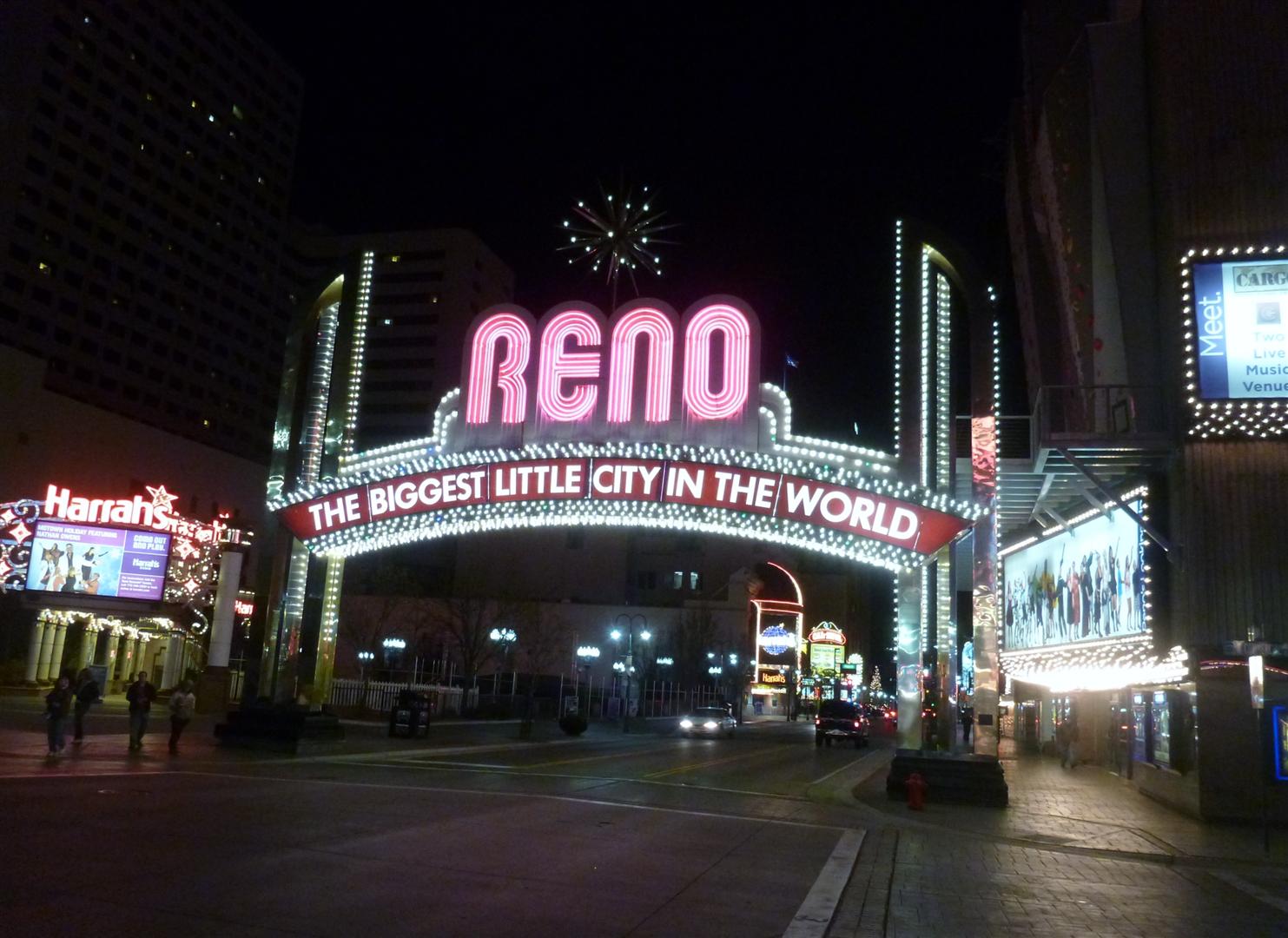 I stopped in Reno really just to sleep after a long, boring, 8-9 hour drive from Utah. It’s weird to be driving for hours not seeing much around you then all of a sudden you see all these lights as you approach the city.

I figured I’ll spend the night here before continuing to California as the hotels are much cheaper. I could then spend a good portion of the following day in San Francisco. I stayed at Circus Circus Hotel and Casino as it appeared to be the cheapest option ($29 before taxes) when I sorted my search results on Kayak.com. Well, I didn’t know about the $7 something service charge at the hotel before I booked it, Motel 6 would’ve been cheaper. But this hotel at least is much nicer so no big deal. It’s nice to treat yourself once in a while.

I went outside right after I put my stuff in my room and it was pretty much dead other than the small section with the ice skating rink. Everyone’s inside gambling or drinkig/eating. I don’t really gamble so I just walked around inside the casinos and watched people lose money (didn’t see any happy faces). The hotel also have some free short circus shows throughout the day, so I checked that out as well which was ok.

I also kept seeing this $12.99 Ultimate BBQ Platter deal in the elevators which got me pretty hungry, so I had dinner at that restaurant. I have to say that it was a very good deal! The serving is pretty big, good enough for two people. The first nice meal I’ve had in a while, been eating fast food mostly. I’m scared to weigh myself when I get back home…