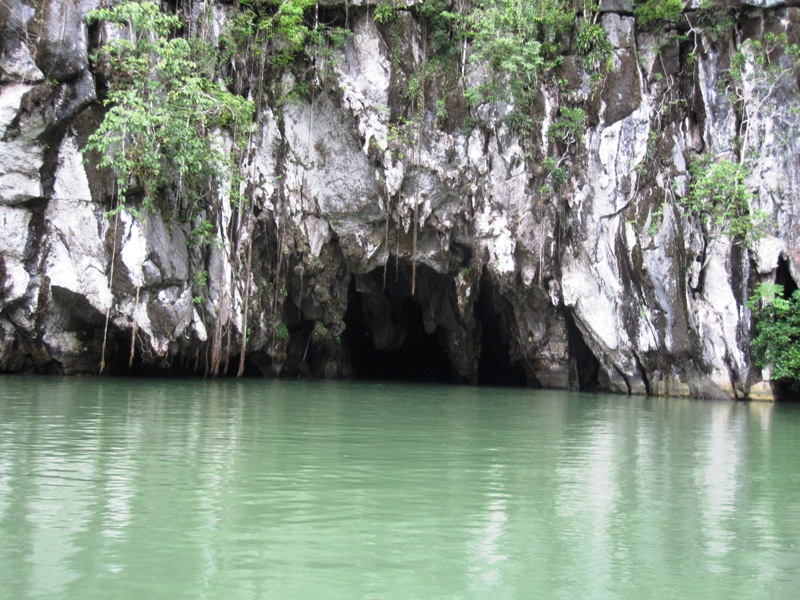 After Beijing, we went straight to the Philippines. I lived here for 12 years but there are still so many places here that I haven’t been to. One place that I’ve always wanted to visit is the island of Palawan.

I did this trip by myself because no one else could go. I stayed in Puerto Princesa, which is the capital of Palawan, for 3 days/2 nights. I just booked an entire package which includes airfare, hotel, and 2 tours since that seemed to be the cheapest option and it was a last minute trip (booked everything the day before). If you have more than 4 people it would probably make more sense to rent a van and driver (1500 pesos a day, about $35) and split the cost instead of booking a tour. Not sure how much the boat rides cost but I’m assuming it will be a lot cheaper and you can probably fit up to 8 people comfortably on one (though in some areas they may only allow up to 6 people on the boat).

I arrived at my hotel around 10AM in the morning and pretty much did this tour right away. This tour costs 1300 pesos (around $30) and pretty much includes everything: transportation, lunch, boat rides, snorkeling equipment, tour guide.

Around 11AM, the tour company me up from my hotel to take me to another hotel and had lunch there. From there, we met up with other people doing the tour and went to Honda Bay. After registering, we took a 20 minute boat ride to go to the first island. We snorkeled here and saw lots of fish. Another thing I really liked was they let you feed the fish which was a lot of fun! The tour guide gave me a piece of bread and it was really fun to watch the fishes come to you and race for the food :).

After about an hour and a half or so, we left the first island to go to the next one. The second island looked nicer but snorkeling was not as good as the first one, not as many fishes and there were sea urchins. Good thing I brought my VFF KSOs with me as they didn’t provide us with fins. It was actually very comfortable wearing the KSOs while swimming and it actually felt like it helps me move in the water faster.

Around 5PM, we headed back. The boat ride back was about 40 minutes long and it’s pretty cool to ride the boat as the sun sets, feeling the nice breeze, and watching the great views :).

This seems to be the main tourist attraction here in Puerto Princesa as you won’t see anything like this in many places. This underground river is actually a finalist in the “New 7 Wonders of Nature.”

The tour costs about 1600 pesos (around $35) and includes transportation, boat ride, lunch, and entrance fees. A permit is required to enter the park where the underground river is and you’ll need to provide them with a form of ID. I recommend not to use your passport so bring another form of ID with you. In my case, I used my old school ID and that was good enough. The tour guide will take care of getting the permit.

It was about a 2-2.5 hours ride to the wharf in Sabang, and from there it’s another 20 minute boat ride to the Puerto Princesa Subterranean River National Park. Once there, you will ride a paddle boat with another guide from the park and enter the underground river cave.

Each boat has a big flashlight which you connect to a car battery and once inside the cave the guide will direct the person in front of the boat (the guide is all the way in the back paddling the boat) to point the flashlight to the different areas of the cave. I was the one holding the light so it was kind of hard to take pictures but at the same time I get to choose where to point it to when the guide doesn’t need the light pointed to a specific direction :).

Inside the cave, you’ll see a lot of bats (they all seem to be sleeping), snakes (we actually only saw one on a rock, but sometimes the guide said you’ll see them swimming in the water), stalactites, and stalagmites. Seeing all that in the cave was pretty neat and it’s interesting to see all these different shapes that were formed by the stalactites and stalagmites. There were also drops of water falling from the ceiling and the tour guide told us not to worry because they’re most likely just mineral water but he warned us not to open our mouths when we look up to the ceiling. He said that if it’s cold it’s probably just mineral water and think of it as “holy water,” but if it’s warm it could be “holy s***” (from the bats) :D.

The hotel I stayed at was walking distance to stores, bars, and restaurants so it’s easy to get something to eat. My first night there I went to a restaurant/bar and there was a live band playing popular songs and they were pretty good. Food was also cheap so I got to eat a lot, again. There’s also this food that is very popular here called “tamilok,” supposed to be some kind of worm. I didn’t try it but it’s supposed to provide the same effect as viagra :D.

My last day here I basically just checked out the baywalk. Took a tricycle there (7 pesos or $0.16) but really nothing special to see there and it was pretty small. Just took some pictures then headed back to my hotel, then to the airport.

There’s still a lot more to see in Palawan so next time I’m in the Philippines I’d probably check out the other cities here, such as El Nido (about 6 hours drive from Puerto Princesa) which is supposed to be really nice. Palawan got some bad publicity a few years ago because of some kidnappings by terrorists, but I felt very safe during my stay.