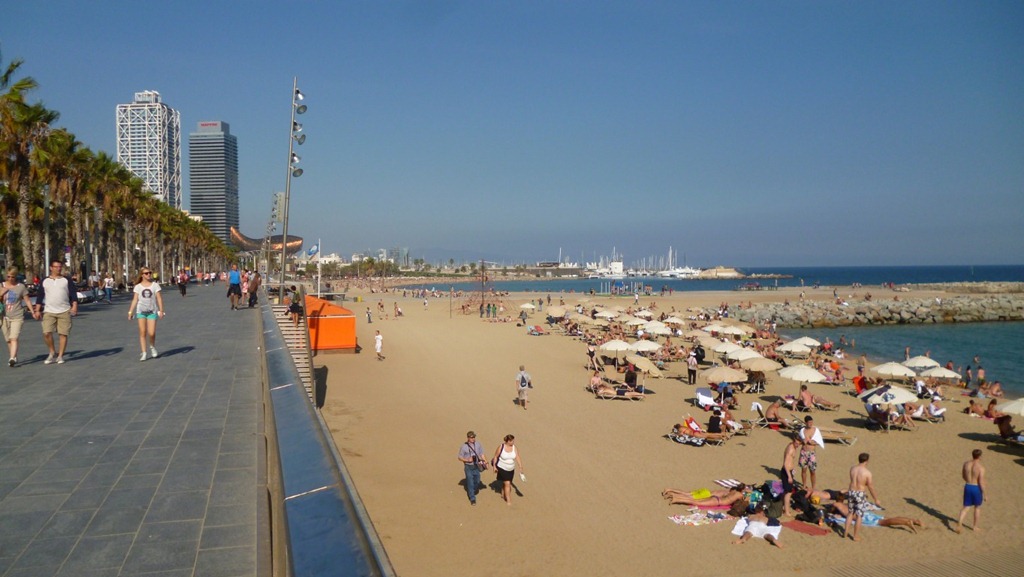 I knew a few months ahead of time that I’ll be ending my round-the-world trip in Barcelona, Spain. The main reasons being that airfare from Barcelona to New York is fairly low compared to other cities and I was told that weather here is still great through late October. Barcelona is also known to be a very lively city with lots of things going on every day and a good place to meet people from all over the world due to its popularity. Having a beach also doesn’t hurt. I spent 5 weeks here and it definitely didn’t disappoint.

Barcelona was pretty much an unknown city until 1992 when the Summer Olympics was held here. A local told me that before the Olympics, the beach area of Barcelona was actually very tiny. Then because of the boom in tourism, it was greatly expanded. Today, the beaches cover about 3 miles of coastline with plenty of sand area.

Living in Barcelona is definitely not cheap, but still cheaper than living in New York. Just like in any big city, the closer you are to the center, the more expensive it gets. Below is a breakdown of my expenses for 1 month of living there. 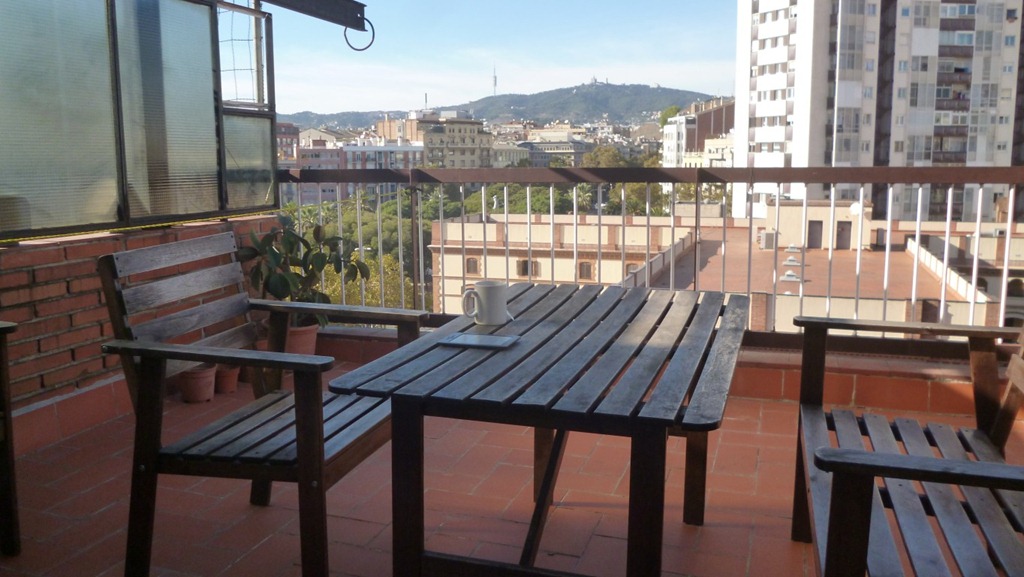 As you can see, my accommodation expense is very high. The apartment itself wasn’t even that nice, but it had a really nice private terrace with a nice view of Tibidabo. The private terrace was pretty much what sold me. I loved waking up in the morning (and sometimes afternoon if I was out late) to have breakfast there, enjoying the nice breeze, and doing some reading.

Since I was in the city center, my transportation cost was fairly low as I walked most of the time. A 10-ride subway ticket goes for about 10 euros, a big discount compared to buying the tickets individually.

Food and drinks weren’t too bad as I didn’t eat out much. Buying groceries and cooking at home saved a lot of money. Eating out would run about $15-$20 at a decent restaurant.

When I go to a bar or a club, I usually just buy a drink or two. Spanish red wine, if bought at the store, can be very cheap. You can get a regular-sized bottle of red wine for less than $3. 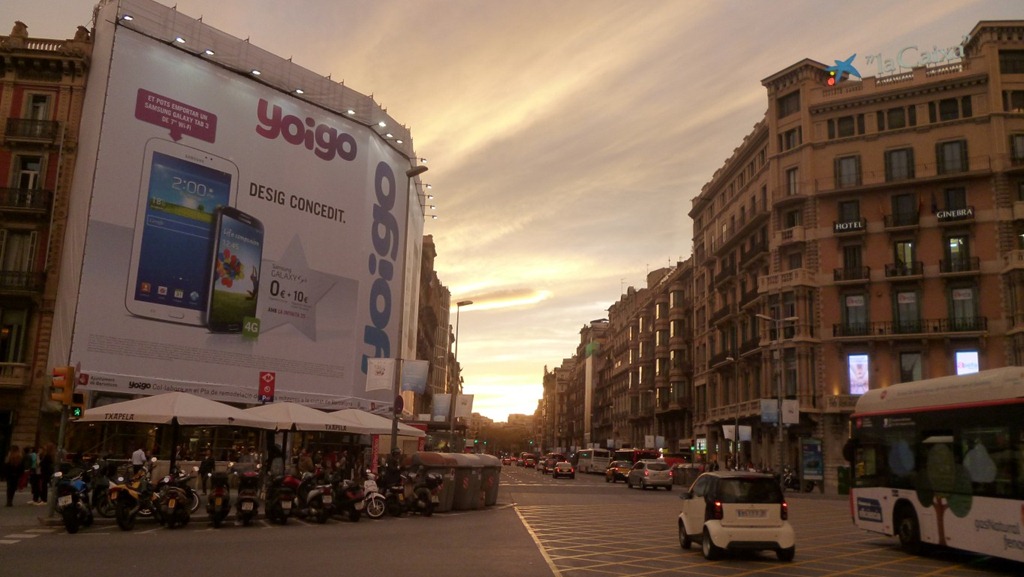 Barcelona is a very walkable city and if you’re staying near the center, you can pretty much get to the popular areas/districts within 40 minutes on foot.

The city is also bike-friendly and there’s a bike sharing program called bicing, where you pay a subscription fee to use the bikes parked all over the city. Someone told me that you have to be a resident to use them, though.

If you don’t like to walk, the subway lines can pretty much take you anywhere in the city. There are also buses if you prefer seeing what’s around you.

You can also get to nearby towns/cities such as Sitges by taking the RENFE trains.

The official language in Barcelona is Catalan, which I heard is kind of a mix of French, Portuguese, and Italian. But pretty much everyone here speaks Spanish and many people now speak English as well.

From what other people have told me, English wasn’t really spoken much in Spain until recently. When I was there, lots of people wanted to practice English, language exchange events were very popular. This push to learn English might have had something to do with the recession.

There are plenty of things to do and see here, and a lot can be done for free. Here’s a few: 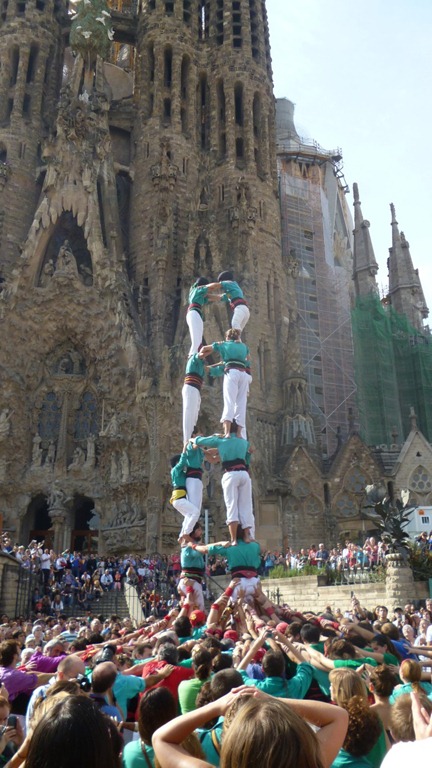 There are also plenty of events to attend. For meeting people, Barcelona has a lot of very active groups on Meetup.com and a very active Couchsurfing community. You can also reach nearby towns such as Sitges easily by train.

I have to say that I’m really starting to miss Barcelona a lot while writing this post. Brings back a lot of great memories. Definitely up there in my list of favorite cities. Unfortunately, it’s getting expensive so I probably won’t be living here in the future, but it would be nice to come back on vacation and visit some of the friends I’ve made here.