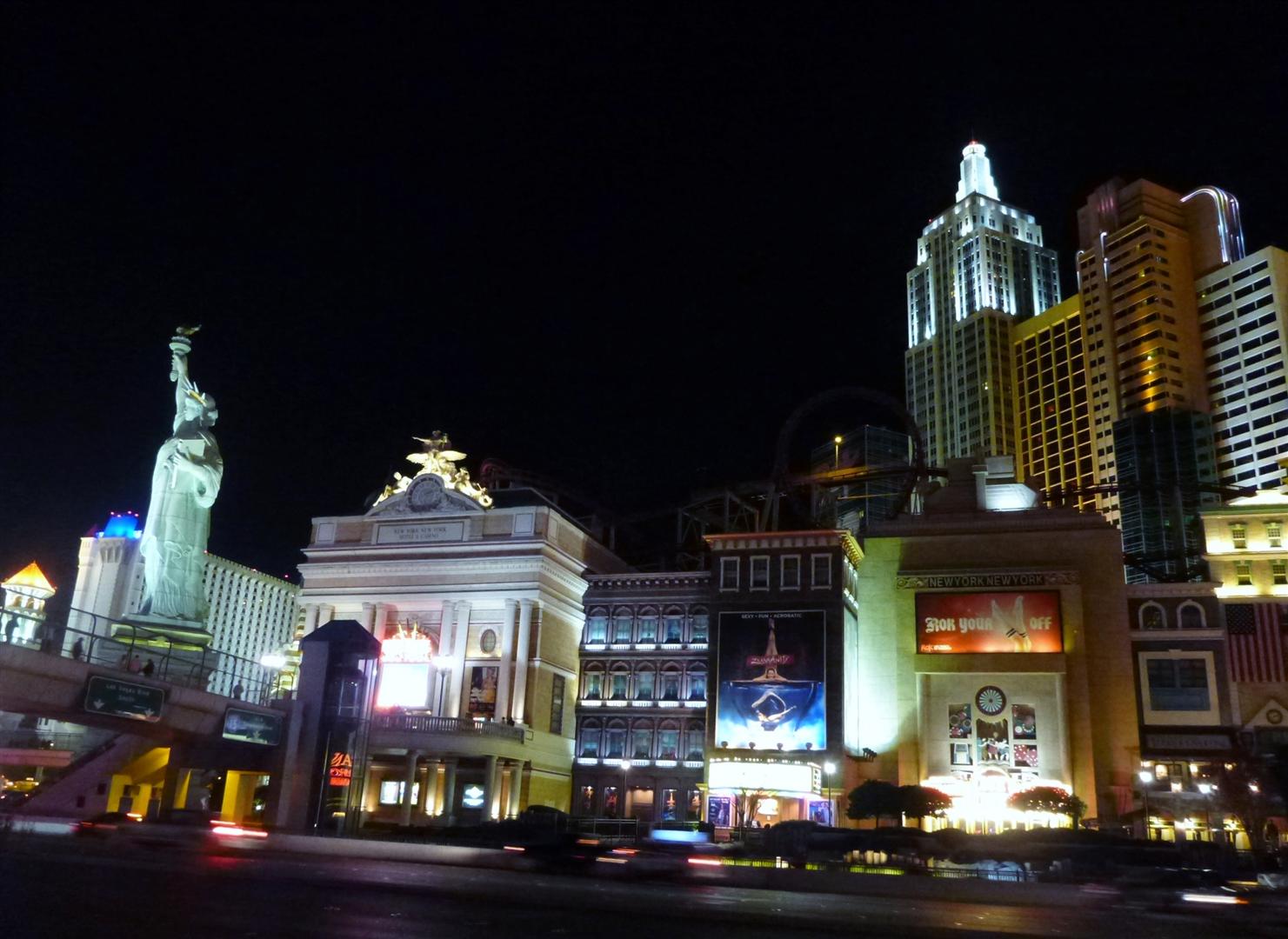 Now I understand why some people, no matter how much they make, will always be broke. Places like Vegas take all their money away.

I don’t gamble and I’m not really a big drinker/partyer, but I have to admit that I had fun in Vegas. It’s been called the “Disneyland for Adults.” There’s something here for everyone. The casino owners did a great job making this a place you don’t want to leave until you run out of money.

This is my first time in Vegas and I’m very impressed with the stuff they put here. The huge buildings, the variety of shows, the food, the attractions that make people stop and pose for pictures. There’s plenty to do. 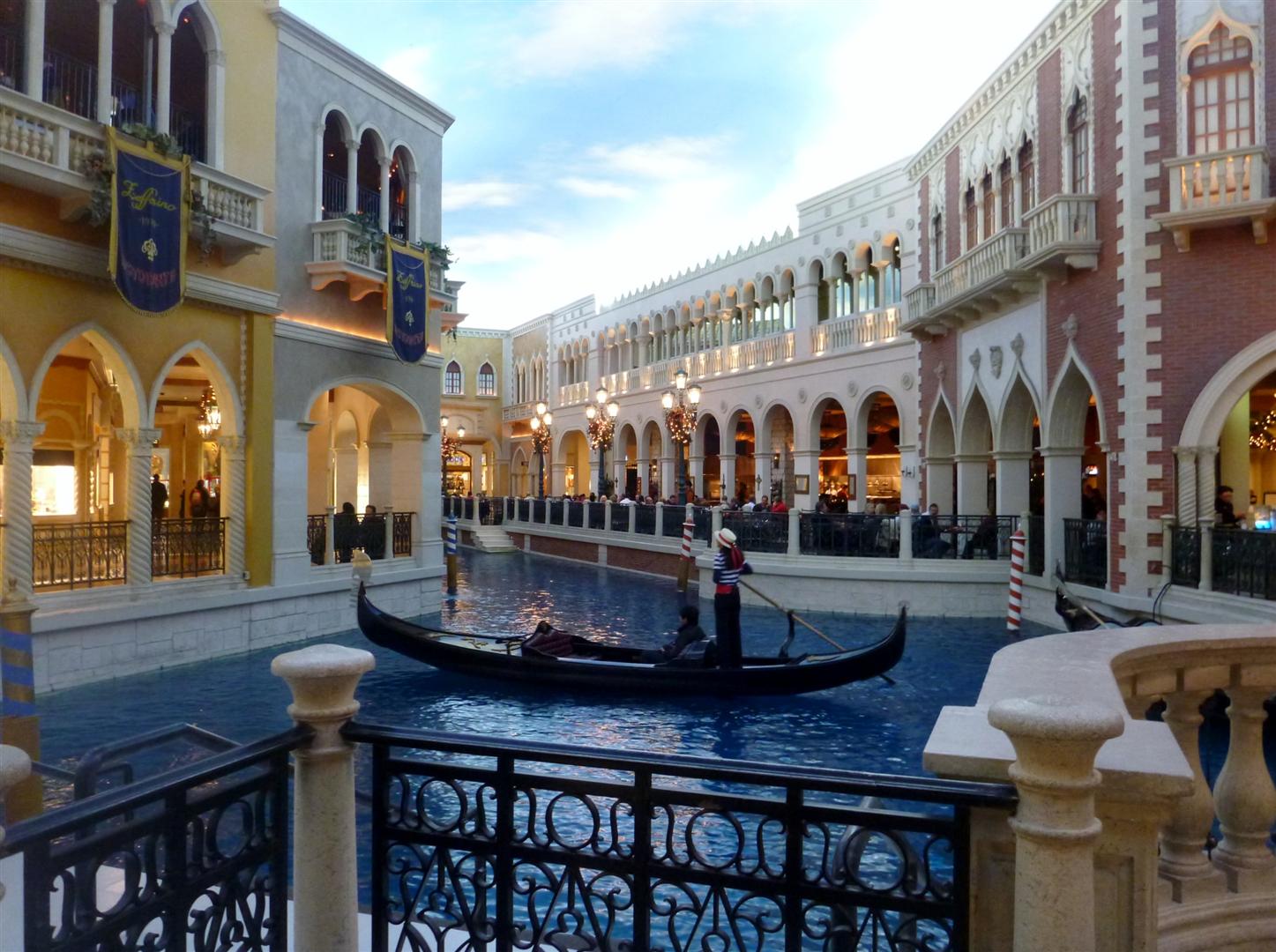 You could spend an entire day easily just walking along the strip and checking out the different buildings/casinos. Definitely lots of walking. I suggest you buy a daily bus pass for $7, as you’ll probably be back and forth some of the places. The strip also looks much different (and better) at night, so if you’ve been walking around in the morning you’re gonna want to come back to the same places you visited once the sun goes down.

There many things to see. There’s a short fountain show in front of the Bellagio’s that starts at 5:30PM and runs every hour. This is definitely a must see! If you like big cats, you can check out the lions inside the MGM Grand building. There are some free short circus shows at the Circus Circus as well. Or check out the shops at the Venetian while riding the gondola. There are street performers and people dressed up in costumes everywhere. 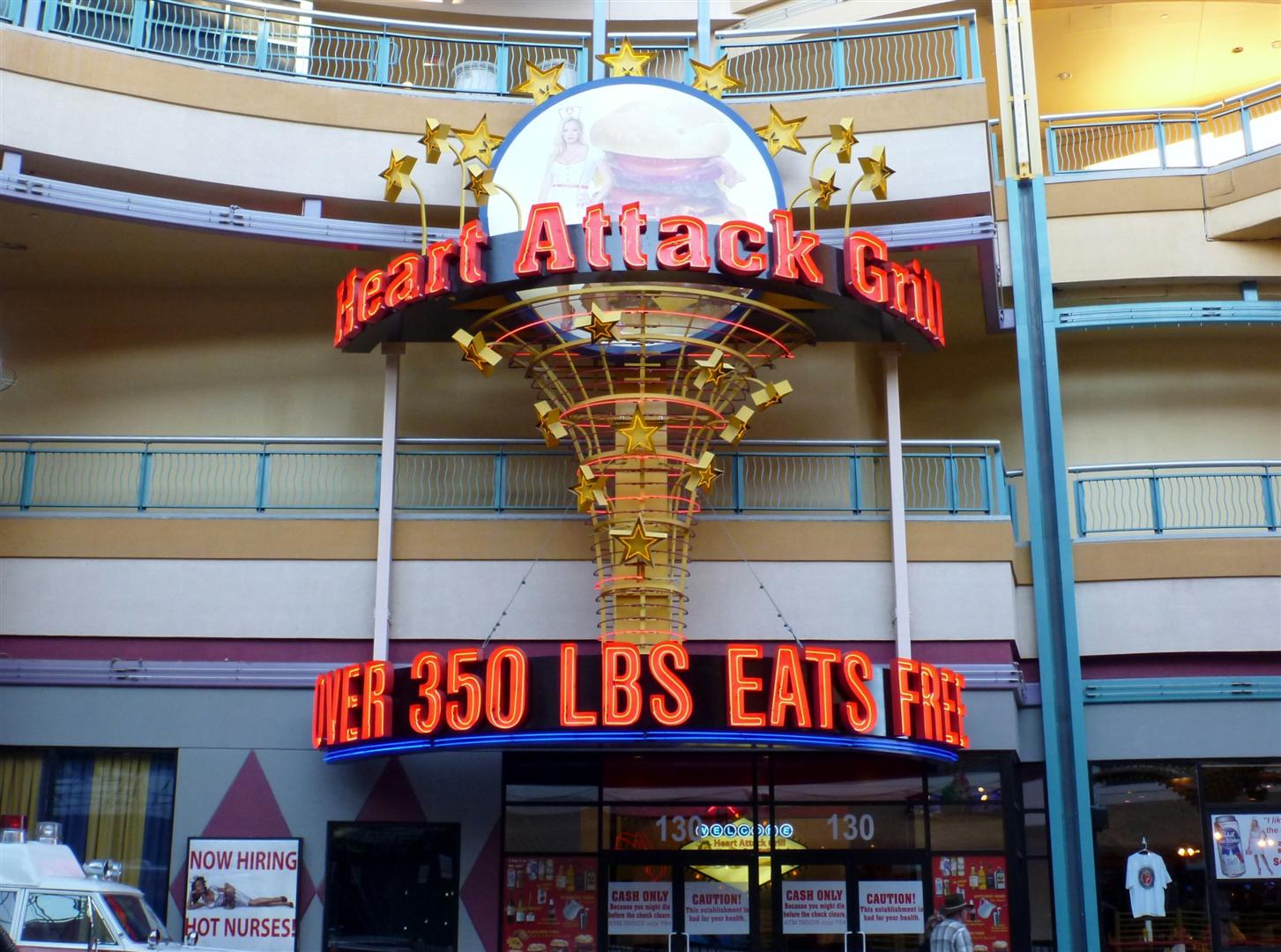 Once you get tired from all the walking, you might want to check out one of the many buffets. If you’re pretty hungry, this is probably a pretty good deal. Some hotels/casinos charge $15 and some $20. I ate at a $15 and a $20 one and not much difference in selection really, so I’d go with the cheaper buffets. If you’re over 350lbs, there’s a restaurant in Fremont Street Experience called the “Heart Attack Grill” where you can eat for free. I have a feeling they’ll probably make you sign a legal document stating that they’re not responsible to what happens to you after eating there, though.

I watched a couple of shows as well. Got the tickets from Tix4Tonight. They have booths all over the strip and they’re hard to miss. Their tickets are supposed to be 20-50% lower than buying them directly. You can buy tickets for shows performing that night or the following night. It’s first come, first serve, so if it’s busy and you want to see a very popular show then you might want to book in advance somewhere else instead. Note that they charge a $3-$6 service fee, the prices on the screen are before tax and the service fee.

The first show I saw was Cirque Du Soleil’s Kà. I bought a ticket for the cheapest seat category for about $96 after taxes and fees. This is the first Cirque Du Soleil show that I’ve seen and I’m just amazed at what the performers can do and what they can do with the stage! Some very cool stuff. Some parts were a little boring, but overall I found the show very entertaining. I did hear after the show, though, that Cirque Du Soleil’s O is much better, but they weren’t performing that week so I didn’t get to see it. If you’re going to see Kà, I would actually recommend to get the cheaper seats further back (Category 2 or 3) to see all the action because of the way they have the stage set up.

The second show I saw was Carrot Top’s. Yup, that weird-looking guy with red, curly hair who pulls stuff out of a chest. I think the first time I’ve seen Carrot Top on TV was on Jay Leno’s show. I didn’t really find him funny back then but I was like 12 at the time and probably didn’t understand his jokes. The ticket to his show is also much cheaper, around $50 after taxes and fees. The stage is also pretty small so any seat is a good seat. I decided to go see him mainly based on reviews on TripAdvisor.

I wasn’t expecting much but I actually ended up really enjoying it! I was laughing almost the entire time! The dude has way too much energy. He just keeps going pulling all sorts of things from his chests and telling jokes. He seemed like a very nice guy as well, he kept thanking the audience for coming to his show. There was another comedian at the beginning of his show also, telling jokes for the first 20 minutes or so. I think his name was Charlie. He was also very funny. He kept making fun of the girls who arrived late to the show, which took up about half his time on stage. I definitely highly recommend to go see his show! (note: must be 18+, so don’t take your kids here, some of his “toys” are Rated R)

I spent three nights here in Vegas, which I thought was more than enough. Two nights would probably have been good enough for me. I’d go broke pretty quickly if I stay here too long.

There are more interesting things that happened, by the way. But those just have to stay in Vegas.