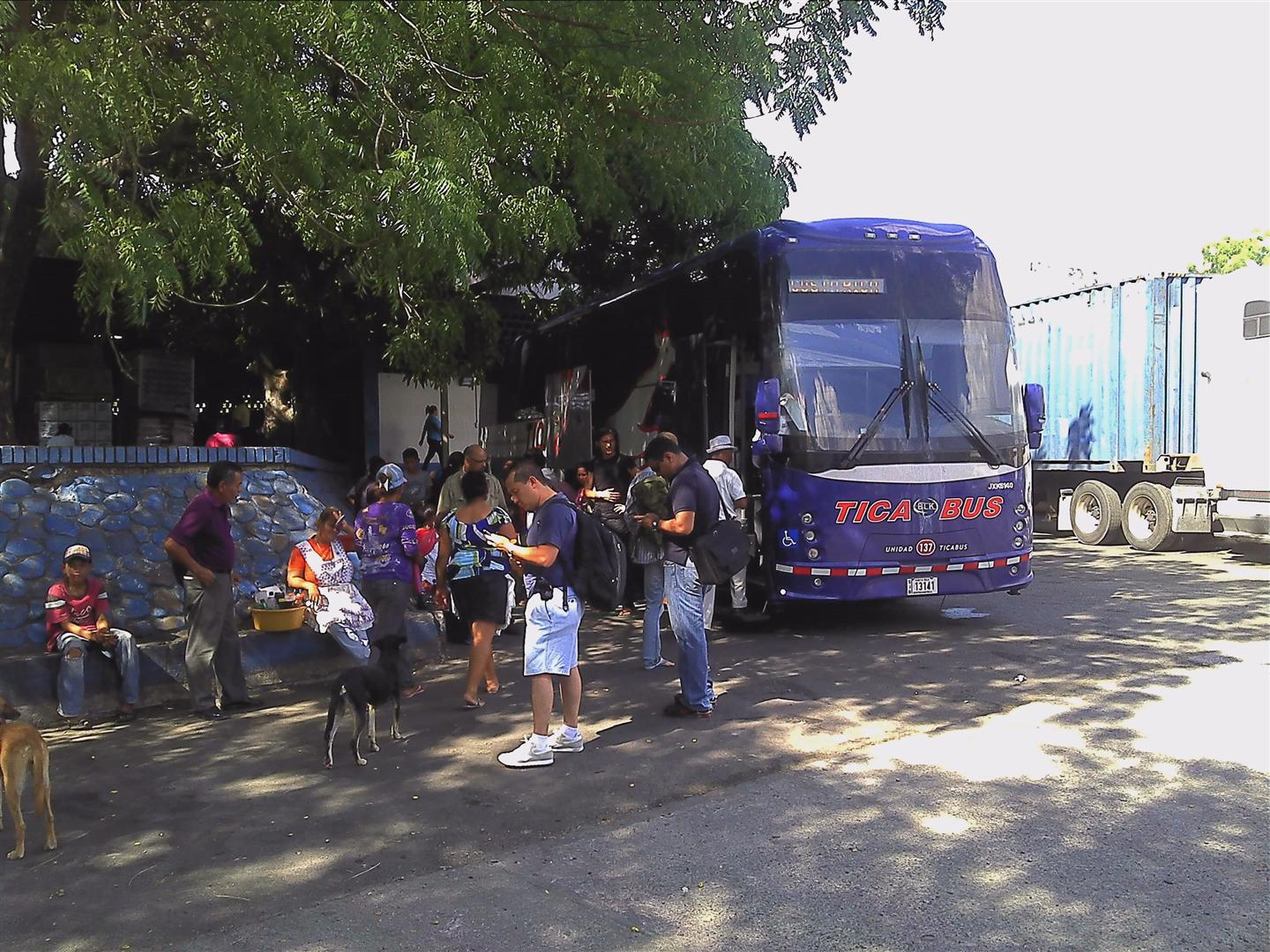 Since many backpackers mainly go to Utila to scuba when they visit Honduras, I’m assuming that many of them who are heading to Nicaragua will take a similar route I took. I’m hoping this post will be helpful to those planning their trip with the same route.

From the Hedman Alas bus station, I took a taxi to Hotel Boston ($20 a night for a private room with bathroom) in the downtown area for 150 lempiras. I thought it was a little expensive but I don’t know what the normal rate is. It was about a 20 minute ride. I stayed 2 nights in Tegucigalpa as I wanted to check out the city. Nothing really special with the city, in my opinion. If I were to do it again I probably would only spend 1 night here.

After the second night, I took a taxi from my hotel to the Tica Bus terminal. The bus ticket is $20 from there to Managua, Nicaragua. I have to say their buses are really nice. The one I took looked almost brand new. Very comfy seats, has A/C and bathroom. The ride was supposed to take about 7 hours but it took us around 8.5 hours to reach Managua. I recommend you bring food with you on the bus. Tica Bus also takes care of getting your passports stamped at the border crossing.

One of the bus employees (there were 3 of them total) collected the passports/IDs and money for the exit and entry fees. For me, he asked for 300 lempiras or $15. I’m assuming it’s $5 for the Honduras exit fee as the receipt for the Nicaragua entry fee shows $10.

The bus stopped before exiting Honduras and before entering Nicaragua, about 5 minutes apart. If you still have Honduran lempiras left you might want to change your money to Nicaraguan cordobas from one of the money-exchange guys near the border.

We also had to go through customs before entering Nicaragua, and it was located in a warehouse! It was very quick though, we pretty much lined up and one-by-one entered a room where they’re supposed to inspect your luggage and hand in your customs declaration form. But for most people they didn’t really inspect anything, you just hand in your form.

The bus made 2 more stops before reaching Managua. I don’t remember the first one but the second one was for Leon. It didn’t stop in the actual city, just at a Texaco gas station where taxis are waiting. I guess you can take a taxi from here to Leon. I actually considered on checking out Leon first, but then decided last minute to just head to Granada.

It was around 7:00 PM when we finally reached Managua. It’s not recommended to walk around here at night so I decided to just stay at the hotel right in the Tica Bus terminal. It was $14 for a private room with shared bathroom. Very basic but clean. Fast Wi-Fi here as well, fast enough to stream movies so I watched Shark Tank on Hulu to pass the time.

Around 9:00 AM the next morning I took a taxi to Universidad Centroamericana (UCA) for 50 cordobas or $2.17 where minibuses/shuttles to Granada leave from. The taxi driver was offering to take me directly to Granada for $30, but I said it was too expensive for me. The minibus from UCA to Granada was only 22 cordobas ($0.95)! At the UCA, take the shuttle that says “UCA” on it. The fare was also posted inside. It was quite an uncomfortable ride for me as I got there right before it was ready to leave, so there were no seats available. I had to stand up with my backpack. Then they pick up more passengers along the way and fit as many as they could inside. The trip was just over an hour. I think it was worth taking it even though they packed the passenger like chickens as I just saved myself $29!

I got off at the central park in Granada and was impressed with how pretty the city looks. I had breakfast real quick then started walking around looking for a place to stay. The city is also pretty small, so you probably won’t need a taxi to take you to your hotel/hostel unless you’re carrying a lot of stuff with you.