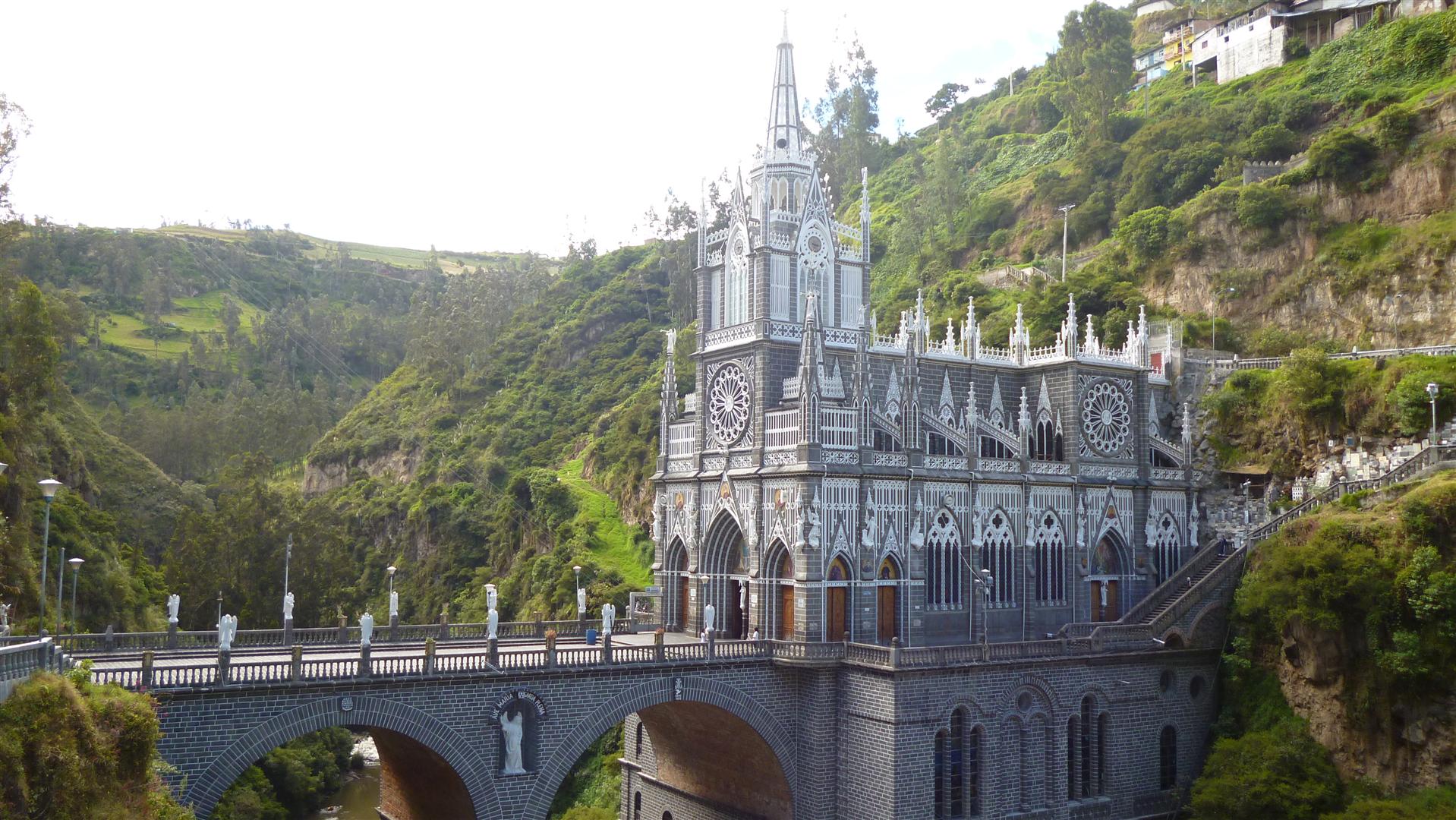 Ipiales was my last stop in Colombia. The city is very close to the border with Ecuador. There didn’t seem to be much to do here other than visiting the beautiful Santuario de Las Lajas.

I spent a couple of nights here as I arrived very late the first day, I just stayed at the hotel across the bus terminal. The second day I just walked around the city then visited the Las Lajas sanctuary. 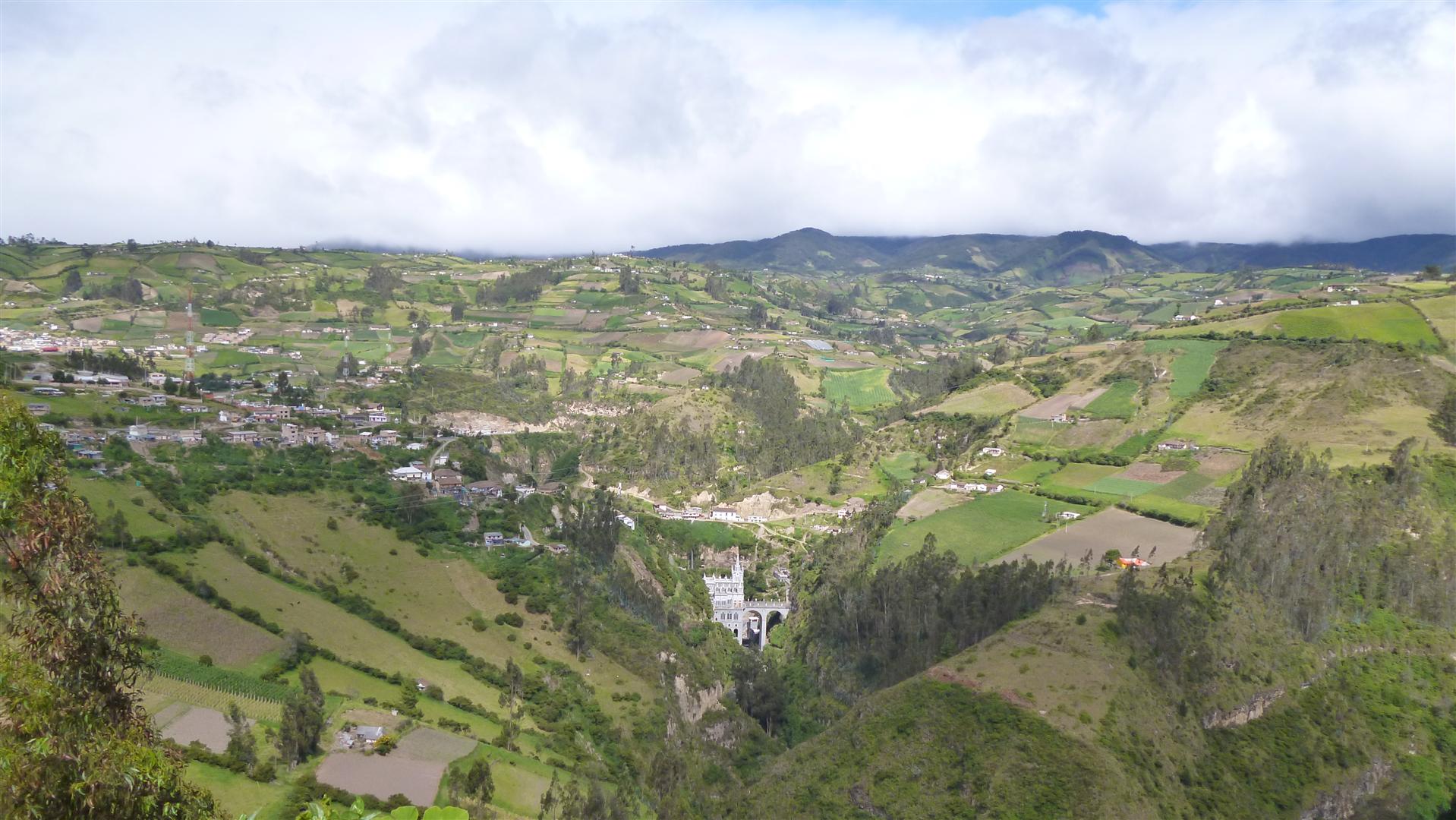 To get to the sanctuary I took one of the public buses/colectivos from the cathedral for COP1,000 ($0.55). It didn’t go all the way to Las Lajas, I got off at the last stop which was about 2km away from the sanctuary. It was an easy walk, though, as it was mostly downhill. Beautiful scenery along the way and really nice weather that day as well. You can see the sanctuary on the way down, located in a very cool spot: between 2 cliffs where it’s also acting as a bridge.

It’s a very cool-looking sanctuary, didn’t expect to see something like it in Colombia. There’s a small museum inside you can check out as well for COP1,500 ($0.83). It’s definitely worth visiting if you’re in Ipiales.

To get back to town, you can take one of the colectivo taxis (white cars) for COP1,900 ($1.05) near the entrance. You may need to wait a little bit if you’re by yourself as it won’t leave until it has enough passengers. 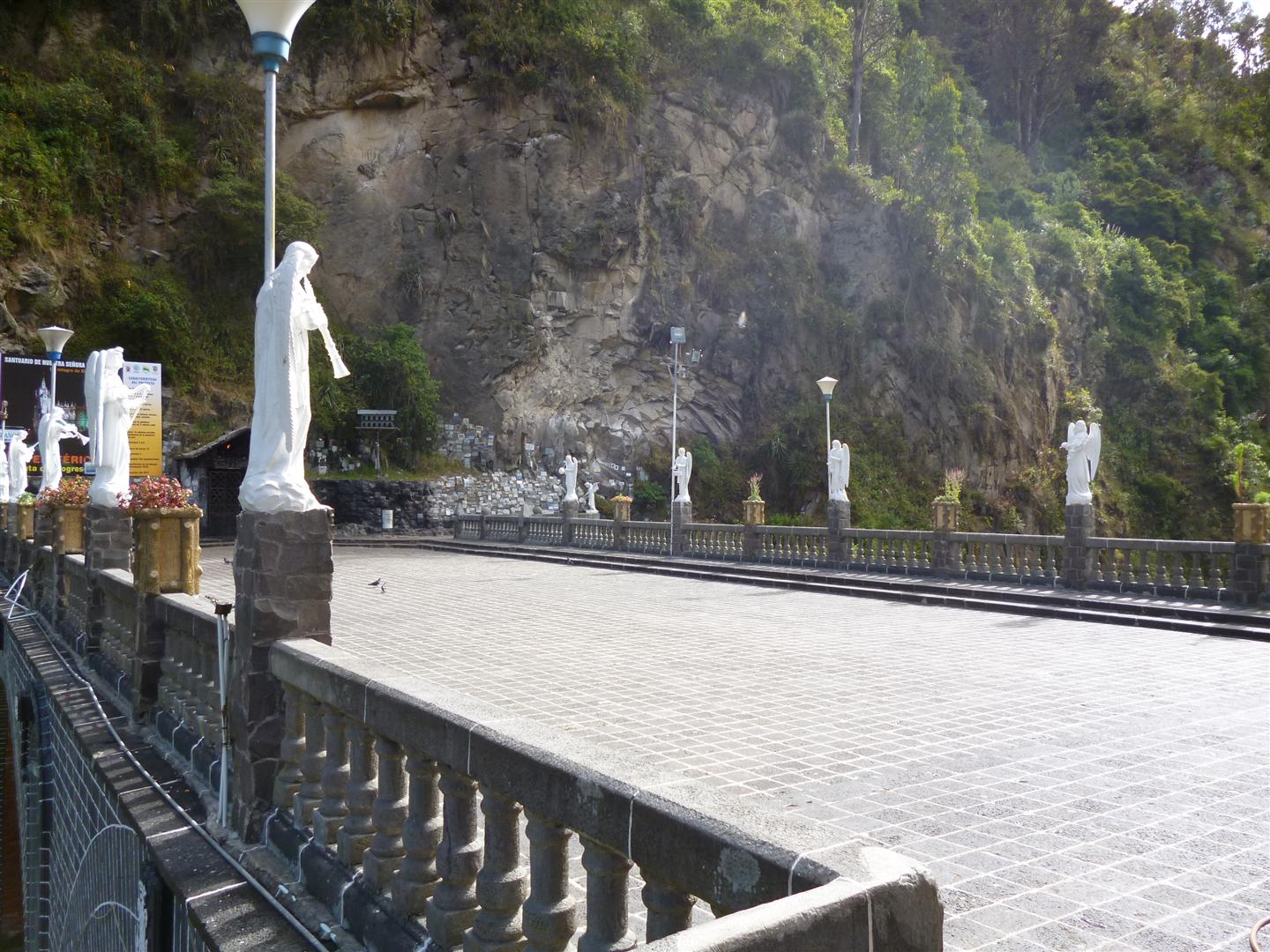 The following day I woke up early and took a taxi to the border. The border crossing went very smoothly as there weren’t that many people there. They just ask you what your profession is. I also heard from other travelers before that never say you’re a journalist, by the way. They recommend to just say that you’re a student. That was really the only other question I was asked in addition to where I was going, both in the Colombian and Ecuadorian immigration offices. I didn’t have to pay any departure or entry taxes.

Right outside the Ecuadorian immigration I took a taxi to Tulcan, Ecuador for $3.50. This might be a fixed price as I tried to get it down to $3.00 but the driver said no right away. I had no intention of staying in Tulcan so I told the driver to take me straight to the bus terminal there.

As soon as I got off the taxi I was approached by someone asking me where I was going and I told him Otavalo. He directed me to a bus heading to Quito which left a few minutes later. The typical public bus fare here in Ecuador is about $1/hour of travel. Otavalo is 3 hours away from Tulcan.

Since the bus I took is heading directly to Quito, I was dropped off by the highway instead of the bus terminal in Otavalo. It was about a 15-minute walk from there to the city center.