About 3 years ago, I was at a Barnes and Noble somewhere in Ohio and saw this book on the shelf called he 4-Hour Workweek by Timothy Ferriss and I said to myself, “4-Hour Workweek? Yeah, right…” and moved on to the next book.

Then about a year and a half ago, a good friend of mine mentioned that he’s reading this same book I ignored and he really liked it. So I got curious and went to my local Barnes and Noble and started reading it. I couldn’t put it down! The author managed to convince me that the title of his book, while not easy to do, is entirely possible.

My favorite part of the book is the section on mini-retirement. The idea is to take multiple, longer time offs throughout our working lives instead of waiting until the end of our careers. There is this story in the book about a fisherman and an MBA that really got me thinking: 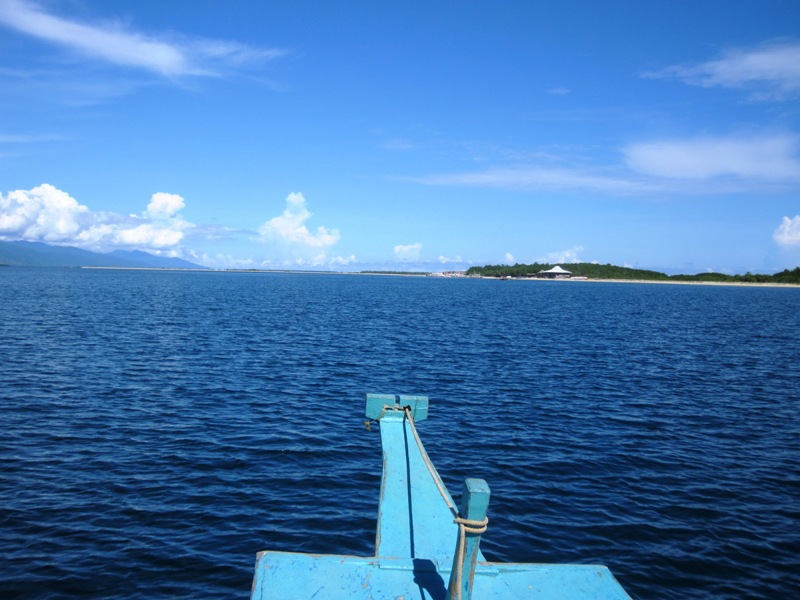 An American businessman was at a pier in a small coastal Mexican village when a small boat with just one fisherman docked. Inside the small boat were several large yellow-fin tuna. The American complimented the Mexican on the quality of his fish and asked how long it took to catch them.

The Mexican replied only a little while.

The American then asked why didn’t he stay out longer and catch more fish?

The Mexican said he had enough to support his family’s immediate needs. The American then asked the Mexican how he spent the rest of his time.

The Mexican fisherman said, “I sleep late, fish a little, play with my children, take siesta with my wife, Maria, stroll into the village each evening where I sip wine and play guitar with my amigos. I have a full and busy life, senor.”

The American scoffed, “I am a Harvard MBA and could help you. You should spend more time fishing and, with the proceeds, buy a bigger boat. With the proceeds from the bigger boat, you could buy several boats, eventually you would have a fleet of fishing boats. Instead of selling your catch to a middleman you would sell directly to the processor, eventually opening your own cannery. You would control the product, processing and distribution.

“You would need to leave this small coastal fishing village and move to Mexico City, then LA and eventually NYC where you will run your expanding enterprise.”

The Mexican fisherman asked, “But senor, how long will this all take?”

“But what then, senor?” asked the Mexican.

The American laughed, and said, “That’s the best part! When the time is right, you would announce an IPO and sell your company stock to the public. You’ll become very rich, you would make millions!”

“Millions, senor?” replied the Mexican. “Then what?”

The American said, “Then you would retire. Move to a small coastal fishing village where you would sleep late, fish a little, play with your kids, take siesta with your wife, stroll to the village in the evenings where you could sip wine and play your guitar with your amigos.”

Ever since I graduated from college I had already been thinking about retirement. I set some goals and tried to save as much as I could. I estimated that if I worked hard the next 20-25 years, save at least 50% of my take home pay, invest most of it in the stock market (after saving 1 year living expenses in an emergency fund) and expect an average 10% annual return, maybe I could retire in my 40s to finally enjoy life doing only things I love. Of course now we know after the last recession that anything can happen. Nothing is certain and 20-25 years is just so far away.

Around the time I was reading this book, I was starting to become unhappy at my current job. It used to be fun when I first started as everything was new to me and we had a great team. I enjoyed working with everyone and we all got along. When there’s a problem, we just fixed it, no pointing fingers. There were periods that I actually looked forward to coming to work.

But things change. The team grew way too fast, we made some bad hiring decisions that seem pretty hard to reverse in a big company (afraid of lawsuits?), there are conflicts in the department, too much politics, formal processes put in place which slowed down everything, and upcoming projects just didn’t seem that interesting or challenging. All good things eventually come to an end.

Whenever I go on vacation it feels that so much has happened in such a short time. You experience a lot of new things and it feels great. Then you come back to work and a week passes by and like nothing happened. This is when I realized that traveling is something I definitely would love to do more of.

So I set a deadline for myself. I decided that I will take at least a year off of work before I turn 30 to travel around the world. I started reading blogs of people who have taken career breaks to travel. Researched how much it would cost. What to take. Whether to get a RTW ticket or not.

As kind of a test run, I went to New Zealand just a few weeks ago on a backpacker’s budget for 2 and a half weeks to see if I can handle this lifestyle. I had an amazing time! I traveled only with a carry on (38 liter backpack, 3 sets of clothing), stayed in hostels for the first time, and ate cheaply most of the time. This made me realize that you really don’t need much to live happily. I actually prefer staying in a hostel now than in a nice hotel as I find it to be a good way to meet people and share stories, tips, and advice on the road. Although once in a while I would probably want to treat myself. I was very sad when that trip ended…

I was pretty miserable when I came back to work and this is when I knew I’m ready to do this. I gave my 2 weeks notice the following week and today is my last day. I was originally planning on doing this either next April after I get my bonus or next June (which completes 3 years of service with the company) so I’ll get my 401k match . But those didn’t matter anymore, I couldn’t wait that long.

For the next two months I’m just planning to take things slowly. Finish up some personal projects I’ve been working on (no more excuses about being too busy with work!), be more active, travel around the US (still a lot of places in the US I haven’t been to) and take advantage of last minute deals. Then January of next year I’m planning on heading to Central America to start my journey and take it from there. I’m planning to be away for a year to a year and a half. Depending on how things go I may shorten or extend it.

I’m very excited to learn and try new things. I no longer have to be on someone else’s schedule. I get to choose to do only the things I want to do and when. Some people might think I’m crazy and irresponsible for quitting a well paying job at a time when a lot of people are struggling to find jobs. But I believe there will never be a perfect time to do this. If I don’t make a decision now and keep looking for excuses it may never happen.

Things could of course go either way. This could be the best decision I’ve ever made or turn out to be a big mistake. But I’ll trust Mark Twain when he said:

Twenty years from now you will be more disappointed by the things that you didn’t do than by the ones you did do. So throw off the bowlines. Sail away from the safe harbor. Catch the trade winds in your sails. Explore. Dream. Discover.