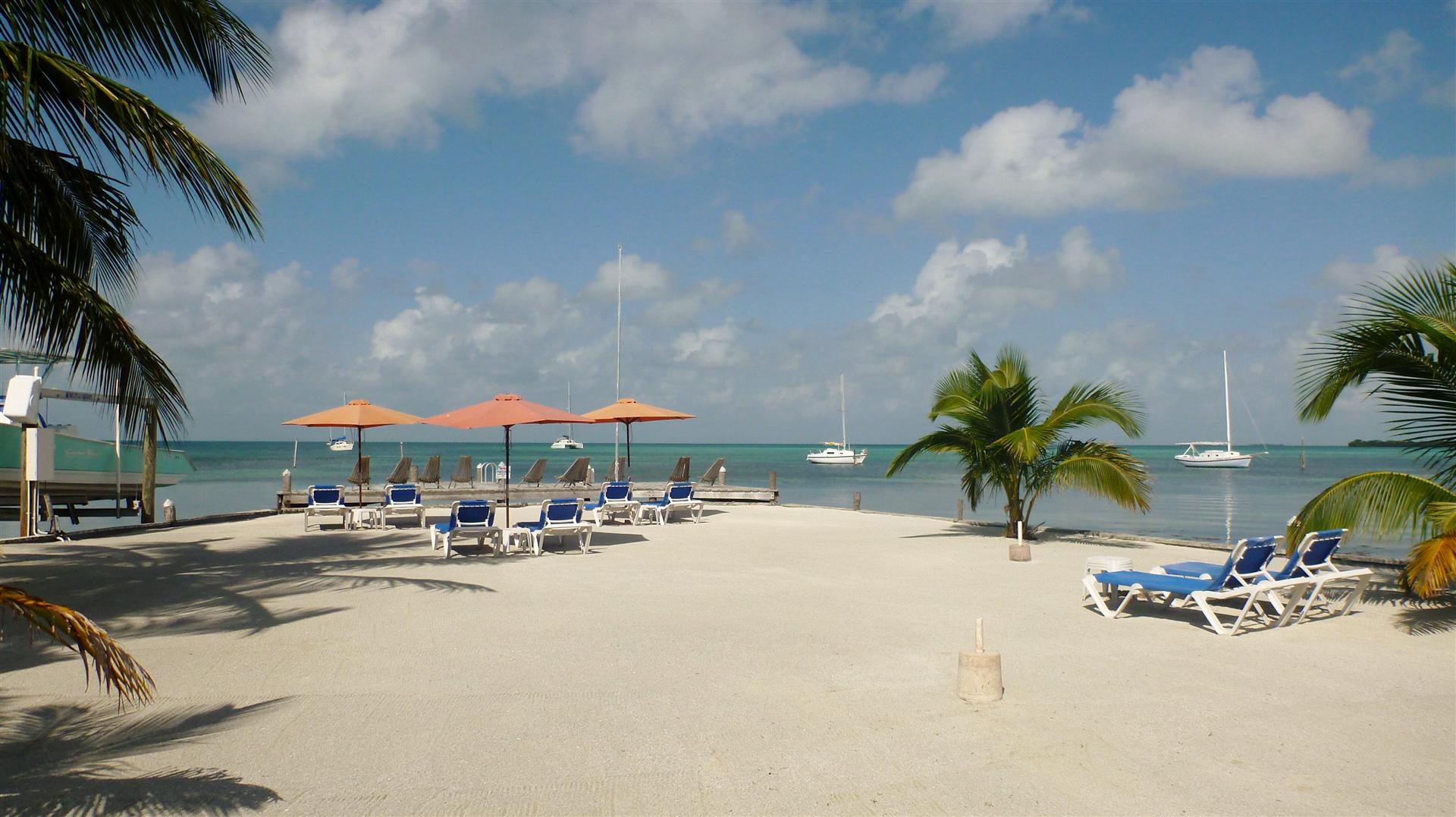 I thought that 3 nights in Caye Caulker would be more than enough as the island is very small. You can probably walk the entire island in less than 2 hours. They don’t even have cars here, just golf carts and bicycles. But I ended up staying 5 nights as I enjoyed it so much.

I spent a lot of time here really just doing nothing. I usually start the day by walking around. Then I look for a nice spot near the other hotels/hostels and sit down on their beach chairs or lie down in the hammocks. Sometimes I’ll do some reading, or listen to music, or just watch the ocean while enjoying the nice breeze.

I went on a full day sailing/snorkeling tour with Raggamuffin one day for $50, and that was really the only active thing I’ve done on the island. It was definitely an awesome day as the weather was great, the water was clear, and we saw sharks, stingrays, and tons of fish I couldn’t name. It was about 3 hours of snorkeling and 3 hours of sailing and included lunch, snacks, and plenty of rum. The guides were very friendly as well.

There’s really not much beach area on the island. Most people pretty much hang out at the “Split,” which divides the island to two. Beautiful view here and very clear, calm water. Good spot for snorkeling. Even though we were there during the high season, there actually didn’t seem to be much people on the island, and the Split was probably the busiest section.

Reggae is pretty big on the island as well. There’s a reggae bar called I and I and it has a nice area on the third floor where you can just chill out and enjoy the view and the breeze. It also has hammocks.

Our last night there, we went to a bar called Bambooze as they had an event called the “chicken drop.” Basically, they have a square board outside the bar with numbers written on it. You buy a ticket for $1 and you get a random number. Then someone brings out this chicken, shakes it a few times, then throws it on the board. The chicken runs around until it takes a “drop.” If the chicken poops on your number you win like $50. Pretty funny thing to watch. 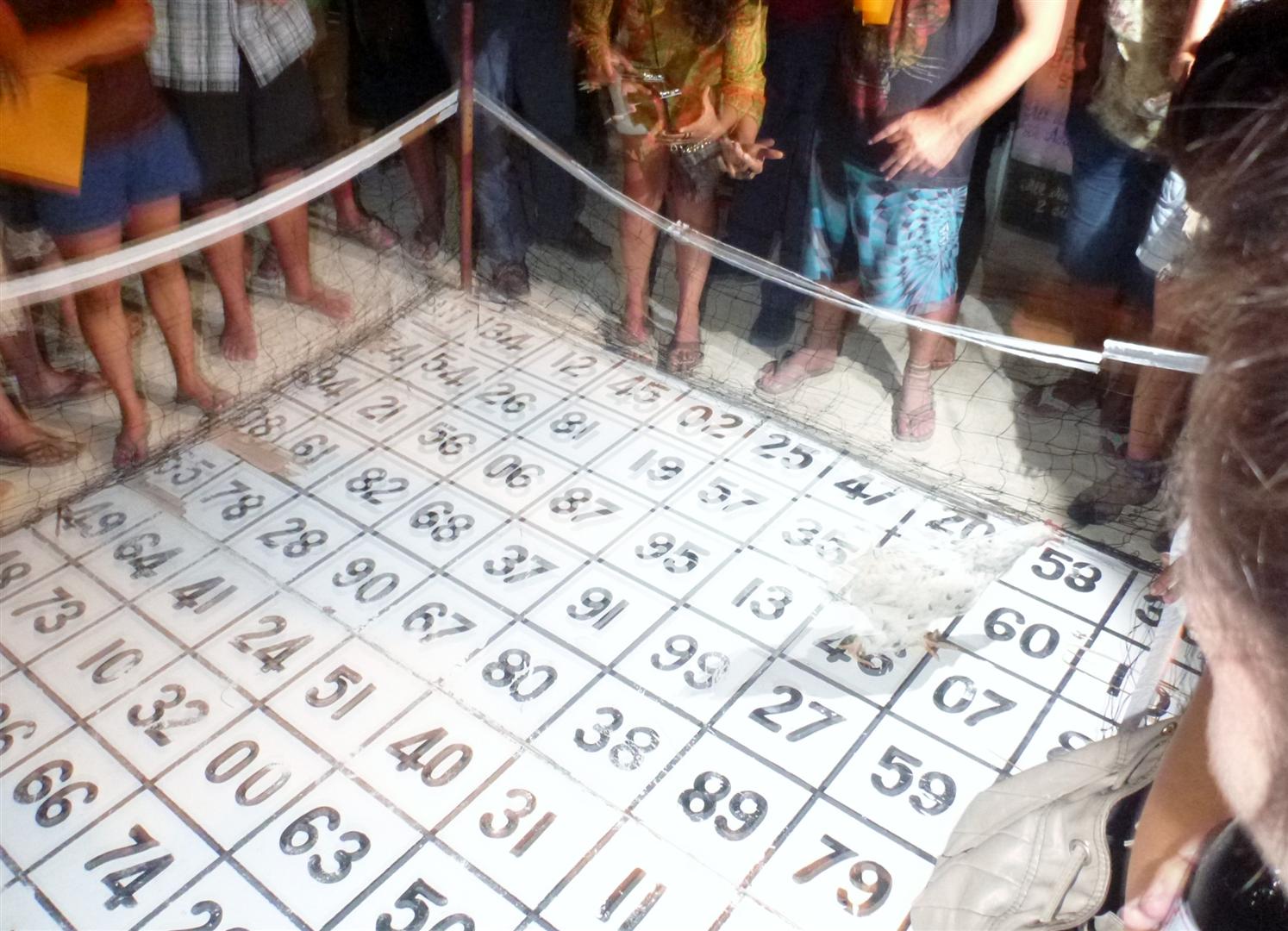 From Caye Caulker, we took a water taxi to Belize city. The ticket cost about $10. Forgot how long it took, but I think it was less than an hour. It was a bigger boat as well so the ride was pretty smooth.

From Belize City, we took a taxi to the Novelos Bus Station for about $3.50. It was a very short ride, probably about 10 minutes.

From the bus station, we took the bus heading to Benquefor $3.50. The buses here are old US school buses, still pretty comfortable. If your backpack is small enough you can take it with you to your seat. Otherwise, they’ll put it in the back of the bus, so you may want to sit in the back so you can watch it. San Ignacio I believe is the second main stop. Around a 2.5 hour ride. 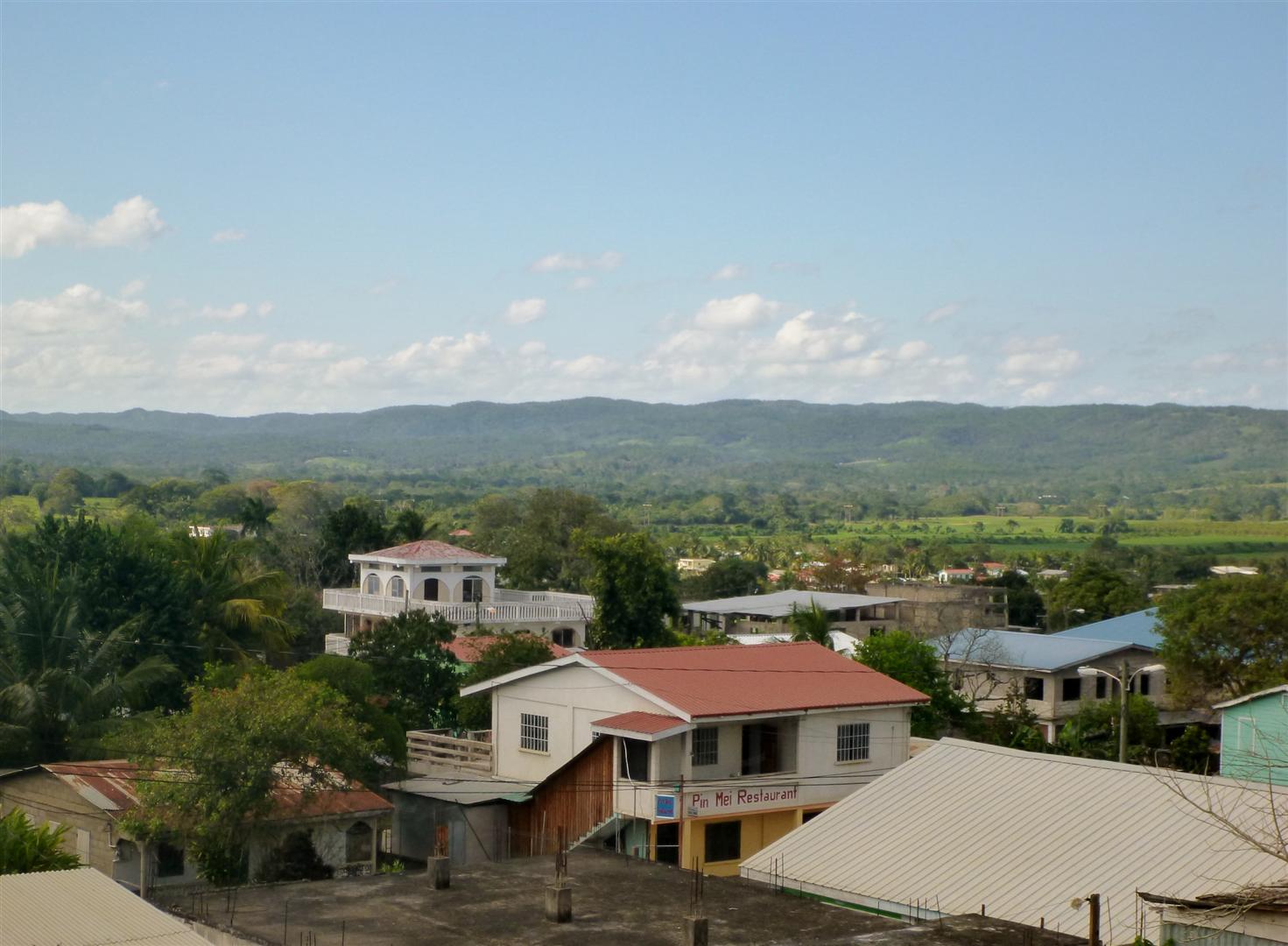 We decided to stay in San Ignacio for a night at Elvira’s guest house for $17.50 for a room with 2 beds. The owner seemed very nice. She gave us a tip on how to get a cheaper taxi to the Belize-Guatemala border for the following day.

We didn’t do much in San Ignacio. We basically just walked around and checked out the Cahal Pech ruins ($10 admission). Pretty neat ruins, quite small though. If you’re going to go see the ruins in Tikal, I say skip it, unless you really like ruins.

San Ignacio to the Guatemala border

The night before, we asked near the bus station how we can get to the border. There was a man there who told us we can take a bus, but it won’t go all the way to the border and we’ll need to switch to a taxi to reach the border. The cost for this is just under $5 per person. The other option is to take a colectivo for around $5 per person and it will drop us off right at the border.

That morning my friend asked the owner of the guest house we stayed in if there’s a cheaper way to get there. She told her to look for taxis that has the characters “BVO” written vertically on the license plate and it would be much cheaper. She was right. We found one and paid $2.50 per person, half off!

At the border, we had to pay $15 for Belize’s departure tax and $3.75 for some other fee. We got there early and we were pretty much the only ones there. There were people asking us to if we wanted to exchange money.

More fees. We had to pay about $2.60 (20 quetzales) to enter Guatemala. We actually almost missed this, it doesn’t look like anyone will stop you if you did. It’s on the left side once you exit Belize immigration. I met two girls from Australia in Flores (who we actually first saw in San Ignacio, we were on the same bus on the way there) and they said they missed it and just walked past through. Not sure if this would cause problems later on as they’re now missing an entry stamp on their passports. It basically looks like they smuggled themselves into Guatemala.

We didn’t do our homework the day before on how to get to Flores from the border. It looks like there’s only one bus that leaves from the border at 12:30PM. We got there 9ish and it would be a long wait. So we decided to just take a private ride for $15 per person. The guy was actually charging us $30 per person originally (and of course he would say he normally charges $40). We were like, “No that’s ok, we’ll wait for the bus.” He kept lowering his price until we agreed to $15. The bus would probably still be much cheaper, though. It looks like he was on his way to work to Flores anyway so still a good deal for him. We picked up his co-worker on the way there. It was about a 2 hour ride.