I originally wanted to start my trip in Guatemala. But then I noticed that airfare to Cancun is much cheaper than to Guatemala City. Since I have a very flexible schedule, I decided to just start in Cancun and take buses/ferries to Guatemala, which I’m really glad I did.

This post is just a summary of my experiences from the start of my trip up to Caye Caulker, Belize. 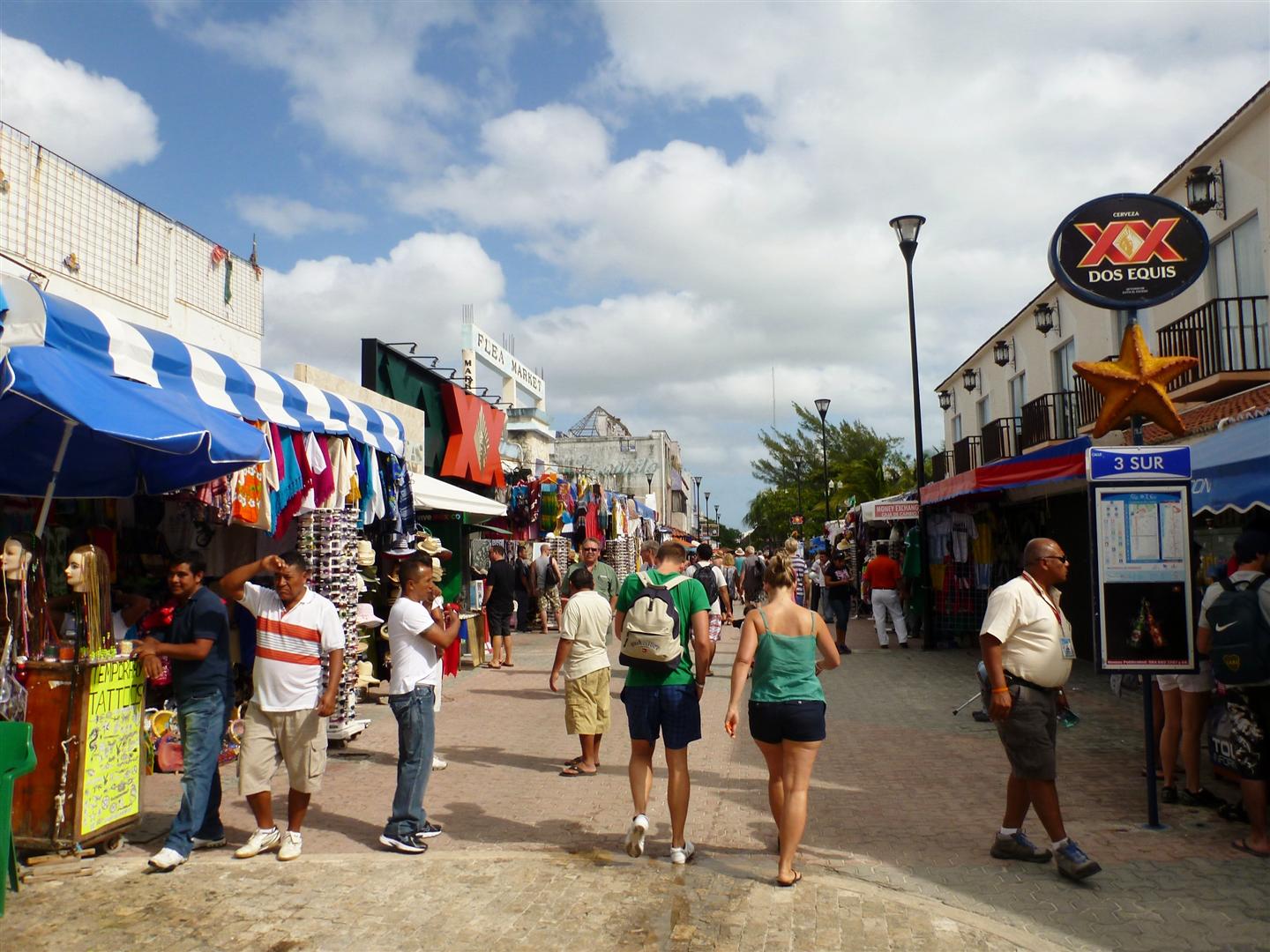 From Cancun airport I took the ADO bus to Playa del Carmen for $10. It’s a big bus with air-con and TV and very comfortable. It took about 1-1.5 hours to get to the bus station in Playa del Carmen (between 5th Ave and Juarez street).

I stayed in Hostel Vive La Vida for about $13 a night. Pretty good hostel.

You can also take the ‘colectivos,’ which are basically minivans, to get around. They’re a little bit cheaper than taking the ADO buses but also less comfortable. For long trips it’s probably worth paying a little bit more for the ADO buses.

I stayed in Playa del Carmen for 3 nights. 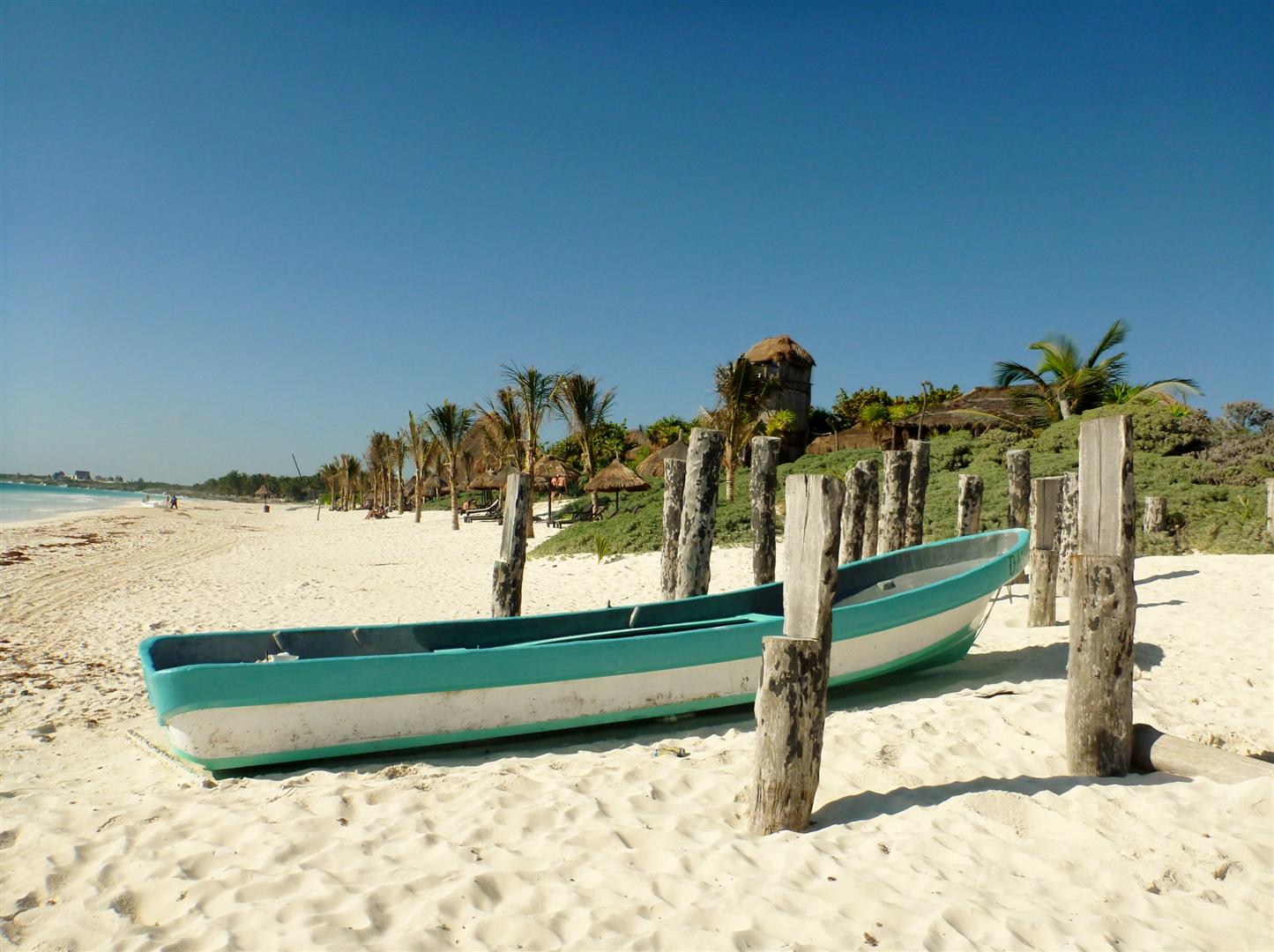 I was going to head straight to Chetumal from Playa del Carmen but I met a girl on the bus from Xel-Ha who just visited Tulum and she told me the beach there is beautiful and she recommended to visit it, so I did. It actually worked out pretty well as you pass by Tulum on the way to Chetumal anyway.

I took the ADO bus again from the 5th Ave bus station for around $5 (about an hour ride) to Tulum (the bus will make 2 stops, Tulum is the last stop). I didn’t book accommodation in advance so I just walked around and saw the Weary Traveler hostel two minutes later and just decided to check in there. Stayed there for 2 nights for around $11 a night (you get 5% off if you stay 2 nights). The price is pretty good for what you get as it includes breakfast and bus ride to the beach in Tulum. They offer free salsa lessons at night as well.

I didn’t go to the ruins in Tulum but I did hear from other travelers that they were really nice. I did check out the beach which, in my opinion, is much better than Cancun or Playa del Carmen’s. It’s smaller but also much less crowded. You can also camp or rent huts near the beach.

From the Tulum ADO bus station, I purchased a one-way ticket to Chetumal for about $16. I think the bus ride was about 3 hours long.

I thought about staying in Chetumal for a night as I read there was only one water taxi scheduled to leave from Mexico to San Pedro, Belize (then to Caye Caulker) and I wasn’t sure what time it was. But as I was about to head out to the exit I saw a few people on the bus I took buying tickets. I looked closer and found out that you can buy a ticket for the water taxi that goes to Caye Caulker right from there. The water taxi terminal is about 10 minutes away from the Chetumal bus station and the water taxi to Belize leaves in 45 minutes so I just went ahead and bought a ticket to Caye Caulker for $37.50. 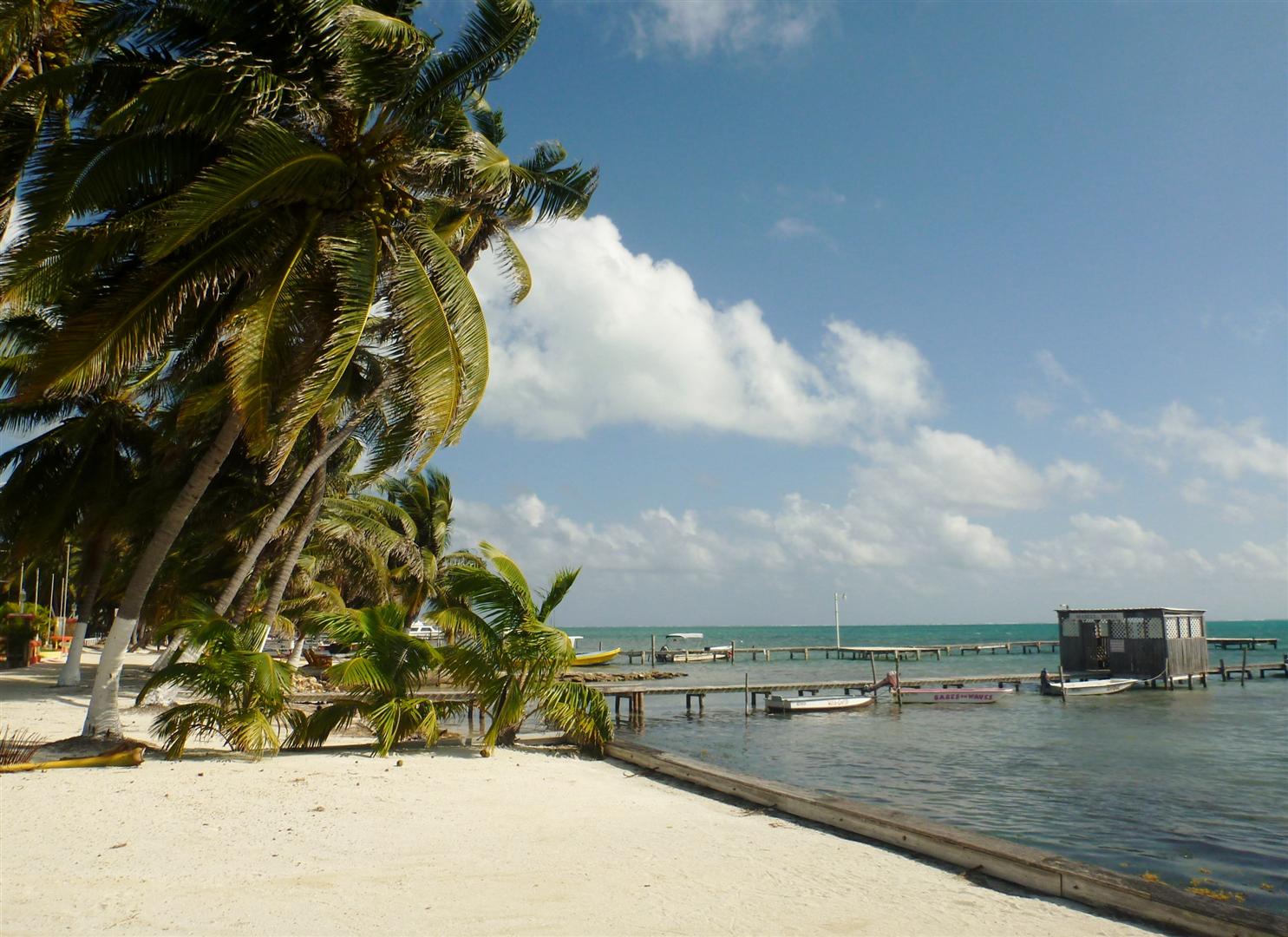 I took a taxi (around $3.85 (50 pesos)) to the water taxi terminal. At the terminal, they make you pay a bunch of other fees before you can leave Mexico. The first one is a “port tax” for 70 pesos. And the second one, the departure tax, which I read is a scam, for 294 pesos (or $24 if you don’t have pesos). I even asked the guy selling the tickets at the bus terminal and he said there is no departure tax. If you flew in to Mexico you already paid for it when you bought your plane ticket. Supposedly, if you tell them you’re not returning to Mexico they’ll go ahead and stamp your passport. I told the guy about it but he wouldn’t budge. He said it’s required if you arrive in Mexico in 2012. He showed me a document in Spanish that’s supposed to explain this which is probably fake. If you don’t pay, he won’t stamp your ticket and he’ll make you go to the bank across the street, pay there, then show him the receipt. Too much hassle and the water taxi is leaving pretty soon so I decided to just pay there.

The water taxi first stops in San Pedro, Belize (about a 90 minute ride). Try not to sit in front as the ride can get pretty bumpy. We got stopped by the Belize coast guard as we entered Belize. They broke the water taxi’s door as they got closer to board the boat to check the passengers (maybe they’re newbies). Apparently, a prisoner escaped so they’re checking all boats entering Belize (no idea why they’re checking here).

We had to get off San Pedro to pass through customs and immigration. From there, we switched to a smaller boat to take us to Caye Caulker (about 40 minutes I think). That ride was actually quite nice, kind of like a sunset cruise.

It was already dark when we reached Caye Caulker. It was a Friday as well and supposed to be the start of the high season. Since I didn’t really plan to be there that day I didn’t make any reservation. I met bunch of people on the boat who didn’t have reservations as well so we decided to walk together to look for accommodation. I don’t recommend walking in some areas of Belize alone at night.

People will stop you on the street asking if you’re looking for a hotel. I guess they get a commission. One guy asked us what kind of hotel we were looking for. We told him the cheapest one available. He was like, “Under $40?” And we were like, “No, cheaper.” He asked, “Give me a price?” We said, “Under $15 a night.” And the guy responded, “Have a good night, my friend.” Haha.

So we continued walking and asking around. At this point I was walking with the girl I was sitting next to on the water taxi as we got separated from the other groups. She said someone mentioned a guest house called Sandy Lane might have a room available. So we looked for it and when we got there they only had one room left with 2 beds for $12.50 a night. We thought it was $12.50 per person but it actually turned out it was $12.50 for the room! So we shared the room and each of us paid just around $6 a night. And we thought Belize would be expensive! Nice, clean room. It’s shared bath only but can’t complain for the price!