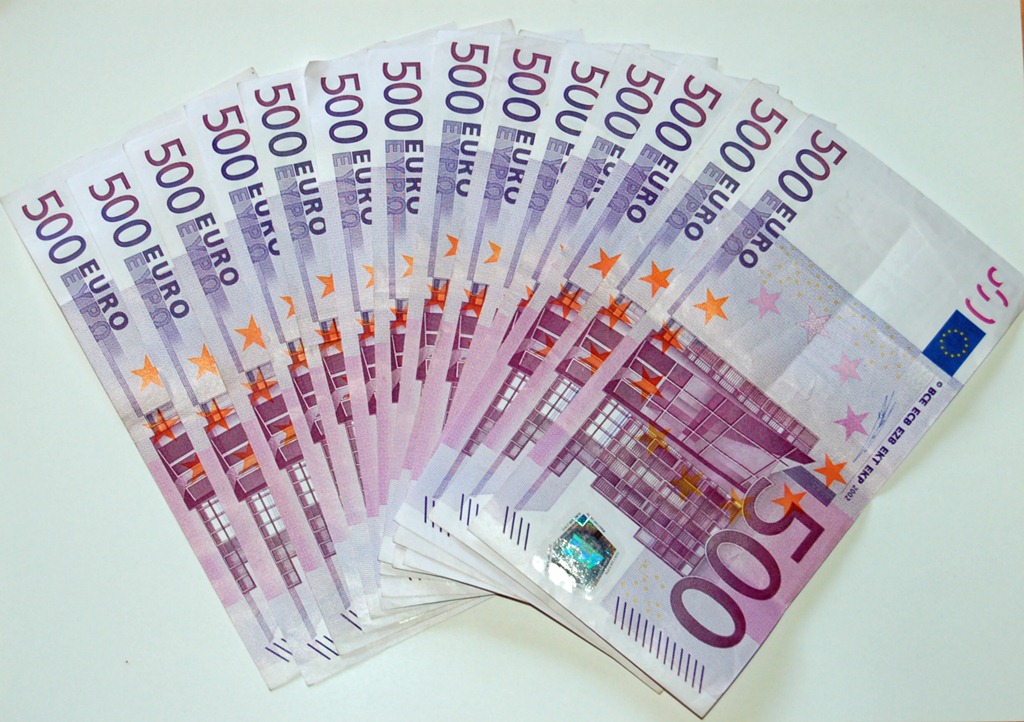 I somehow managed to get a hold of a 500 euro note when I was in Serbia as I paid for someone’s plane ticket and he paid me back part of it in euro. I normally wouldn’t accept such a huge bill as I figured it would be a pain to spend, but he didn’t have enough smaller bills so I took it.

The 500 euro note is one of the highest value notes in the world, equivalent to roughly $675 USD. Because of its very high value, it’s believed that it’s mostly used by criminals for money laundering. Most people have actually never held a 500 euro note. People sometimes refer to these 500 euro notes as “Bin Ladens,” as people know they exist, but no one has seen them. There were even talks about getting rid of it completely.

I’m in Germany now, the first European country I’m visiting that uses euro as its currency, so I can finally use it. The problem is, unless you’re making a big purchase, many shops will not accept it. There’s also the issue of counterfeits and many places may not know how to check if the note is legit. Your best bet is to go to a bank to break it.

I read somewhere that Deutsche Bundesbank will break it free of charge. I went there today but it was already closed. I ended up going to a ReiseBank AG branch instead.

I found a ReiseBank inside the Berlin Hauptbahnhof station, which looked more like a small currency exchange booth. I simply walked in, asked if they break 500 euro notes and the lady said yes, but they charge a 2 euro fee. I said ok, handed the money, she put it in a machine to check if it’s real, and gave me back smaller notes mostly in 50s. Very quick and easy, no questions about where I got it from and didn’t ask for any ID.

If you can avoid them, you should as they’re very inconvenient to use unless you make lots of big purchases in cash. Plus it makes me uncomfortable having this much money on me. I’d avoid any notes higher than 50 euros (there are 100 and 200 euro notes as well).