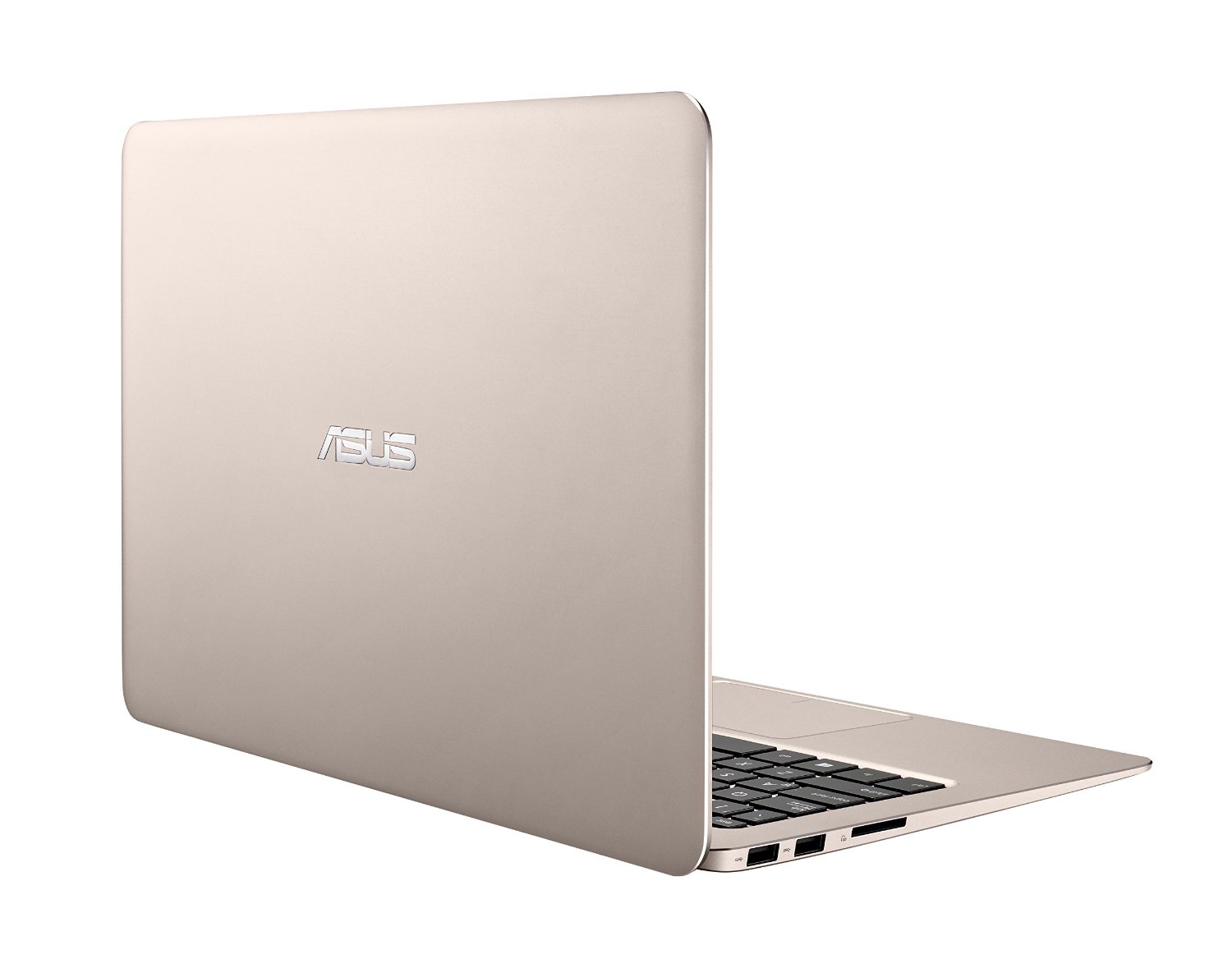 I finally replaced my 3-year-old Dell XPS 13 Ultrabook about 3 weeks ago with this cheaper ASUS Zenbook UX305LA model.

I originally intended to replace it with the newer developer edition of the XPS 13 line but then I found out a couple of days after I placed my order that an even newer model with a newer generation CPU that's more efficient and a faster SSD was just released. The newer edition also has a Thunderbolt 3/USB Type-C port which is looking to become the future standard of connectors for all kinds of devices. So I canceled my original order and decided to buy the newer version from Amazon this time (I hate how Dell doesn't allow you cancel your order from their website and requires you to make a phone call which I really don't like doing in this day and age).

But then I did a little bit more research and found out that this latest version has a wireless card that's not compatible with the current Linux drivers. Dell actually doesn't even have a developer edition for this model yet. I've read that the developer editions which has Ubuntu pre-installed usually have a different wireless card.

As I was re-considering of going back to the older model that's fully compatible with Ubuntu, I stumbled upon this ASUS Zenbook UX305LA on Amazon. As I was looking at the specs (Intel Core i5, 8GB RAM, 256GB SSD), I noticed that they're pretty much identical to the Dell XPS 13 (9343) Developer Edition that I originally picked but $500 cheaper! I paid $700 for this laptop and the XPS 13 I was considering was $1,200.

I've also read that this model works very well with Ubuntu and that's pretty much all I needed to make my decision of going with this laptop instead.

As you can see from the screenshot above, this ultrabook looks like a MacBook Air clone. It looks very nice, though not as sexy as the Dell XPS 13's chassis. The length and width is about half an inch bigger than the XPS 13's but it's slightly thinner. It weighs about the same as the XPS 13, but if you include the power adapter and cable, the ASUS Zenbook is actually lighter overall, a very nice plus if you're a digital nomad who only travels with a carry-on. This laptop is also very, very quiet.

The keyboard and touchpad are ok. Nothing special and works well enough.

This was actually the main reason I was shopping for a new laptop. My old XPS 13 only had a 1366x768 resolution (I got one of the much earlier models) and glossy screen. I went with the non-touchscreen version of the Zenbook with a matte screen at 1920x1080 resolution.

The screen looks great even when you're in direct sunlight. It's quite bright as well and most of the time I'm actually only at 30% brightness setting.

I felt so much more productive these last few weeks thanks to the higher resolution screen. Makes life so much easier when writing web applications.

I also tried Ubuntu 15.10 with this laptop but, unfortunately, the Bluetooth drivers weren't working yet.

I'm a little disappointed with the battery life. It's advertised to have 12 hours of battery life. I was expecting to get around 10 hours which would've been perfect for me, but I'm currently only getting 6-7 hours. But then again, that 12 hours that was advertised is if you're running Windows.

Ubuntu doesn't really have a built-in, highly customizable power management tool. But there are third-party packages out there that I haven't played around with yet. I might update this review once I try them out to see if I get a big improvement.

As far as my typical usage, I usually have PyCharm IDE, Chrome with at least 10 windows open, and a bunch of Docker containers running for software development. I also use a Bluetooth mouse and usually leave my brightness setting at around 30%.

Overall, this is a great value for a $700 ultrabook. I'm expecting sometime early next year, ASUS will release a newer model of this ultrabook with the newer, more power-efficient Intel CPU which could significantly increase the battery life. I'm also expecting the USB-C port to be used in more devices next year which would make things so much easier for digital nomads. Imagine just taking one cable and a small adapter with you to connect and charge all your devices.

If you're looking for a powerful but cheap Ubuntu-compatible ultrabook that's great for traveling, then look no further and get yourself an ASUS Zenbook UX305LA.