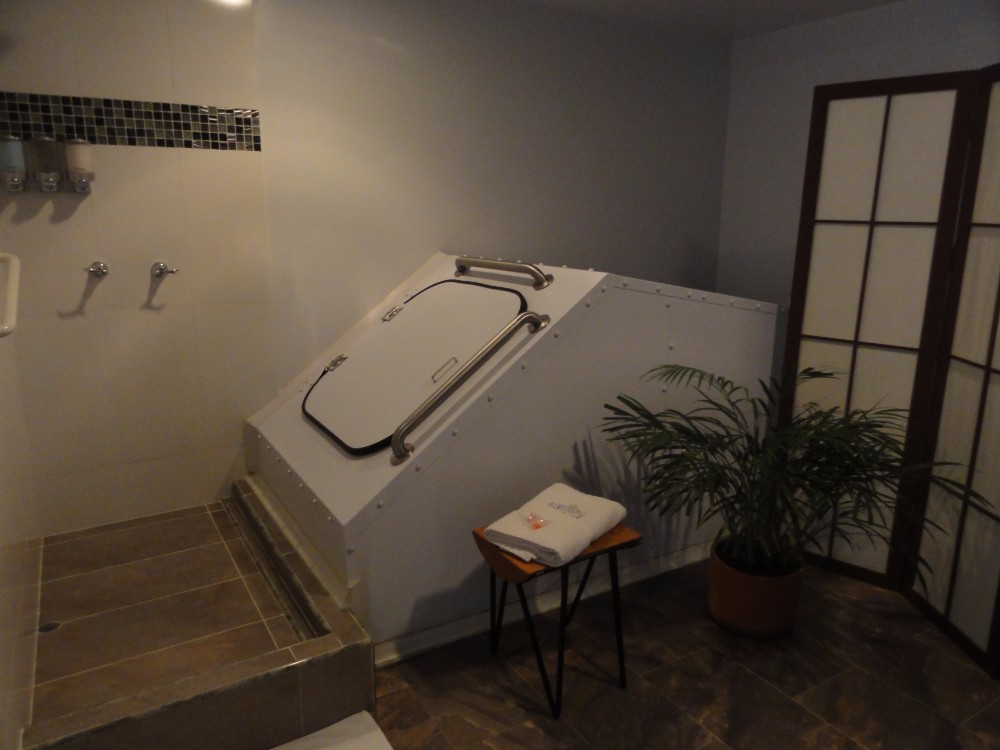 I've been doing a daily 10-minute meditation practice for about 4 months now. Just a few weeks ago, I decided to finally give a floatation tank a try.

I've heard about floatation tanks before, but what really got me interested in it was Tim Ferriss' latest book "Tools of Titans." One of the people he interviewed mentioned that spending time in a floatation tank is like meditation on steroids.

If you've never heard of a floatation tank before, it's basically a small tank filled with about a foot of water and lots of epsom salt, which forces your body to float. The water is warm, about skin temperature. Inside the tank, it's completely pitch black and there's no sound. You simply lie down, float, and be completely in peace for an hour or so.

I was in Bogota, Colombia when I decided I needed to give this thing a try. Luckily, it turned out there's actually a float center in Bogota and the only float center in the city as far as I can tell. It's called Serenity Float & Relaxation Center.

I just booked an appointment directly from the website the day before and it was quickly confirmed. It cost 130K COP (around $45 USD) for an hour of floating. The owner, Paola, welcomed me when I arrived and explained everything in detail. She was very friendly and answered all my questions. The facilities were really nice. They have 2 floatation tanks available, so you can go with a friend/partner.

The tanks were in separate rooms, each room has its own shower. You take a shower first, put earplugs on, and off you go. It felt weird at first. As soon as I lay down I was floating all over the place but got the hang of it after a couple of minutes and I started to relax. You want to lie down completely, with your ears submerged in the water.

After a few minutes, you actually don't even really feel the water, probably because the temperature matches your skin's. There were tubes attached to the tank for oxygen, though if you're not completely comfortable being in an enclosed space in complete darkness, you can leave the tank's door slightly open as well.

While floating, all kinds of thoughts instantly took over. But since I've been meditating, I pretty much expected this and just tried to let them go. I could actually see floatation tanks being quite a handy tool for solving hard problems as you're completely alone with your thoughts and there are no distractions.

One thing you really want to avoid doing while you're floating is touch your face. Epsom salt is not salty, it's bitter. When it gets close to your eyes, it really stings. Paola actually warned me about this and told me to come out of the tank and use a towel if I feel an itch and need to rub my face. I, of course, didn't listen and did it anyway. Luckily it was towards the end of the session.

I booked for an hour but I was actually there for more than an hour as I arrived early. Overall, it was definitely a neat experience and I'm really glad I tried it out. I'm considering of going again as from what Paola told me and from what I've read as well, it takes a few times to really see the benefits.

If you're in Bogota and curious about floating, definitely give Serenity a try.