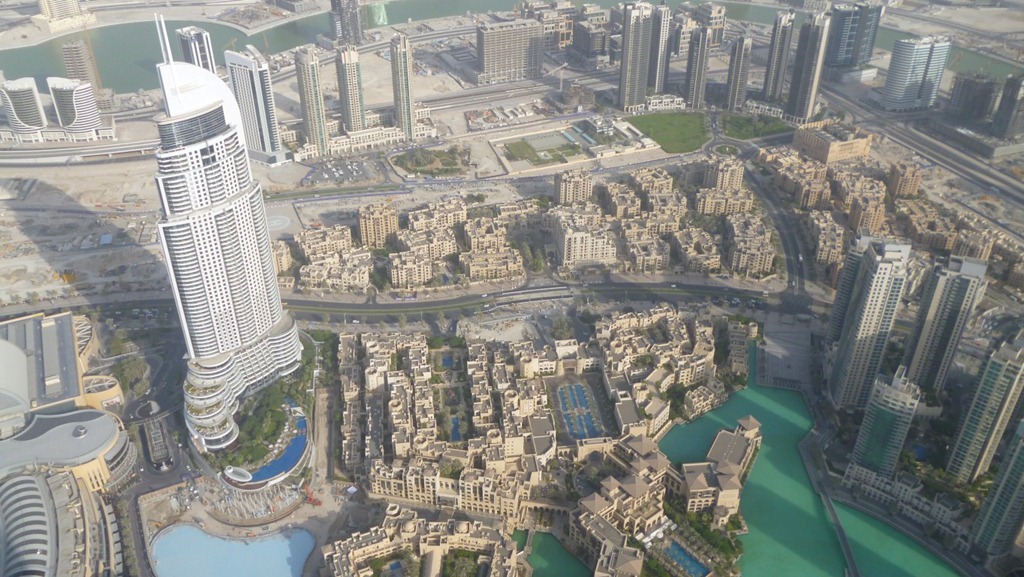 I originally planned on heading straight to Belgrade, Serbia from Bangkok, but while searching for flights I noticed that the cheaper airlines go to Dubai first in the United Arab Emirates. Since I haven’t been there I figured I’ll stop by for a couple of days.

I was there during Ramada (from July 10 to early August). Dubai has very strict rules regarding fasting during this time. Everyone, including tourists/non-Muslims, are not allowed to eat or drink in public. Even the restaurants at the big malls were closed. There were signs that’s it’s illegal for them to serve food. You could still buy food at some supermarkets and restaurants that are open for takeout to eat at your hotel. Luckily, the place I was staying at has a 24/7 supermarket on site where I could get some food and bring back to my room to eat.

It was also very, very hot during this time, making it tough for tourists who want to do some sightseeing. I had a small bag with me with a bottle of water inside and when I was thirsty I had to go to a bathroom stall and drink it there so no one could see.

As far as sightseeing go, I visited the world’s biggest mall (Dubai Mall) to watch the world’s largest fountain show, right in front of the world’s tallest building (Burj Khalifa). I also checked out the indoor ski park inside the Mall of the Emirates. It was actually smaller that I thought, but still pretty neat.

The buildings in Dubai are pretty amazing to see for the first time. It looks like they were strategically placed and come in different shapes and sizes. There were also still lots of construction going on, it feels like you’re in a city still very early in its development.

I also decided to check out the tallest building in the world, the Burj Khalifa. It has over 200 floors but the observation deck only goes to the 124th floor, which is still very high. I reserved a ticket online the day prior as buying the ticket onsite the same day will cost about 3 times more ($109 vs $36). You have to pick the time you want to visit online and show up at the entrance in the lower ground of the Dubai Mall to pick it up.

I believe this building also has the fastest elevator in the world. Getting to the 124th floor was very quick. The view from the top was pretty neat, everything else around it looked quite small. I can only imagine what they would look like at the very top. There were telescopes up there as well free of charge to use. Other than that, though, not much else here to do other than look and take pictures. I thought the $36 fee was quite steep considering what you get.

For some reason, there were also a lot of Filipinos working there. Pretty much every shop and restaurant I’ve seen in the Dubai Mall has at least 1 Filipino employee. While I’m not sure about the statistics, I’d say probably about half of the population in Dubai are Filipinos.

I only saw a small portion of Dubai and enjoyed my quick stop there. I felt that was enough for me, but if it wasn’t Ramadan and if the weather wasn’t as hot I would probably have stayed longer. Of course, if I had a ton of money I’d probably just buy my own artificial island and live there.