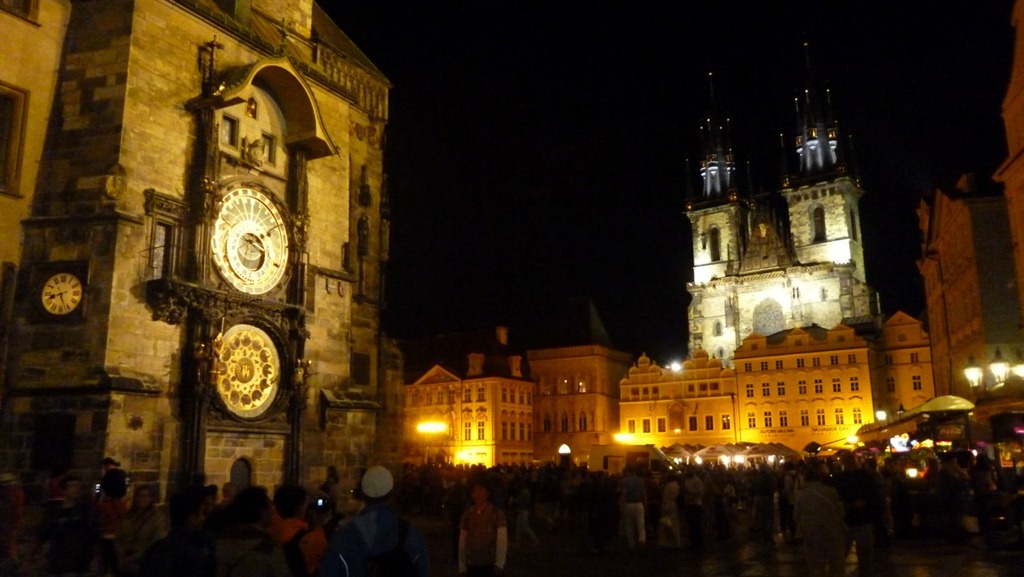 Prague is one of those cities that you often hear about for being beautiful and affordable. While it’s not as cheap to travel here as it used to be, it’s still a very good value compared to other western European capitals.

I stayed in the city for a total of 12 days as I really enjoyed exploring the city and didn’t want to rush. There were many beautiful things to see and most were located around the old part of the city and the city center, such as the Charles Bridge, the St. Vitus Cathedral, and the Castle District. I highly recommend exploring the city both during the day and at night. I actually prefer walking around at night as it looks much different and had a romantic feel to it.

If you just want to relax you can hang out at one of the many outdoor cafes. I was here in late August/early September and the weather was great, though there were a few days of rain. The city also has a nice big zoo where you could easily spend half a day exploring. The entrance fee was 200 CZK.

Getting around was very easy with trams, buses, and subway lines. I ended up using the trams the most as I found them the most convenient and they covered most of the city. While the subway closes around midnight, trams and buses ran 24/7. If staying for more than 7 nights, I recommend getting a 30-day transferrable pass for around $35, roughly equivalent to the cost of two 3-day passes. Note that there were 2 types of 30-day passes: non-transferrable which is a little bit cheaper but requires an ID and photo, and the transferrable one which you can lend/give to someone when you’re done with it. You can get these passes at the bigger metro stations, look for a ticket booth inside the stations.

For nightlife, check out Cover Place, a club located in an underground nuclear bunker. It was quite spacious inside. I came here as part of a Couchsurfing event and most of the locals I’ve talked to actually didn’t know about these types of clubs.

Judging from the number of tourists I’ve seen in Prague, it had obviously become a very popular destination. If the cost doesn’t go up too much in the future, I would probably come back here again.