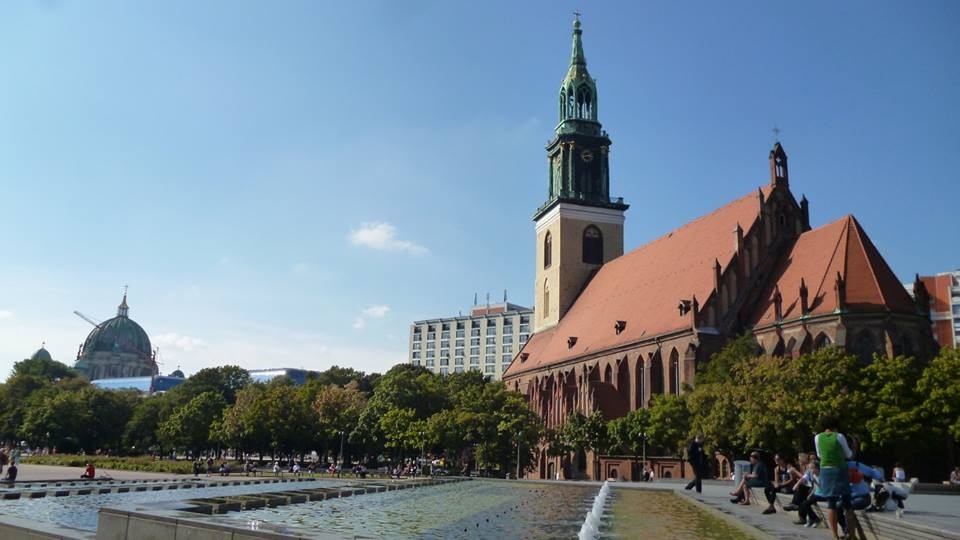 Berlin was one of the cities I was looking forward to visiting as I’ve read about it being a digital nomad hub with a reasonably low cost of living for a western European capital.

When I arrived in Berlin, I actually felt a bit of disappointment as the area I was staying in didn’t look very nice (I found out later that it was actually considered a pretty dodgy area). I also thought the prices of food and accommodation were quite expensive since I was just traveling in central and eastern Europe where the prices were much lower (I’ve just visited Amsterdam and compared to this city, prices in Berlin are definitely much lower at the moment). It seems that prices in Berlin have gone up quite a bit in the last few years probably due to its popularity.

But that changed quickly by the next day when I started exploring the city. I felt like I fit in right away. The atmosphere reminds me a little bit of New York City. Very diverse population, graffiti, people were very open to expressing themselves, a very active tech/startup community, crazy people, etc.

Berlin doesn’t have a true city center. Different districts have their own center where things were happening. Also, the different neighborhoods seem to have their own theme. For example, you’ll find neighborhoods covered with art and graffiti, others much cleaner and more organized, some by the river with grassy area and trees, and more modern areas.

There’s a lot to do in Berlin. A friend of mine who runs an online business and stayed in Berlin for more than 2 months actually told me that he didn’t get much work done while he was here because there were so many things to do, so many distractions. If you go to Meetup.com or Couchsurfing.org, you’ll always find something going on any day of the week.

On Sundays, most businesses are closed. A good way to spend a Sunday in Berlin is to go to Mauerpark and do some shopping at the flea market where you can get stuff for just a few euros. If you’re not a big shopping person, just walk around and watch the many street performers in the park. I was there my last full day in Berlin and really enjoyed the outdoor Sonntags Karaoke set up at a stone amphitheater-like area where people showed off their “skills.” It’s very entertaining to watch some of the performers and everyone was just having a good time, always cheering the performers whether they sing very well or very badly.

Here’s a list of some free/cheap things to do in Berlin:

Berlin is definitely a city I could see myself living in for a few months (granted that the prices don’t go up too much). It’s a big, lively city with something for everyone. I’ve met many people who originally came to Berlin just for a visit and ended up going back to there to live.